by Mark He from San Diego, California in United States

“Real heroes strive for the imperishable trophies” (Harper). In his essay “How Should We Choose Our Heroes?”, Charles Harper explains that heroes do not seek results or rewards, but rather to live up to core values such as patience and kindness. He emphasizes that although “fame, fortune, and power may come their way, attaining them is not their goal” (Harper). Heroes must possess a set of well-defined traits that distinguishes them from the rest of society, and defining those traits is critical. When asked who we think are examples of heroes, many of us would come up with a diverse range of local “heroes”: The kid who everyone thought would get nowhere, but studies hard and persists through difficulty to become one of the school’s top graduates; the young man who enlists in the Marines to protect the ones he loves, knowing that he might die doing it; the rich boss who one day decides to give away his own money to the homeless in the streets. These people usually have two important traits: persistence and selflessness. However, to be truly considered a hero, one must also make a large enough impact to become an inspiration for everybody around the world. A true hero is persistent, selfless, and does not only leave the world better than he found it, but also inspires others to do the same. 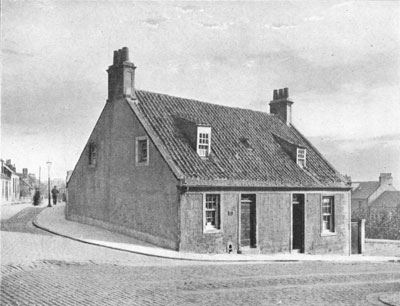 Carnegie's birthplace in Dunfermline, Scotlandhttps://commons.wikimedia.org/wiki/Andrew_Carnegie#/media/File:Andrew_Carnegie%27s_birthplace_-_Project_Gutenberg_eText_17976.jpgOne example of a persistent, selfless, and inspirational hero is Andrew Carnegie. Carnegie was born in Dunfermline, Scotland, 1835, to Margaret and Will Carnegie. After moving to Allegheny, Pennsylvania, in 1848, Carnegie began working at the Pennsylvania Railroad Company where he worked for 12 years, gaining insight into the railroad industry and introducing some of his own innovations as well. After the Civil War, in which Carnegie helped organize the Union’s telegraph lines, Carnegie left the railroad and began focusing on steel and iron production, and he eventually bought all his competitors, forming his famous “Steel Empire”. After selling Carnegie Steel to J.P. Morgan in 1901, Carnegie retired and focused his life on philanthropy, during which he sponsored many universities and founded thousands of public libraries. Carnegie died in 1919. A hero must possess the persistence to struggle through difficulty, as well as the selflessness and altruism to transform the world into a fairer and more equal place. Carnegie’s perseverance in providing money for his family and an education for himself, as well as his selfless donations to the public and protection of workers’ rights, make him an inspiration for all people and distinguish him as a hero.

In his younger years, Carnegie demonstrated extraordinary persistence in just about everything, from working to earn money for his family, to finding an education for himself, proving him a hero amongst the rest of society. When the Carnegies moved from Scotland to America in hopes of better financial conditions, the young 13-year old Carnegie immediately began hard factory work, which he wrote about in his own autobiography: “It was a hard life. In the winter father and I had to rise and breakfast in the darkness, reach the factory before it was daylight and, with a short interval for lunch, work till after dark. The hours hung heavily upon me and in the work itself I took no pleasure; but the cloud had a silver lining, as it gave me the feeling that I was doing something for my world - our family” (Carnegie, “Autobiography”  34). Although Carnegie hated his job, and found no pleasure in it, Carnegie knew that his family relied on his work, and he dedicated himself to working long hours to provide money for his family. Working from dawn to dark is not an easy task, and the ordinary person would usually be unable to commit to such a challenge. Persistence is a key element of heroism, because without it, heroes can not overcome obstacles, and Carnegie’s persistence was essential to overcome the poverty he was born into. Carnegie was not just a persistent worker; he also devoted himself to reading and studying during his spare time: “Although there was no opportunity for formal education, Andrew studied as much as he could at the free public library and learned double-entry bookkeeping at night school. He became an avid reader, a sophisticated lover of music, and a theatergoer with a passion for Shakespeare (he knew the Bard's work so well he could recite entire scenes from memory)” (“Andrew Carnegie”, Business). Carnegie’s acquired ability of reciting Shakespeare scenes from memory reflects dedication and passion of the highest level. He had no formal education, instead devoting his time to learning and reading by himself. Most people would not be able to commit to studying alone after an extremely long workday, but not Carnegie. Without persistence, heroes can not be considered as such, because all heroes must be willing to struggle through difficulty and challenge, and Carnegie’s determination to receive an education reflects this persistence. Andrew Carnegie’s perseverance and his hard work to earn money for his family while he was poor, as well as his commitment to learning as much as possible by himself, exemplify one of the core traits of heroes.

Carnegie Steel in Youngstown, Ohiohttps://commons.wikimedia.org/wiki/Andrew_Carnegie#/media/File:Carnegie_steel_ohio_panorama.jpgCarnegie’s selfless donations to the public and his compassion towards workers differentiates him from the rest of society as a worthy hero. After Carnegie retired, he devoted the rest of his life to philanthropy, and he funded numerous educational buildings: “Carnegie's own distributions of wealth came to total about $350,000,000, of which $62,000,000 went for benefactions in the British Empire and $288,000,000 for benefactions in the United States... contributing to various areas of scientific research” (Carnegie, Britannica). Carnegie selflessly gave away 350 million, which would be about 10.5 billion dollars today. He gave it away to fund education and the building of public libraries all around the world, which he knew would help the poor gain more opportunities to achieve the same status Carnegie had attained. In donating his hard-earned money for the benefit of others who are not as fortunate as he is, Carnegie proves himself as selfless and generous. Selflessness is a necessary trait of heroes, since heroes must help others, especially those who can not help themselves, and that’s exactly what Carnegie does. During Carnegie’s time, there were no labor and union laws, and often times business owners would exploit their workers as much as possible, but not in the case of Carnegie: “Carnegie's business practices also affected the position of struggling workers. In an era that lacked laws that protected workers' rights, Carnegie was not anti-union. In 1886, he published an article in Forum Magazine defending workers' right to form a labor union, and the following year he intervened to force his partner, Henry Clay Frick, to settle a strike that Frick had wished to break” (Andrew Carnegie, Gale). Carnegie was compassionate towards his own workers, showing his selflessness, since he could’ve easily ordered them work for pretty much as long as he wanted, but he cared more about his workers’ rights than his own profit. Because there were no laws protecting workers during Carnegie’s time, just about any business owner would’ve taken advantage of their workers for their own selfish wants. Carnegie’s selflessness proves him as a hero, since he helped better the lives of the common people, by not forcing them to work from dawn to dark like he had to as a child. Carnegie’s selfless donations to the public and compassion for his workers distinguish him as a hero, since he made the world a better place for the common man. 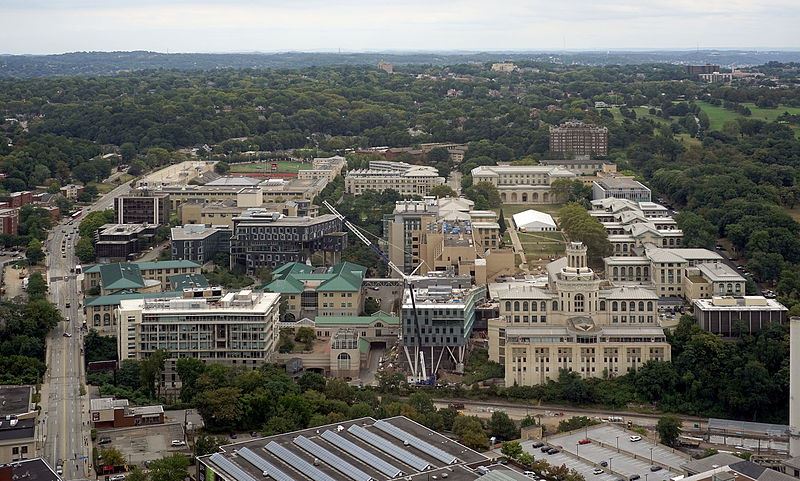 Carnegie Mellon Universityhttps://commons.wikimedia.org/wiki/File:Carnegie_Mellon_University_as_seen_from_the_Cathedral_of_Learning.jpgAndrew Carnegie is a true hero because his hard work and selflessness inspire people everywhere to persevere through difficulty and to give away what they do not need to help others. He worked very hard in the unpleasant conditions of the factory, while at the same time devoting all his spare time to learning as much as possible at the local library, exposing his perseverant, determined character. When Carnegie started running his own businesses, he exemplified selflessness through his philanthropy and his defense of workers rights. Carnegie is an inspiration to everybody because of his extremely hard work as a child, eventually enabling him to escape the poverty he was born into. However, this hard work paid off, and Carnegie became the richest man in America,  inspiring people all throughout the country that with hard work and persistence, anything is possible. Furthermore, Carnegie did not just donate his vast wealth; he also called for other rich men to donate as well: “This, then, is held to be the duty of the man of Wealth:... to provide moderately for the legitimate wants of those dependent upon him; and after doing so to consider all surplus revenues which come to him simply as trust funds, which he is called upon to administer... for the community… doing for them better than they would or could do for themselves” (Carnegie, “The Gospel” 12). Carnegie’s selfless philanthropy and his call for others to help the common man inspired a huge wave of philanthropy. The institutions he sponsored can still be found today, and Carnegie’s legacy continues to inspire people around the world to be more altruistic. Carnegie has also inspired me personally. Being a tennis player, I often have to struggle through my matches, since there is little time for rest. And sometimes, there is nothing that I want to do more than just give up. My arms are heavy, my legs are tired, my feet are sore. There is no way to win, no way to leave this match satisfied, so why not just live to fight another day? But then, I remember how Carnegie had to work under those terrible conditions as a child, just to provide money for his family when his father could not. And somehow, through that unbreakable determination and persistence, Carnegie was able to escape the bonds he was born into, and become one of the most successful businessmen in America. And with those thoughts, I regain my energy, lift my head, straighten my back, and aspire to to work as hard as Carnegie did. Carnegie is truly an inspirational figure in his hard work as a child, and his sponsorships to support education and create more opportunities for the poor. While fame, fortune, and power did come his way, that was not his goal. Carnegie’s goal was to use that fame, fortune, and power to make the world a better place for all mankind.

Carnegie, Andrew. “The Gospel of Wealth.” The Pall Mall Gazette, 1889.