Angela Merkel: The Epitome of a True Hero

“Sometimes, you need to serve in order to lead.” This quote from Homer's epic poem The Odyssey argues that a leader is someone who does not just tell people what to do but is also someone who helps people in times of need. It is similar to the saying: “Be a leader, not a boss.” Unlike a boss, a leader shows honesty and takes the time to build trust. 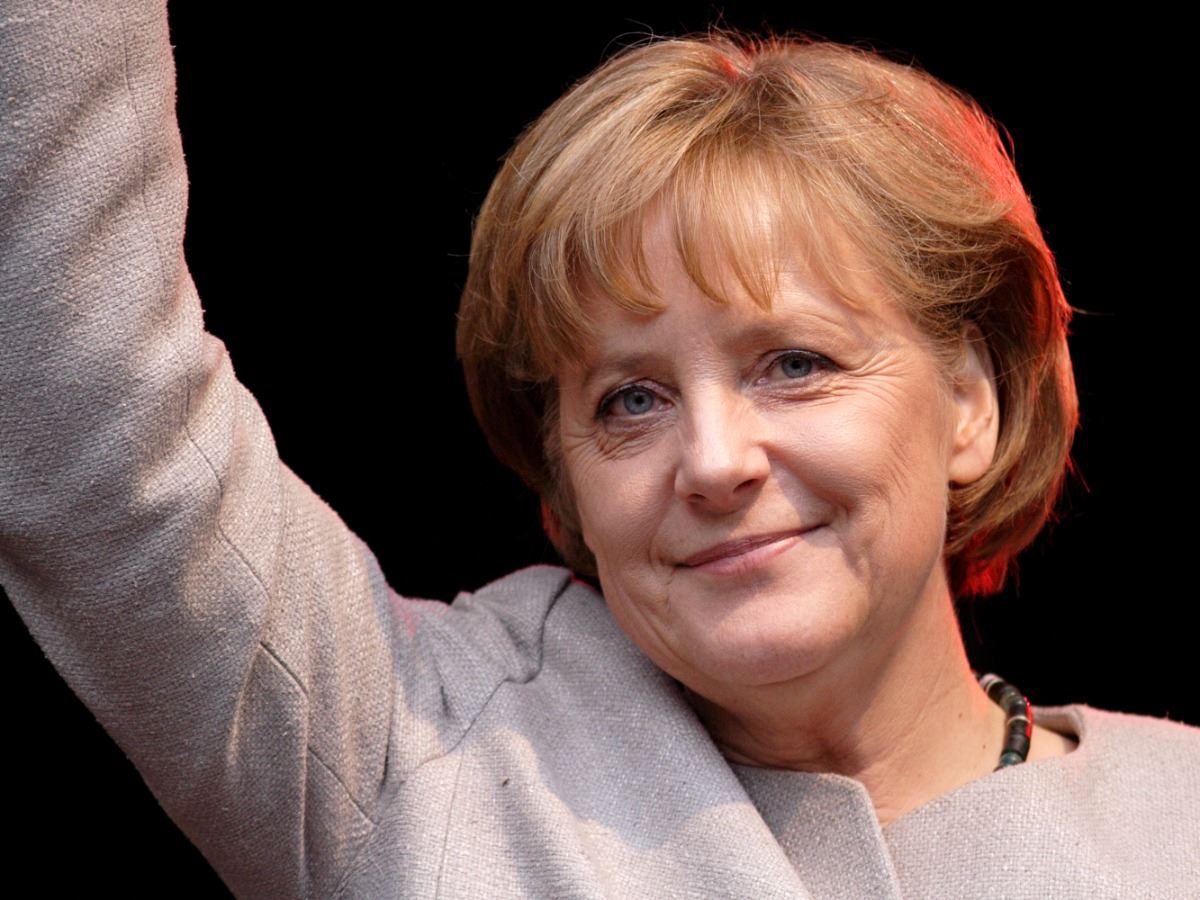 To me, a leader is a hero because they take risks in order to aid others, show compassion, as well as encourage them to look towards a better future as better people. Heroism can be found in the most ordinary of people. It can be found in a teacher who works to give her students an education in order to better their future. It can be found in a doctor who spends every hour treating patients and saving lives. It can be found in an exhausted parent working to earn money by day, yet taking the time to tuck their children in bed at night. These people work hard everyday so they can feel the joy and satisfaction of helping others. They also possess the values of a hero: patience, courage, compassion, and selflessness.

In addition to these values, I believe that a person capable of being an admirable hero needs to be someone who cares for the well-being of others through their moral integrity and strong leadership skills.

Who would have ever thought that an ordinary girl pursuing her dreams of becoming a chemist would one day become one of the most powerful and influential leaders of the world? German chancellor Angela Dorothea Kasner, later known as Angela Merkel, was born on July 14, 1954, in Hamburg, Germany. Merkel was the daughter of a pastor and his wife. Although she was trained as a chemist, Merkel moved into politics after the 1989 fall of the Berlin Wall. After she rose to the position of chairwoman of the Christian Democratic Union Party in 2005, Angela Merkel became the first female chancellor of Germany, and has continued to lead since. During difficult times in Germany, Merkel did whatever she could to save her country. She displayed a sense of morality, used her influence in order to protect others, and proved her loyalty to her country. Despite stirring controversy many times in her own country, Merkel has proven she is the epitome of a true hero. Leading Germany from recession, she combined conscientious integrity and powerful leadership skills. 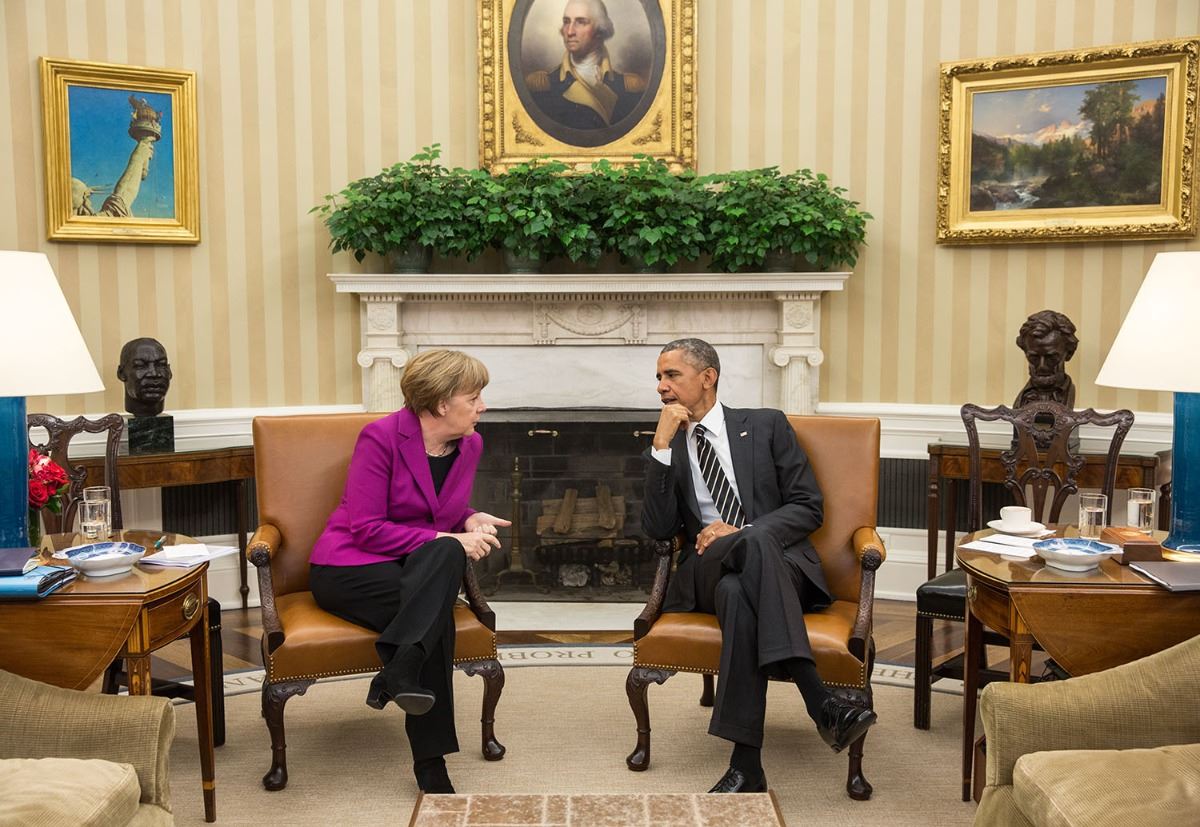 Merkel repeatedly shows her moral integrity, doing what she believes in. Her willingness to help others in need when no one else would proves that she is a hero. When the world turned away from the asylum seekers seeking refuge, Merkel took matters in her own hands, and decided that Germany should not ignore those in need: “Throughout 2015, conflicts throughout the Middle East caused large numbers of immigrants to pour into Europe, many seeking asylum. While some European nations turn the asylum-seekers away, Merkel steered Germany towards a more tolerant route. She argued that Germany should not turn away from those in need, no matter the circumstances. Though Germany's borders and resources were strained by the influx of thousands of immigrants, Merkel stayed her course” (Angela Merkel Gale).

Merkel’s actions were admirable because she helped save thousands of lives by not turning away. She stood by her values and did not let surrounding nations or internal political pressure override them. A true hero does not selfishly prioritize his/her nterests or the country’s interests but instead, seeks to preserve and improve all lives.

Instead of displaying false sincerity or acting ostentatiously, Merkel promotes values of honesty, simplicity, and quality: “Merkel does not want to be judged by her gender or favoured because she is a woman, and that she will never give insight into her private life in order to gain more votes. Merkel wants to let it be known that she prefers content above status or display. Merkel also wants to be regarded as a sincere, capable and trustworthy politician, the perfect candidate to rule Germany for a third term, and to manage affairs in Europe for that matter” (Kornelius 239). By no means does she let anything but her actions define her, because what a country needs is a leader knowing what to do when facing trouble. Like Spiderman who is famous for saving lives and living the personal life of a normal boy, Merkel leads others authentically as a German chancellor while keeping a private life as an ordinary woman.

Moreover, Angela Merkel used her leadership skills to protect her country in times of recession. Merkel became recognized by many through her accomplishments and leadership skills during the economic crisis in Germany: “Ms. Merkel, Germany’s leader for more than a decade, emerged as a major global figure in the wake of the 2008 global financial crisis. At home, she oversaw a plunge in joblessness and an economic expansion that contrasted with misery in much of the rest of Europe.” (Ewing 9). During that harsh time, Merkel encouraged the people of Germany to do their best through her inspiring leadership. Because of her, Germany was restored back to its grand glory.

Merkel is also known for being a cautious leader, and the heedful way she leads Germany is what makes the Germans love her: “... Germans have grown to love Mutti (mummy) because, as some claim, she’s a blank canvas. Or, could it be they have unconsciously developed a more evolved way of thinking about leadership than our US-inspired political culture allows? Wouldn’t it be healthy for our democracy too if we could bust the myth of charismatic leadership? Good performers make great television but we might do better to put our trust in conscientiousness, tenacity, the ability to take heed more than risk, and in a leader more comfortable in their office boringly solving problems than glittering in the spotlight” (Butler 15).

Angela Merkel, Chancellor | Biographyerkel is also described as boring, yet she is viewed positively because of it, because people feel comfortable and relieved that their interests will be safeguarded and not risked. Merkel protected the people of German, and they trusted her. A true hero is someone who doesn’t just shine in the spotlight, but someone who can be trusted because they constantly put effort in their work.

As the hero herself once said, “I might bend, but I will never break because it's in my nature as a strong woman” (Merkel). Through her inspirational words and actions, Angela Merkel proves she is a strong, capable and admirable hero. Even when defending Germany, Merkel remains unbiased. She governs and shields the country through her moral integrity and her distinguished leadership skills. Because Merkel always prioritizes the lives of others, she saved and continues to save the lives of thousands of people. She remains an honest leader who wants the best for others: “We are going to manage this- if there are obstacles to overcome, then we will have to work to overcome them” (Merkel).

Merkel does not abuse her powerful position of chancellor, but instead, she uses it to defend, lead, and encourage others. Angela Merkel inspires others not only because she was the first female to hold office as a chancellor in a male-dominated party, but because she protected her country and stood up for her values and for life when no one else did. Though Merkel remains a puzzle, she is an inspiration to me because she does not let the powers given to her change her values.

Today, politics and corruption go hand in hand. Many of our leaders, once they have gained power, have become insincere, fake, and corrupt pursuing their own interests. They mistake one win for superiority and flaunt their wealth and influence. Forget humility and truth, arrogance is the new standard! However, Merkel is different. She is honest, modest, and always wears the same simple clothes every time she makes a public appearance. She also prefers to work in the corner of a meeting table than at the magnificent desk that sits in her vast office. Unlike public figures who let fame get to their head and corrupt them, Angela Merkel never changes her values and morals.

Merkel is an inspiration to me because of her selflessness and her indifference to power and wealth. She taught me that it’s possible to do anything as long as I can put my mind to it and that my gender does not define me or stop me from achieving my goals. In my life, I hope to be someone who does not let sexism change who I am and someone who encourages others to do the same. Although I do not have the courage to speak publicly and confront others, I want to be a cardiac surgeon because I want to help save people in my own way. I also want to encourage people to be the best they can be. When I think about Merkel, I think of an ordinary person making an extraordinary difference by protecting and guiding others in times of trouble. Merkel is not just a hero. She is a leader who helps people climb the highest and most difficult of mountains, and to reach the pinnacle of achievement.