by Kayli P. from United States 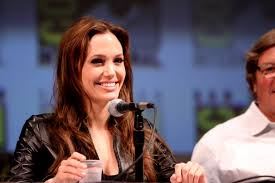 Many children are very unfortunate. Angelina Jolie is someone who cares very much about this. Angelina adopted three children, while having three biological kids of her own. Angelina Jolie is a caring, hardworking person who does life-changing things for children that have struggles.

Throughout her adult life, Angelina Jolie has been a parent to many children. Angelina Jolie was born on June 4, 1975, in Los Angeles, California. Her full name from birth is Angelina Jolie Voight. First, In 2002, she adopted her son Maddox. Then she adopted Zahara in 2005. After that, she adopted Max in 2007. Next, she had her biological daughter, Shiloh, in 2006 and her twins, Leon and Vivienne, in 2008. In 2014, Angelina got married to Brad Pitt, her third husband. Jolie said that her husband never wanted to adopt Maddox, but she cared so much she made him.

Her desire to help children who are less fortunate began when she saw how difficult life was for some children living in poor conditions. Angelina first decided to adopt when she was filming the movie Tomb Raider. She had to go to another country to film and realized how unfortunate some children are so she wanted to make their lives better. When she adopted Maddox, she became a Goodwill Ambassador by the UN refugee agency.  Then, once she adopted her second child, Zahara, in 2005, she won a Global humanitarian award, for her activism in refugee rights.

Angelina Jolie is a real hero, as she cares for children who have no home and no parents. She gives them a better life. Jolie has a successful acting career and is still able to take good care of her children because she cares for them very much and overall is a kind-hearted person.