by Kaelyn from Chicago, Illinois in United States 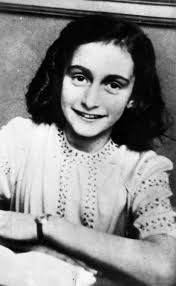 Smart Anne Franktime.comAnne Frank was going to be put into a concentration camp, also she died. Her dad published her diary to a museum, then she became famous and a hero. When she was young she had to overcome being a Jew, because she was going to get caught by the Nazis. She was being very brave during that time. The third thing about Anne was that she was very confident because she hid in that house. That takes bravery and confidence. When Anne Frank was younger, she hid in somebody’s house to hide from the Nazi soldiers. She was hiding because the Nazis were coming for all the Jewish people, to hang or kill them or take them to concentration camps.

Anne Frank was going to be taken and killed by the Nazis. Every single day she would write in her diary. Anne Frank was born June 12, 1929. She was born in Germany. These are some things I learned about Anne Frank.

Next she helped others very much with different things. She was very strong when she had to hide at the top of someone’s house to hide from the Nazis so they couldn't hurt Anne Frank and a lot of others. The Nazis captured them and killed them or took them to concentration camps. That’s how Anne Frank changed society. 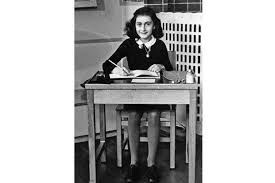 Anne Franklivemint.comLastly Anne Frank is a hero in many ways. Anne is very inspirational because she did so much stuff to help other people around her. She was really kind. Anne also was very brave because she hid in Amsterdam in someone’s house. That is why Anne Frank is my hero. She tried hiding from the Nazis.

List of suggested heros - This where I found Anne Frank. You can find other heroes here and you can vote for them and find plenty of heroes on this website.