by Kelly Yu from San Diego 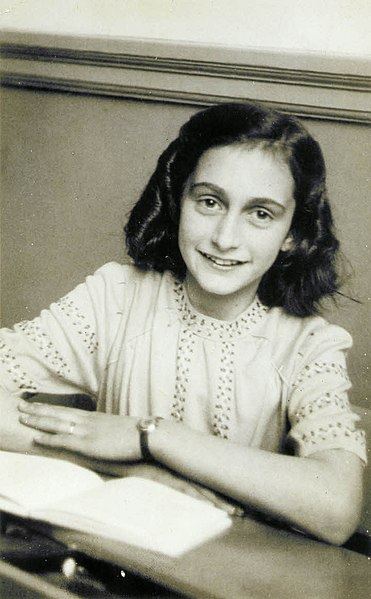 Anne FrankAnonymousUnknown author [Public domain]“I don't think of all the misery, but of the beauty that still remains.” This is one of the most famous quotes from Anne Frank’s diary “The Diary of a Young Girl.” Anne Frank wis a German-born Jewish diarist during World War II. When Adolf Hitler’s Nazi Party won the Federal Election, Anne and her family decided to move to Amsterdam so they could escape from the German police. A while after Anne was 10, the Nazis invaded the Netherlands. Therefore, they decided to go into hiding in the Secret Annex. They stayed there for about 2 years, then got caught by the German police. Anne died when she was in the Belsen-Bergen Concentration Camp because of typhus fever. Anne Frank was an optimistic person, and she also had the ability to control her emotions. These are traits that a hero should have. When they were hiding in the annex, the place was cramped and they had to be completely quiet for most of the time. However, Anne was still a very optimistic person, and she had the ability to control her emotions, even in such bad conditions.

Anne Frank was an extremely optimistic person, even in bad conditions like living with strangers and living in fear of being caught. When Anne Frank was 13, her family and other 4 people went into hiding in the Secret Annex. The place was crowded. But she always had hope for everything. “Anne and her diary have been nearly synonymous with a particular form of hope, that is, faith in humanity and the future.”(Home). Anne wrote about how living in the same room with a stranger was really hard as his pedantic lectures and odd personal hygiene habits continued irritating her. She often heard stories about how the police would knock on every door to ask if there were any Jews living there, if yes, then the whole family would be taken away. And how people were being beaten until they dropped. However, she always tried to stay positive and had hopes for everything because she knew that it wouldn’t help even if she cried or complained. She often had difficult times in her life, but she always had hopes for her future and other things instead of complaining about it. “It’s difficult in times like these: ideals, dreams and cherished hopes rise within us, only to be crushed by grim reality. It’s a wonder I haven’t abandoned all my ideals, they seem so absurd and impractical. Yet I cling to them because I still believe, in spite of everything, that people are truly good at heart”(Frank, Annelies Marie). She wrote a lot about how life was always really hard being a Jewish person, hiding in the cramped annex. Also, they were always scared about being arrested by the police. She was scared because of all these things but she also knew that crying about them would not help at all. On the contrary, it would just make all the people in the annex more scared. Anne believed in herself, and other people. That’s why she could be so optimistic. In spite of everything, she still believed in her dream- to become a writer. Also, she had dreams for the world, she believed that the war was going to end someday. To conclude, Anne Frank is a hero because she was always optimistic, even in terrible situations like living in a cramped annex and living in fear every single moment. However, she knew that crying or complaining about it wouldn’t help at all. But she knew that having hope for herself and the world would make her feel better. 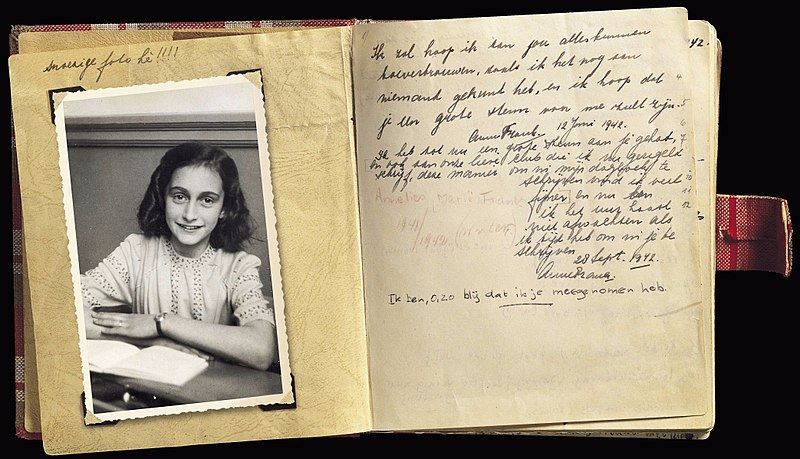 The Diary of Anne FrankAnne Frank [Public domain]A lot of people think that Anne Frank suffered from anxiety and other mental illnesses., which is not surprising since she had been through so many things. However, the important thing is that she knew how to control her emotions. “I catch myself laughing and remember that it's a disgrace to be so cheerful. But am I supposed to spend the whole day crying? No, I can't do that. This gloom will pass”(Frank, Annelies Marie). This quote was from “The Diary of Anne Frank”. She was saying how it was really disheartening just even to listen to Mr. Dussel talking about how cruel was the German police. She imagined her friends being found out by them and being tortured by them. But she replaced sadness and panic to waves of laughter and creating a positive atmosphere. She always had dreams for herself and the world. She knew that the war was going to end one day as she wrote: This gloom will pass. This is the reason why she was not extremely depressed about what she was facing. It’s not healthy for someone to keep their feelings inside. However, Anne Frank did a great job expressing her feelings in some good ways. “Anne always finds something to do to reduce her sadness, fear and anxiety”(Riawandono, One Ivonda). Her diary is full of her experiences and her emotions during the time of World War 2. What she had been through was huge. But still, she managed to be let all those feelings out. On the other hand, she was always grateful for all the things she had: she was grateful for her family and having people to help them with hiding. Because she knew that being happy is a thing that she could do for herself and the people around her. She knew that the way to be truly happy is to make people around her happy too. In conclusion, Anne Frank is so admired because she knew how to control her emotions. She knew that crying and complaining about her situation would not help at all. Therefore, she always had dreams and hope for herself and the world. Also, she knew the proper way to express her feelings, like writing in her diary. And she knew that her happiness would make other people happy too. 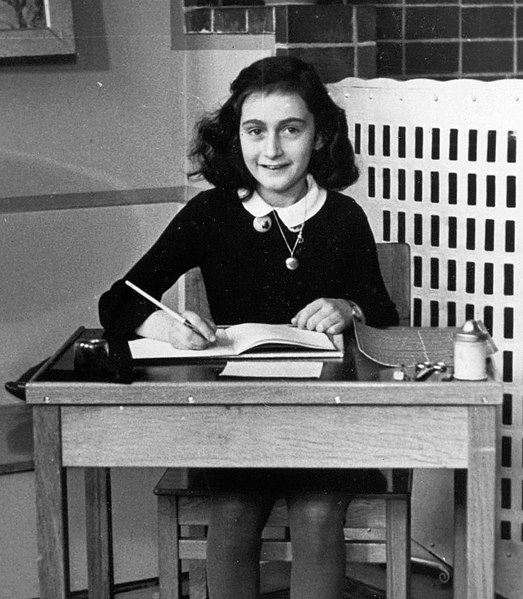 Anne FrankUnknown photographer; Collectie Anne Frank Stichting Amsterdam [Public domain]Anne Frank is seen as a hero. she changed the world using her diary. She was an optimistic person. Also, she knew how to control her feelings. Even in bad situations like living the cramped annex with strangers. And feeling scared because they could be arrested by the police any time. Anne Frank is a hero because she was always optimistic. No matter what situation she was facing, she always had dreams and hopes for herself and the world. Also, she knew how to control her emotions. Instead of being depressed about her situation, she expressed the feelings in a proper way. She also knew that being grateful for all she had is the way to be happy and it would make other people happy too. Comparing Anne Frank’s situation to the situations that nowadays people face, Anne Frank’s situation was really so much harder. Sometimes, we tend to overwhelm ourselves with things that aren’t really that bad. Anne Frank taught us to look at the things we have around us, and be grateful for all these things. Also, there are a lot of people who are facing a lot of different emotions which should really be properly managed, but they decided to not care about them. Anne Frank taught us to express our feelings instead of keeping the bad feelings to ourselves. In summarize, Anne Frank is a hero, she changed to the world using her optimism and she taught us that it’s important to control our emotions in a proper way. She taught us to be grateful for everything we have even in terrible situations. Therefore, she truly deserves to be a real hero.

Anne Frank: The Diary of a Young Girl by Anne Frank – Review.” The Guardian, Guardian News and Media, 28 Sept. 2015, www.theguardian.com/childrens-books-site-anne-frank-the-diary-of-a-young-girl-anne-frank-review.