by Skylar Marshall from San Diego 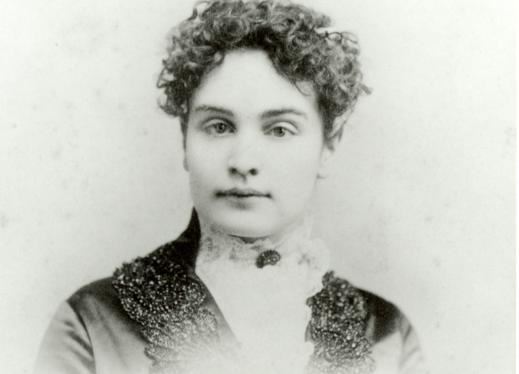 Anne Sullivan (Circa 1887)www.perkins.org“Stay positive and happy. Work hard and don't give up hope. Be open to criticism and keep learning. Surround yourself with happy, warm and genuine people.” (Tena Desae). Anne had led a positive life, and she never gave up. The well-known teacher to Helen Keller, Anne Sullivan, had a challenging childhood. She was afflicted with an eye disease, trachoma, at the age of five which slowly deteriorated her eyesight. Anne Sullivan was left in her father's care when her mother died, but he eventually left her at a poorhouse because he wanted a different life. Eventually, at the poorhouse, she would meet Frank Sanborn, the man who would change her life. He helped her secure a spot at Perkins Institute for the Blind where she was introduced to the Kellers. She was always selfless, so when she started working with the Kellers she never stopped working with Helen. Her Determination was another thing that pushed Anne to be her best self. Anne Sullivan possessed two traits, determination and selflessness, which ultimately led her to lead a life as a hero. 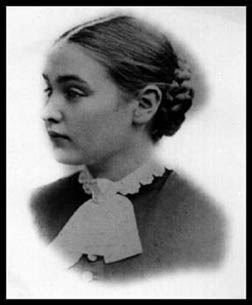 Anne Sullivan (Circa 1881)www.afb.org Nothing was going to make Anne give up, so when things got tough determination helped her become stronger. An example is when Anne got admitted to Perkins Institute for the Blind, and “she faced near-constant humiliation and struggle[d] as a result of her earl[ier] social and educational neglect, [until she] graduated from the Institution with honors in 1886” ("Anne Mansfield Sullivan."). When Anne first started at Perkins, because of her lack of education, she was always falling behind. This likely would be a point when any other person might give up, or perhaps feel overwhelmed. For Anne, this was her opportunity to showcase how bright she was. Her deficits didn't prevent her from being successful, but she merely didn't have the tools to build her success. When the tools were finally in place, she not only completed her education; she excelled. Anne gave some insight to Alexander Graham Bell on the way she taught Helen and she said that “by receiving a steady and intensive stream of manual communication [...] Helen [could] acquire a full, idiomatic vocabulary”(Hoxie). Anne was hired to teach Helen to communicate and be able to make connections with words and their objects/meanings. She was masterful in maintaining patience because Helen was a challenging student. Helen was unable to speak, hear and overall had no communication skills. Anne’s steady hand and consistency with keeping her pupil engaged ultimately led to Helen’s success. Anne had to be consistent, patient, and overall have the internal motivation to keep going. Anne was faced with a student not just resistant to learning, but also a student failing to thrive. Through her vibrant, thoughtful direction, she shaped Helen’s future; developing the gift of being able to connect with others. Anne was determined to be successful, not only with her personal needs but also with her teaching. Through her grit and desire for a better life, she put forth the efforts to push through her diminished sight to become an independent success. Additionally, she utilized her personal gain to help a pupil. Without Anne’s support, Helen would likely have struggled. She wouldn't have had the tools that Anne worked so diligently with Helen to create. 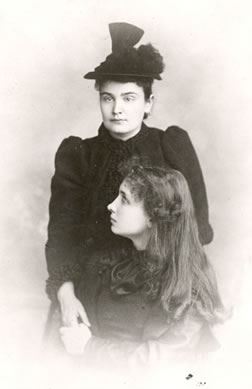 Anne Sullivan with Helen Keller (Circa 1893)www.afb.org Anne Sullivan was a selfless person who put the lives of others before her own life. Anne never started teaching Helen with the intent of becoming famous, so when their popularity was increasing “[...]She so willingly took a back seat to her pupil and downplayed her own accomplishments” (“Anne Sullivan Macy”). As a teacher to Helen; Anne could have had the attention on her. Helen was not only blind, like Anne, but also deaf. The proof that Anne could find ways to reach Helen and mold her into being able to learn would have likely been a trait to admire. Anne never joined the Keller's for fame or attention. She was genuinely in the profession to help Helen. Anne was determined to provide Helen with a way to communicate just as she had been afforded tools to succeed.  This is truly a passion and selfless act to aid a fellow person. As the years went by “[Anne’s] condition grew rapidly worse, [...]] [b]y the spring of 1935 she was totally blind”(Hoxie). In Anne’s later years Anne was too focused on helping others that she didn't take the time to help herself. She was taking care of Helen, hence why she ignored her deteriorating eye disease, and ultimately lost full vision. Anne’s selflessness was a true gift to Helen, but in the end, led to her own health decline.

Anne Sullivan is a hero because of her determination to do better and her selflessness that made her want to help others. Throughout Anne’s life, she worked hard and pushed through challenges. These challenges would be difficult to overcome, and she did with determination and selflessness. “In 1900 Keller entered Radcliffe College with Sullivan by her side, becoming the first blind or deaf person to pursue a university education. Sullivan's assistance was integral to Keller's academic success; she attended lectures alongside her student, translating the information using sign language, and helped Keller complete her reading and writing assignments” ("Anne Mansfield Sullivan" Encyclopedia of World Biography).

Anne is inspiring because she was able to make Helen the first blind, and deaf person to go to college because of all the work she put into Helen. I believe that Sullivan is a true hero for many reasons. She never gave up on Helen and herself. After learning about her, I know if I set my mind to success I can achieve it. Anne’s story helps me feel confident in the choices I make. Knowing she had so many obstacles and persevered that she was able to get through them is a great model of how to succeed in life. Anne Sullivan was an incredible person. She faced adversity and didn't let that stop her from achieving her best self. Once she was personally successful, she then gifted that to her pupil, Helen Keller. She selflessly aided Helen to her great successes as well. Anne truly deserves her hero status.