My page will speak about Anne Sullivan and her heroic acts that influenced the world in a positive light. From growing up in an asylum where death was an everyday occurrence, to becoming the teacher of famous student Helen Keller, Sullivan certainly worked her way up to the top. She is a positive role model for young kids and teachers through her constant perseverance.

by Yael Pasternak from San Diego, California in United States 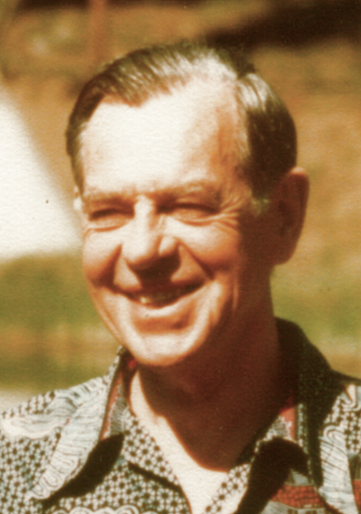 Joseph Campbell, famous educatorBy Joan Halifax - flickr_url: [1], CC BY 2.0, https://commons.wikimedia.org/w/index.php?curid=17242629American professor Joseph Campbell once said, “a hero is someone who has given his or her life to something bigger than oneself.” Campbell, a famous educator at Sarah Lawrence College, worked in comparative mythology and religion to understand humans and their intentions within the world. Through his many books, he revealed that any ordinary person can become extraordinary. In modern society, many hope that the people around them will step up to the plate and permanently influence the world. Rather than waiting for others to make a change, true heroes lead by example and form a template for others. They are independent and trust their problem solving skills to help them through life. Ignoring their obstacles, these heroes must know how to handle the worst of situations. Second, all heroes must be selfless, which they can accomplish by constantly giving back to their community in order to better it. By combining these two traits, anyone can make an impact that will forever affect our world. 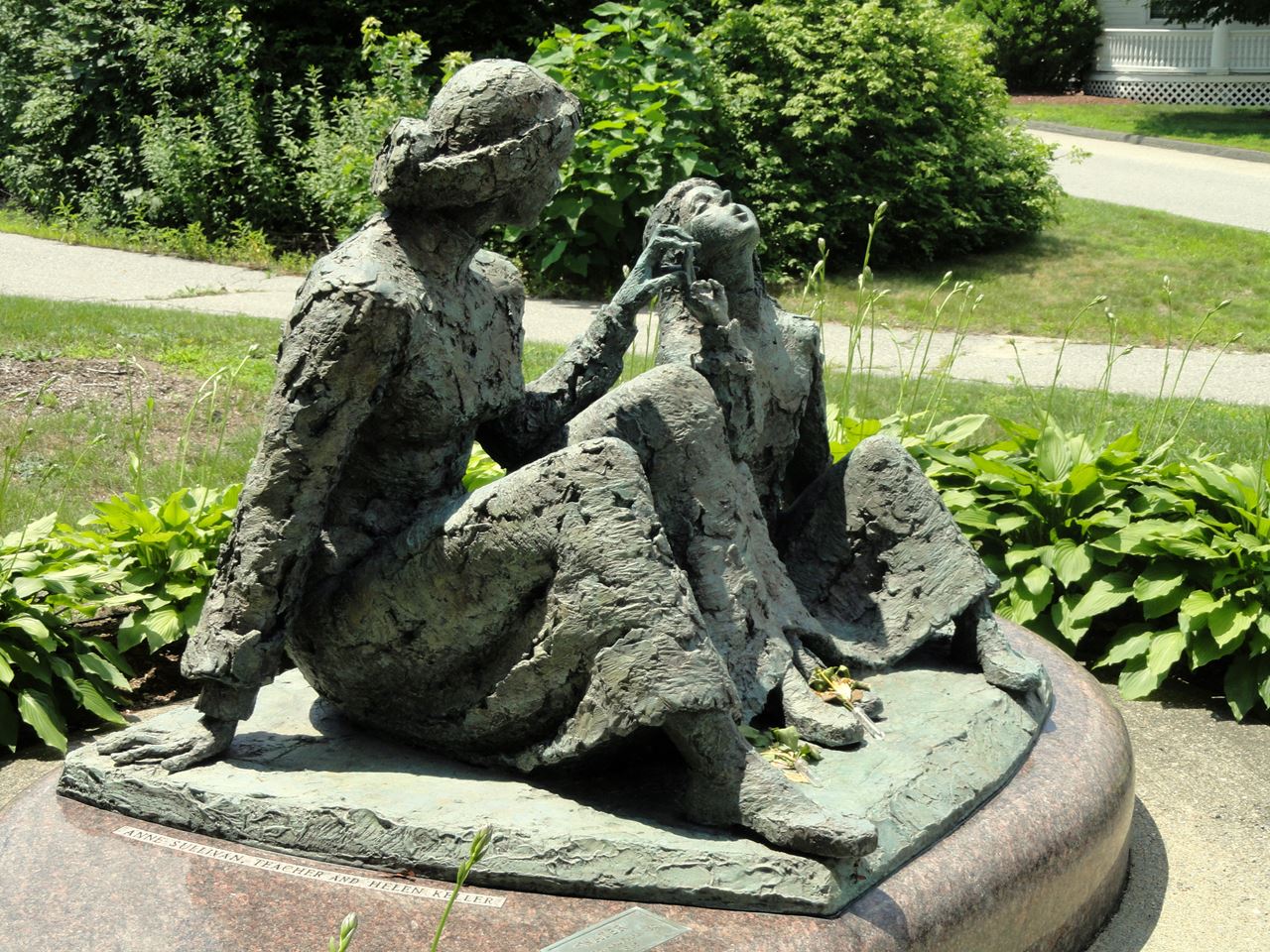 Tewksbury memorialBy Daderot - Self-photographed, Public Domain, https://commons.wikimedia.org/w/index.php?curid=15734550One woman that has proved herself to be worthy of a hero title is Anne Sullivan. Although she is simply seen as Helen Keller’s teacher, she is the reason behind her success, and her influence has done great things for society. However, before becoming the innovative woman that she was, Sullivan faced many hardships. Starting from her childhood, she struggled with poor vision and grew up in the lowest class, with an alcoholic, abusive father and without a mother. Later, circumstances only worsened when Sullivan and her little brother Jimmy were sent to Tewksbury Hospital at the age of 10, an asylum that claimed it would "take care” of her poor vision and his weak hips, and the same place where her brother would die a few short months later. Now alone, she was left in one of the most traumatizing environments, where death and violence were an everyday occurrence. Although it was nearly impossible, Anne persevered through her hardships and turned her entire life around in order to go to school and later on find new ways for the blind and deaf to communicate, bringing hope to both students and teachers. Through her incredible problem solving skills and selflessness, Anne Sullivan became the brain behind a cultural renaissance in the way people with disabilities assimilate themselves into society and is a true modern day hero. 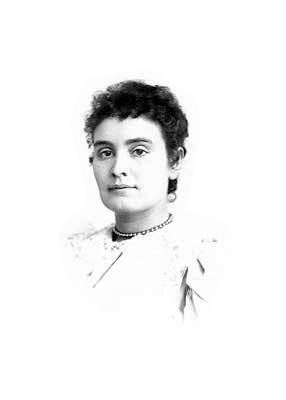 Anne Sullivan as a young adult, after TewksburyBy unknown; User Hans Dunkelberg der Jüngere on de.wikipedia - http://www.perkins.org/museum/images/sectionimages/large/AnneSullivanAl_sm.jpg, Public Domain, https://commons.wikimedia.org/w/index.php?Due to her traumatic childhood, Sullivan acquired a set of problem-solving skills which she later applied to her career. From growing up in an unstable family to later being sent to an asylum called Tewksbury Hospital, where she was mistreated and robbed of any innocence she had left, her life had never been easy. Therefore, she needed to learn how to be independent and take care of herself.  In the book Beyond The Miracle Worker, author Kim E. Nielsen explains that this independence was a must for her, especially in a place where “Rats easily came in and out of the holes made by pipes” (page 18). By using her perspective, Sullivan learned to adjust everyday problems like these rats, which would scare off any other person that saw them. She knew that she could not change what happened to her but rather what she would make of it. Although rodents might not seem like a real struggle, they built a foundation for her problem-solving and her ability to flip the worst situations. This was something she carried on throughout her entire life. Sullivan continued to use this trait during her time at Tewksbury Hospital, especially since it helped her escape from there. This is shown again in Kim E. Nielsen’s biography, which states that as people came to inspect Tewksbury, she viewed this as an opportunity to leave: “Literally hurling herself at the investigators as they were about to leave, Annie begged for a chance to attend school…” (page 32). In her own ways, Sullivan knew how to get around obstacles and receive what she wanted. Even later on, after already being admitted to Perkins School and being behind everyone her age, she managed to advance so quickly that she became valedictorian and was offered a job as blind and deaf student Helen Keller’s teacher, starting a life-changing career. This skill that she possessed carried her far in life and allowed her to never give up hope in what could come her way, although all odds were against her from the very beginning. 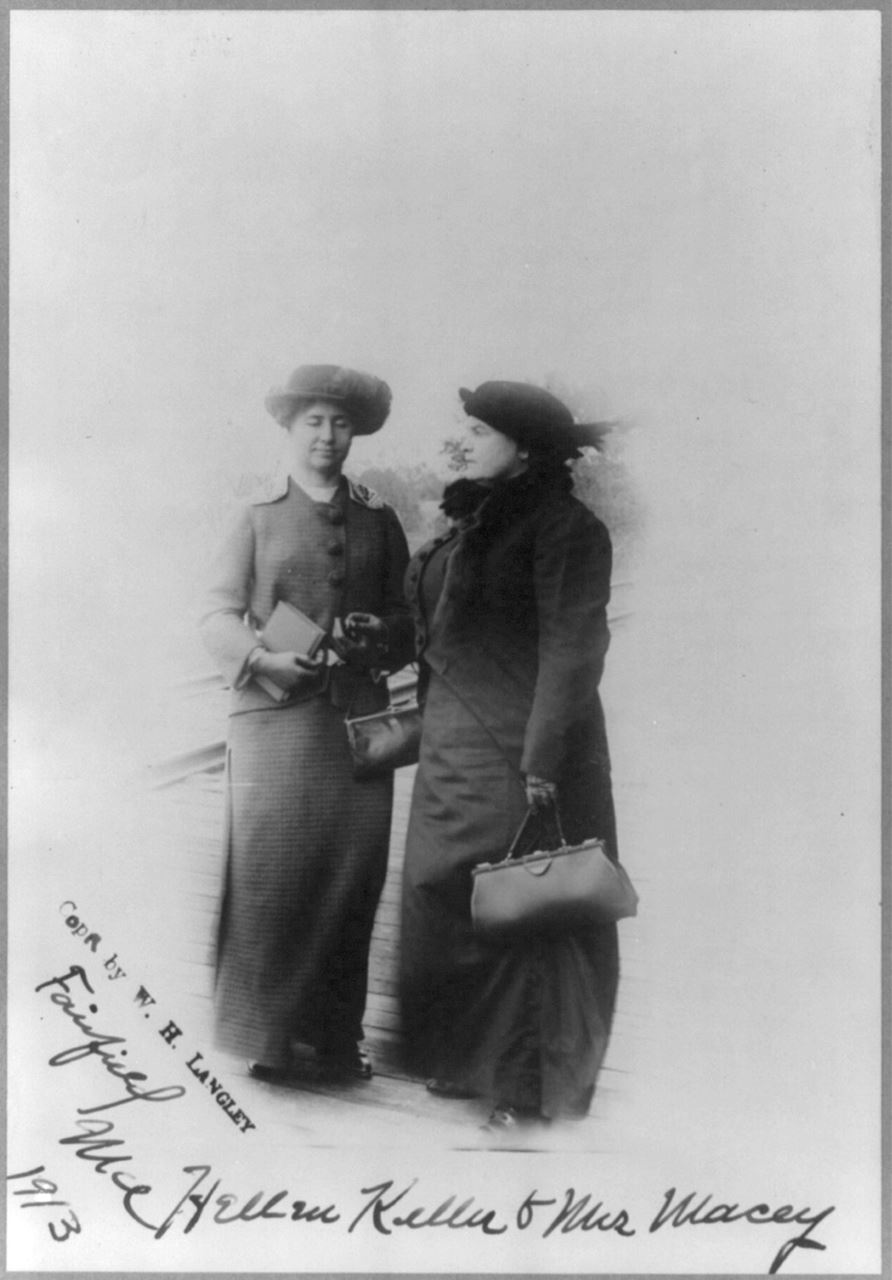 Anne Sullivan and John MacyBy Miscellaneous Items in High Demand, PPOC, Library of Congress - Library of CongressCatalog: https://lccn.loc.gov/2002706628Image download: https://cdn.loc.gov/service/pnp/cph/3b20000/3b26000/3b2600By sacrificing herself in order to help Helen Keller progress, Sullivan is also viewed as selfless. This trait is portrayed in the article “Anne Sullivan Macy,” written by the World of Health, which states that her relationship with Helen was so important to her to that she felt she needed to give up her marriage in order for her student to be successful: “...Sullivan found it difficult to spend time away from Helen, and John Macy grew discouraged at having to share his wife with a blind student” (paragraph 8). Sullivan chose to eliminate anything that could get in the way of Helen and her goals, although it interfered with her personal life. She always believed in putting Helen’s career ahead of her needs, and her selflessness became the reason why this young girl began associating words with objects, a concept that was completely new to the disabled. Anne once again proves her devotion for her student in her transcript letter within the article “Anne Sullivan Macy: The Miracle Worker.” In this letter, Sullivan writes, “Thank God I gave of my life so that Helen might live. God help her to live without me when I go.” By this time in her life, she had not only given up her marriage for Helen, but also her health by spending hours looking at books with her and damaging her already poor eyesight. Still, she continued to watch out for her in her last, dying days and prayed that her great creation would continue to do great things. With Sullivan's constant protection as a guiding maternal figure, Keller could continue to advance in life and go on to make history. 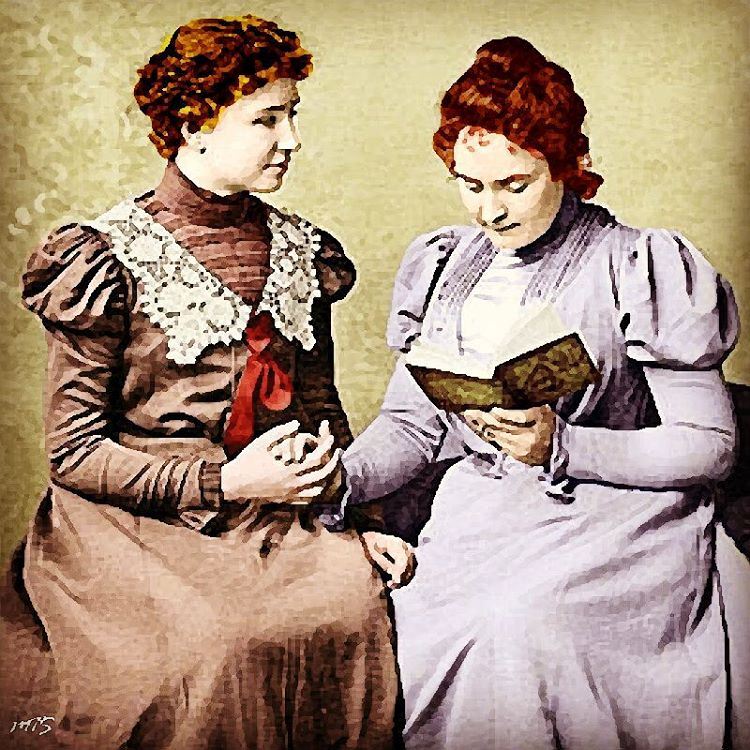 Anne Sullivan and her accomplishmentsBy Michael T Sanders - Own work, CC BY-SA 4.0, https://commons.wikimedia.org/w/index.php?curid=44350187Anne Sullivan’s traits allowed her to become a leader and educator that many can look up to. Although her life had been difficult from the start, she continued to strive for success for both her and the people she cared about, which is something I admire her for. As someone who has been through a lot myself, I find it difficult to never go down the wrong path and always make the right decisions, even when I am in a dark place. However, I find hope in Sullivan and her resistance to the evil that constantly surrounded her. Even though she could have easily indulged in bad behavior, Sullivan continued to keep good morals throughout her career and ended up discovering new ways of teaching and working in organizations such as The American Foundation For The Blind, accomplishing things way beyond her time. Often, she was criticized and brought down by the media rather than being acknowledged for her heroism. This is especially shown in the article “Anne Sullivan Escapes the Poorhouse (but not criticism for being poor and Irish),” when she started gaining fame and Julia Ward Howe, one of the founders of Perkins “blamed Sullivan, calling her a fraud and a plagiarism” (paragraph 19). The founder was jealous that Sullivan had greater success with her methods than her husband, who also taught the disabled. She came after her, trying to accuse her of crimes she did not commit. However, Sullivan did not let the critics and nasty articles affect her work, and became a prominent woman. She was resilient to what was said about her, strictly focusing on how she could better the world and showing students like me, as well as teachers, that one must be confident in their work and know that everything will turn out for the best. With this mindset, she became powerful, unstoppable, and more determined than ever. This is what a hero should be like: unafraid to make their own choices rather than letting the weight of the world bring them down. A hero must go in their own path, working not for themselves, but in order to change the world for the better.

“Annie Sullivan Escapes the Poorhouse (But Not Criticism for Being Poor and Irish).” New England Historical Society, 15 Jan. 2019, www.newenglandhistoricalsociety.com/annie-sullivan-escapes-the-poorhouse-but-not-criticism-for-being-poor-and-irish/.

Nielsen, Kim E. Beyond the Miracle Worker: the Remarkable Life of Anne Sullivan Macy and Her Extraordinary Friendship with Helen Keller. Beacon, 2010.

American Foundation For The Blind - This is the same foundation that Anne dedicated some of the last years of her life to. After she felt like Keller didn't need her, she wanted to continue to do good for the world and joined this foundation
Tewksbury Hospital - This hospital is an asylum that Anne Sullivan lived in for most of her childhood. Although she remembers it clearly, she does not remember it in a positive light as she had the most tragic experiences during her stay there

My name is Yael Pasternak, and I am a 15 year old high school student. When I was first told to do the My Hero project, I had no sense of direction on which hero I was going to choose. However, after reading one book about Anne Sullivan, I could tell that she would make a great essay with all the heroic qualities she posessed.