by Kirill Z from Montvale, New Jersey in United States 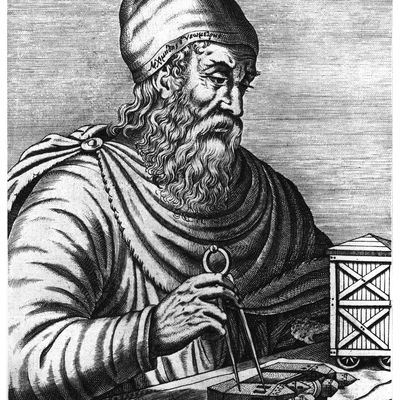 ArchimedesthoughtcoDid you know about this guy named Archimedes who invented many things? Well, his name is Archimedes! He was a great inventor and a hero to his hometown, Syracuse. He created great war machines, such as the Archimedes claw or the burning mirrors.

Archimedes was a great inventor. He was born around 287 BC in Syracuse, Sicily and died around 212 BC at age 75 In his hometown. He was a astronomer, scientist, mathematician. But he most known for being an inventor.

So now you know about Archimedes. Also you know about some stuff that his machines did.  He also was a hero to the future in many ways, including discovering volume.