by Jerrilyn Jacobs from Los Angeles, California in United States

"It takes centuries to create a civilization, and only a generation or a year to destroy it." 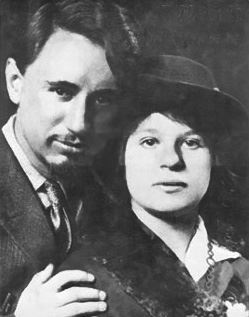 William and Ariel DurantWill Durant Foundation [Public domain]
Ariel Durant was born as Chaya Kaufmann in Proskurov, Russia, on May 10, 1898. She was the daughter of Ethel Appel Kaufman and Joseph Kaufman, a clothing store salesman who emigrated to America, bringing his family over in search of a better life in 1901. Her early family life was unsettling: her parents made a meager living selling newspapers, and her mother became active in the anarchist movement, eventually moving away from the family. When Chaya was 14 she transferred from the New York City public schools, where she had gone sporadically, to the anarchist-inspired progressive Ferrer Modern School. Her teacher was Will Durant.

"She thought him somewhat ridiculous, being short and shy. Nevertheless, a bond quickly developed between the 14-year-old (Chaya) Ariel and the 28-year-old teacher. Passion and love quickly followed, and they were married on October 31, 1913, after Chaya rollerskated to the New York City Hall for their civil ceremony."

Will renamed Chaya "Puck" after the mischievous character in Shakespeare's Midsummer’s Night Dream. Later he changed her nickname to "Ariel," the sprite from The Tempest, "because she was strong and brave as a boy, and as swift and mischievous as an elf."

Husband and wife had opposite personalities: he was shy and retiring, she was outgoing and social. He offered her an outlet for her intellectual curiosity and she introduced him to the world of artists, poets, philosophers and entertainers with whom they socialized in New York and Los Angeles. Ariel became a brilliant conversationalist and sharp debater under the tutelage of the man she called her "teacher, lover, mentor and friend." Will especially appreciated Ariel's compulsion to speak her mind, her fun loving appreciation of life, and her championing of women’s rights.

As early as 1912, Will Durant envisioned writing a five-part history of civilization, told through the stories of famous people of the times. This was a very different approach from historical research of the time: it made history very readable to the general public, and the volumes were well received by a nation recovering from world war, though some strict historical academicians were harsh critics. The Story of Civilization tries to show the interrelations between science, politics, economics, art, religion and literature of the past 6,000 years. It became an 11-volume opus published between 1935 and 1975.

After World War II, both Durants became involved in a movement to lessen the racial and religious tensions in the United States. Although Will was the key figure behind the "Declaration of Interdependence," Ariel took an active role. The movement is still active today.Ariel began helping Will with this massive project by classifying and organizing his copious notes. As his literary assistant, she worked by his side in relative anonymity for many years. She began supplementing and complementing his research and soon was a critic and contributor. Ariel began to conduct much of the research herself for volume 4, as Will was now in his seventies. In 1961, when the seventh volume was published, Ariel Durant received joint author credit for that and the remaining four volumes. Her own interests in women, France, and England had an impact on the focus and content of the multivolume series. The Durants were awarded the Pulitzer Prize for Literature in 1968 for Rousseau and Revolution, the tenth volume of the series.

The Durants were elected to the Institute of Arts and Sciences, and Ariel was chosen one of the five women of the year in 1965 by the Los Angeles Times.

In 1977 the Durants published A Dual Autobiography. They both received the Presidential Medal of Freedom from President Ford that same year. Ariel Durant died at home on October 25, 1981. Her husband, then 95 years old and recovering from surgery in the hospital, died less than two weeks later.

Several days after his death, an editorial cartoon appeared in the Los Angeles Times featuring Ariel on roller skates, welcoming Will to heaven.

Information for this story came from the following sources: 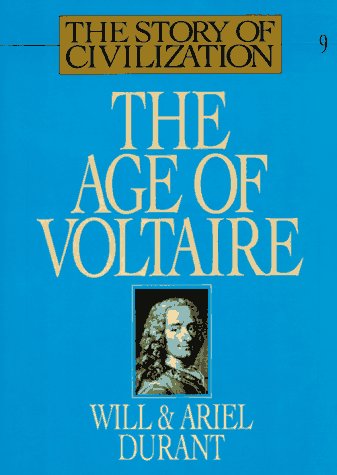 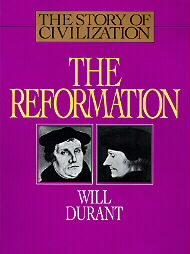 The Reformation
Will Durant, Ariel Durant