by Sarah from Fredericksburg

A hero is a person who fights to make a difference in the world, a person who is modest, unselfish, diligent, honest, caring, and athletic. I thought this person was non-existent, and it would be impossible to have all of these traits in a single being. This is because everyone has ‘another side.’ For example, even Hitler, himself, was loyal to his wife. But, he is most noted for being one of the most evil men to ever live. He had 'another side,' an evil one. To me a hero is a person who’s ‘other side’ is not apparent.

Emme Aronson is a person who I admire. She is currently a supermodel. Although Emme is a supermodel and a very accomplished woman, not many people are familiar with her. Emme is not your usual character. Being the first plus size model to reach super model status shows me that she has over come major obstacles and stereotypes. Emme was chosen by People magazine twice as one of the “50 most beautiful women” which is a major accomplishment- but I am under the impression that ‘beauty is only skin deep.’

Emme was also a reporter for NBC before she found her modeling career. This shows me that she is intelligent, dedicated and self-confident. According to Emme, she is more proud of being noted by Ladies Home Journal as the "Most Fascinating Woman of the Year" and one of the "Most Important Women in America” then she is about her beauty recognitions.

As a child Emme had a horrible self-image problem. This was in part due to the media, but mostly the way her stepfather treated her. He would have weekly ‘weigh-ins’, which would be followed up with how she was failing to maintain the perfect weight. He even used a permanent marker to circle her inner thighs, and her hips, and any other area of her body that had a small amount of body fat. This made Emme very self-conscience and upset, but she didn’t do anything about it until one day when she was made fun of at the pool for the red marks her stepfather left with the marker. “I came home one night and just yelled at him to stop doing this to me, and ever since then I have not wanted a girl or anyone to feel as I felt, and I am willing to dedicate my life to it,” Emme Aronson said.

Emme is very involved in the community trying to increase public awareness of eating and body image disorders and raise funds for treatment. She was the first model invited to speak before a Congressional subcommittee in DC. She is also an active member in the National Multiple Sclerosis Society, being the ambassador and serving as an honorary chair of the MS Bike Tour. Emme also lectures youth on body image and self esteem issues and is on the board of various eating disorder groups. Millions of viewers rush home everyday in time to watch Emme’s fashion advice on “Fashion Emergency” a television show she hosts on E!. There was also a doll created after Emme, noted for being the “anti-Barbie.” This is all to enhance self-image and Emme is slowly taking steps to change the way the media portrays beauty.

There are many other reasons why Emme Aronson is my hero. Not only is Emme very outspoken, accomplished, and beautiful but she is also athletic. Emme was awarded a full scholarship to Syracuse because of her crew abilities. It is so impressive how much she has accomplished and how she has changed the world. Emme is a person who is very valuable to this society and the world today.

Model urges students to take pride in their bodies - Discussion at a meeting during National Eating Disorders Week. 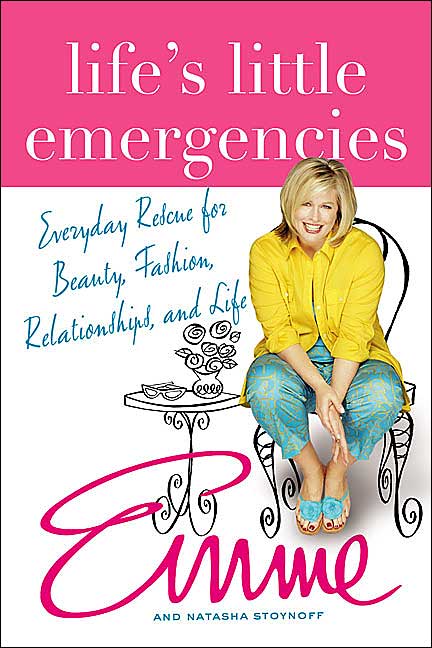