by Jennifer McQueen from San Diego, California in United States 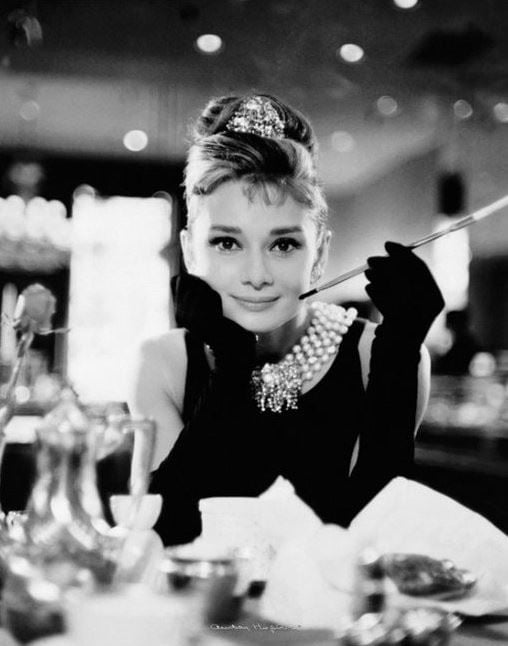 Breakfast at Tiffany's postereuroposters.euWhat if you were popular and decide to leave all your luxury life to work for charity?  “I´m saying to be a hero it  means you step across the line and are willing to make a sacrifice, so heroes always are making a sacrifice. Heroes always take a risk. Heroes always deviate. Heroes are always doing something that most people don´t and we want to change - I want to democratize heroism to say any of us can be a hero (Philip Zimbardo).” According to Philip Zimbardo anybody can be a hero as long as you are not scared to take a risk and many of us have done it. Maybe nobody knows about that decision you made, because it was not a big deal for people around you but the most important is that you know that you are doing a good thing just like Audrey Hepburn did. 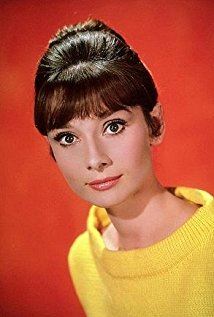 Audrey Hepburnimdb.comAudrey Hepburn is known for her incredibly done movie roles. She was known for her big brown eyes and a husky voice. She also is known for her work  for UNICEF and Goodwill. Hepburn loved kids more than anything. She left her Hollywood career to work as Goodwill Ambassador. She lived in Hollywood and later on moved to Switzerland to do what she wanted to do for rest of her life. Hepburn died in January 1993 in Switzerland aged 63. Hepburn is giving and selfless. Someone who is giving and selfless is doing good for others and not expecting a reward for it. Is spending time and money and not wanting anything back.

Audrey Hepburn can be called a “hero” because of her incredible job in many movies, but also for her inspiring lifetime commitment to charity such as UNICEF and Goodwill. Audrey Hepburn was an amazing actress and a good mother to her kids and not only to her kids but to many other kids too. Because Hepburn helped and worked with sick and hungry kids, they could almost call her a mother.  “While Hepburn's acting was highly appreciated in her lifetime, she would doubtless prefer to be remembered as UNICEF's hardworking fairy godmother(St. James Encyclopedia of Popular Culture).” Audrey spent more than half of her life helping kids. Hepburn did not care about her movie roles or nominations as much as she cared about her work with UNICEF and helping kids and feeding people. Money and luxury life did not get in Hepburn’s head as it does for other popular people, that did not get in her way and she kept working for UNICEF and Goodwill. No matter what events occurred in Hepburn’s life she was always ready to help. “Instead of using the title for travel privileges and charity balls, Hepburn worked in the field, nursing sick children and reporting on the suffering she witnessed(St. James Encyclopedia of Popular Culture).”

Audrey Hepburn prioritized sick children and hungry people over travel privileges and balls. Hepburn was not one of those people that get grossed out after touching something gross like dirt or very sick people or children. She was not afraid of getting sick herself. Audrey Hepburn was very highly appreciated actress and beautiful woman who chose to help children instead of being popular and live luxury life. She was always choosing kids over career. Audrey Hepburn survived during the World War and saw a lot of terrible things that happened to children and adults. Hepburn decided to work for UNICEF and Goodwill because of what she saw during the World War, and that is why she was so committed to children. “As a young girl, Audrey saw her uncle and mother’s cousin shot in the street by the Germans. She also recalls seeing a trainload of Jewish children being herded into cattle trucks for deportation. “I have memories. More than once I was at the station seeing trainloads of Jews being transported, seeing all these faces over the top of the wagon.” The harrowing experiences of war left a profound mark on Audrey; it was one reason for her later commitments to the UNICEF children’s charity (Pettinger, Tejvan. “Biography of Audrey Hepburn”, Oxford,  UK).”  World war helped Audrey Hepburn became the person we remember to these days. Hepburn had a terrible childhood which is why she decided to make someone else's childhood better than hers was. 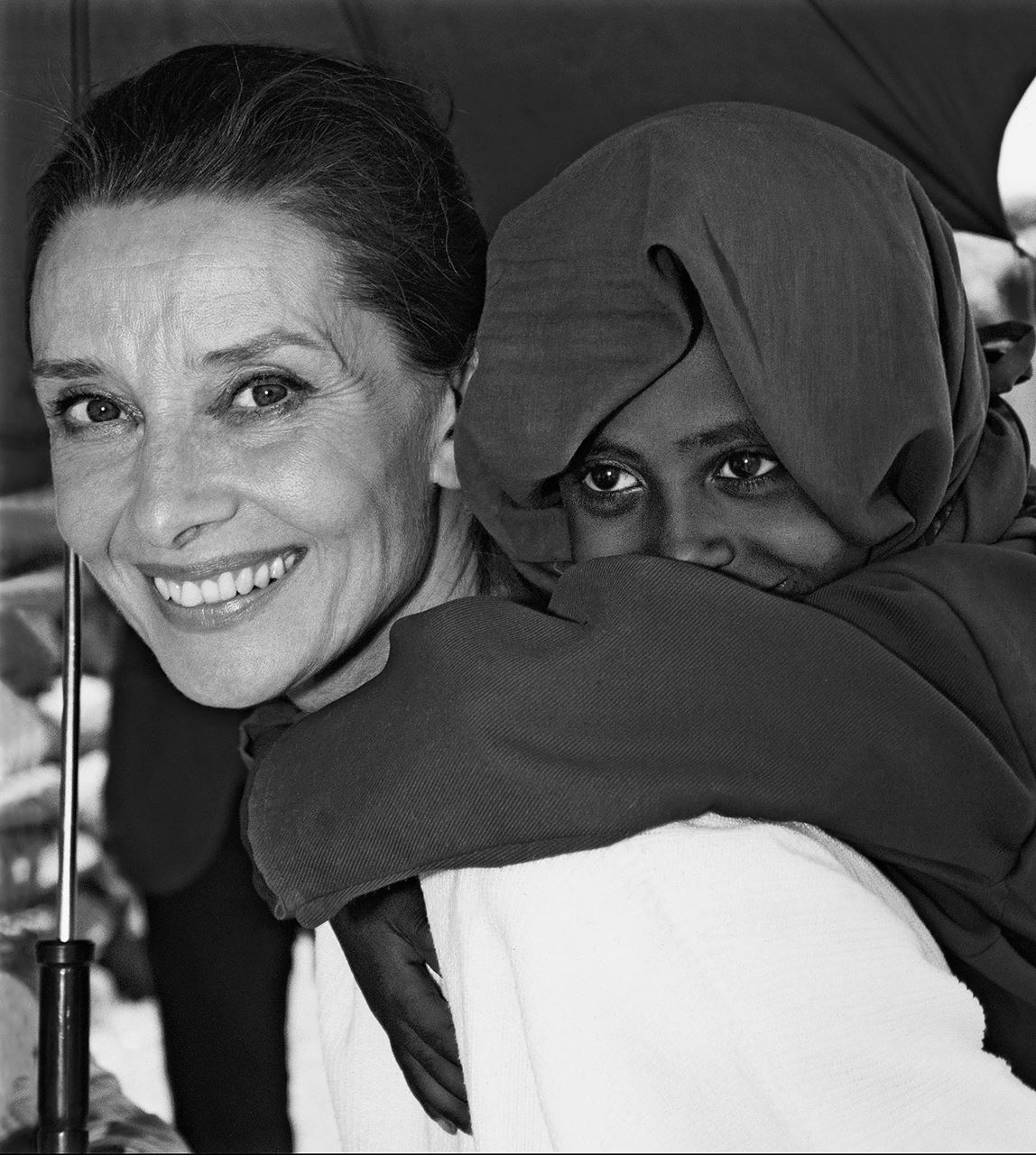 Audrey with a kidpeople.comAudrey Hepburn saw her uncle and mother’s cousin shot on a street and Jewish children being herded into cattle trucks for deportation. Those moment Audrey remembered all her life.  “Many years later she politely refused to make a movie of The Diary of Anne Frank as she felt the young Jewish girl's experience of World War II too closely mirrored her own. While memories of fear, deprivation, and cattle cars full of deportees populated her dreams for the rest of her life, Hepburn utilized her experiences in ministering to the world's starving children, many of whom did not know that the beautiful woman was a movie star (Encyclopedia of World Biography).” Audrey refused to make a movie about World War because of the terrible memories that were coming back. Hepburn always prioritized children over her career. Audrey Hepburn did everything she could to help children because she survived  the world war and saw children get killed and deported.

Audrey Hepburn can be called a “hero” because of her incredible job in many movies, but also for her inspiring lifetime commitment to charity such as UNICEF and Goodwill. Audrey Hepburn’s childhood was hard and scary because of the World War. Then Hepburn became a beautiful actress. Later on she left her career and moved to Switzerland with her soulmate and 2 kids to work as a Goodwill ambassador and UNICEF. Hepburn loved kids and was willing to help them, no matter what it takes. Audrey Hepburn was and is an inspiration for many people. She was beautiful and fragile, but also a strong and independent woman who inspired people to do great things. “In the film, the magazine is Quality, a thinly veiled Bazaar; the photographer's name is Dick Avery; and the young model who inspires him is played by Hepburn, who was Avedon's real-life muse. Art imitates life. Funny Face was released when Avedon, arguably the greatest fashion photographer of his generation, was approaching the pinnacle of his career. Professionally, he cultivated several women, including Suzy Parker, her sister Dorian Leigh, and Dovima, but it was Hepburn who most inspired him (Harper's Bazaar).” Audrey Hepburn is a true Hero because she did it all from her heart. Even when she figured out that she had cancer that could not be cured and she knew that she was going to die soon she did not say “why me”. She was just thankful for everything that God gave her.