Barack Obama was the 44th president of the United States. He spoke out on and fixed many problems in America. Obama’s passion and hard-work has led him to do great things. Obama is my hero, and after reading this, I hope he is yours to.

by Michael Gibson from San Diego, California in United States

Not many people could have come from so little and accomplished 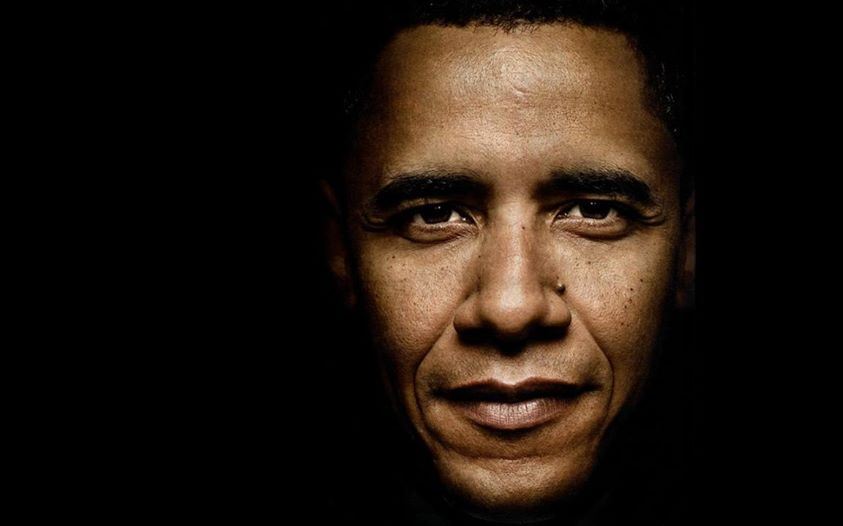 Barack through the Darknesshttps://www.newspakistan.tv/barack-obama-turns-55-today/img-barack-obama-drops-mic-767/so much. Usually, your background determines your line of work and everything you do. But in this case his background only motivated him to accomplish more. Barack Obama was born in Honolulu, Hawaii and was raised in Kansas and Indonesia. Obama’s biological father divorced his mother and moved away from Barack when he was young. Soon afterwards when Barack lived in Kansas, his mother remarried and the family moved to Indonesia. Obama moved back to Honolulu to go to Punahou School, which is a private, college preparatory school. He lived with his grandparents until he graduated from high school. After graduating from high school Barack attended Occidental College in Los Angeles for two years. He transferred to Columbia University to finish his college years and received a B.A. in political science. Following this he moved to Chicago to be a community organizer. During his three years of work as the director, he grew the budget and staff. While Barack was interning at a law firm he met Michelle Robinson who was a lawyer for the firm at the time. He would later marry her in 1992. Afterwards he moved to Massachusetts to attend Harvard for law school. Subsequently of his completion of law school he taught constitutional law for 12 years at the University of Chicago Law School. One year after finishing teaching, Obama became a senator in Illinois. Just four years later he was elected president of the United States. Now, after completion of his second term, he lives in Washington D.C. with his two daughters and his wife Michelle Obama. Heroism can be described in many ways and heroes can come from many different backgrounds. A hero can be a superhero like Spiderman or Batman, but a hero most of all must be selfless and inspiring. This means you put others first and inspire them to achieve great things. Barack Obama is motivating and selfless, therefore he is a hero. 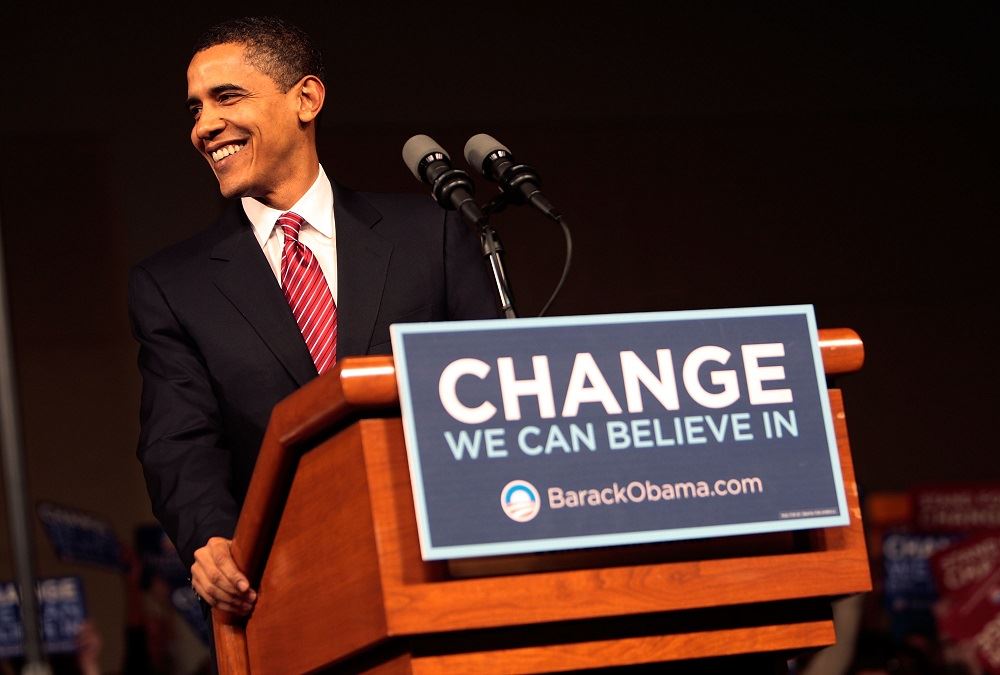 Barack's Campaign for Presidenthttps://www.politifact.com/truth-o-meter/article/2017/jan/05/tracking-obamas-top-25-campaign-promises/    Barack Obama motivates others to work hard and achieve their dreams. He does this through his words, actions, and achievements. He speaks out on topics that he believes are important and takes action against them. His achievements tell others it doesn’t matter your background it just matters what you do with it. “Obama electrified voters during campaign appearances with a unifying message of hope and an ambitious agenda of change that included ending the war in Iraq and extending affordable health care to all Americans.” (Gale, 4) During his campaign, Obama electrified voters with his powerful speeches on big problems and his confidence towards his country. He motivated others to make a change and to fight for what they believe in. Obama’s “...unifying message of hope…” inspires others to go out and make a change. Voters felt they had connected with Obama and it motivated them to help him help others. Obama encourages others to speak out on racial issues and to break stereotypes about African-Americans. “Barack Obama is the third African American to serve in the U.S. Senate since the mid-1800s. In 2008, he became the first African American to be considered a serious contender for the office of president of the United States” (Benson, 1). Barack Obama breaks African-American stereotypes through his achievements and work ethic. Obama worked extremely hard to become a member of the senate and even harder to become United States president. Obama does not allow his race to define his role in society. Barack Obama empowers other african-americans through his words and actions. His campaigns to become senate and president focused on main issues and addressed a lot of the matters people were thinking about. Many people were motivated by his efforts to try and reduce racism and bias towards African-Americans in the United States. Barack Obama motivates others through his words, actions and achievements. 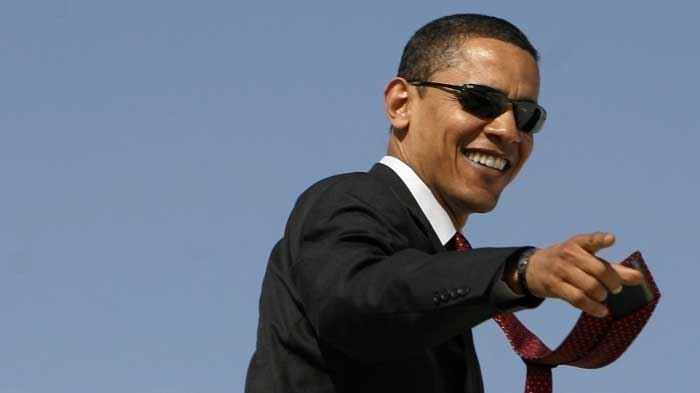 Barack with Shadeshttps://www.providr.com/president-obama-drops-mic-at-white-house-correspondents-dinner    Obama helps and supports others through his acts of selflessness. Obama’s selflessness is shown through his acts, words, and actions. He supports others by always putting them before himself. His selflessness shows others how much he cares about certain topics and his country. “...extending affordable health care to all Americans” (Gale, 4). Barack shows his selflessness by giving affordable health care to all Americans. His selflessness is shown through this statement because he’s rich, he doesn’t need cheaper health care. But, because of his selflessness, he reaches out to the majority and addresses their needs before his own. Instead of passing something that would help himself and not the other 98% of Americans he decides to help out the middle and lower class. This selflessness was instilled in him by his family. His grandparents raised him with similar values, but coming from a middle class family he understands how sometimes financially things get rough. By extending healthcare to all Americans he addresses the issue of debt in America. Barack Obama’s selflessness is valued by others. People show their appreciation to his dedication and selflessness by electing him to the senate and to be president soon afterwards. “Barack Obama rose from Illinois state senator to United States president in just four years thanks to an extraordinary combination of personality, identity, politics, and timing” (Gale, 2-3). Americans respect Obama’s selflessness because he puts the people before himself. Obama speaks out about subjects that are very important to them and focuses on addressing big issues. The majority of the United States is middle to lower class, and he puts them over himself in all of his decisions. People value Obama’s selflessness and this is shown through his achievements. Obama works hard to address and shine light on topics that many other politicians do not address. His achievements show how people value that trait and he is rewarded greatly for it. Obama supports others through his many acts of selflessness. 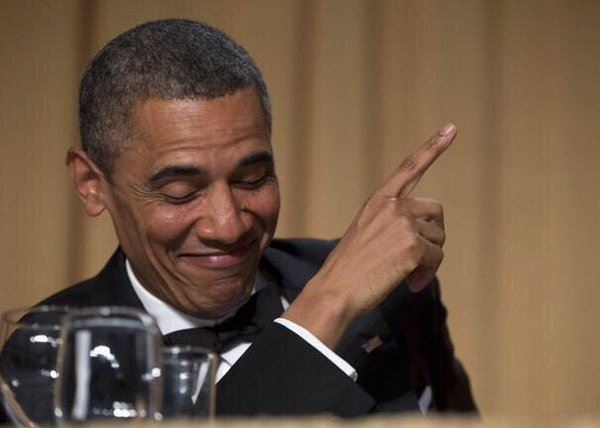 Barack Obama Pointinghttps://twitter.com/bigblue9ation/status/566255647692296192    Barack Obama is an inspiration to many. His achievements, acts and words inspire others to follow in his path to achieve great things. His selflessness is valued by many Americans and this is shown through his achievements. He supports the majority, so they are supporting him. Obama’s selflessness and inspiration empower others to go out and be the change. He puts others before himself, and inspires others to do the same. Although Obama’s background has not destined him to do great things, he works hard and stays dedicated to things he cares about. Obama inspires me and others through his dedication, work ethic and values. Barack Obama was raised in a middle to lower class family, his father was out of his life at a young age and his mom was in college for the first 6 years of his life. He was not destined to do great things. He could’ve become an awful person and let his life’s despair over take him, but he didn’t. Obama, through thick and thin held his values above it all and achieved great things through education. Obama inspires me to try harder and makes me feel like I almost have it too good to be doing so little compared to him. If there is one thing I need to learn from Obama it is his selflessness. If I was president and in a position of power I think I would do the wrong thing and pass things that only benefited me and few others. His selflessness inspires me to be more like him, and to think twice about being selfish and ungrateful. Obama is my hero. He inspires me and many others all across the nation to speak out on topics they feel strongly about and too always remain dedicated to their work. His acts of selflessness motivate others to be like him and to start a chain reaction. Obama is my hero because he is selfless and an inspiration to me and many others.