by Ethan Sun from San Diego, California in United States

A father born in Kenya, a mother born in Kansas, born in Hawaii and raised in Indonesia by two higher generations, Barack Obama had a very unique past yet still came out on top in the entire U.S. Barack Obama experienced some pretty harsh racism as a child, so in return he decided to devote his entire life to give his country a word of hope, that the people can reach their goals no matter what happens/happened. Named after his father with a name that means “blessing,” Obama became president of the Harvard Law Review, and graduated magna cumme laude while reaching massive media attention. Many more associations and companies throughout the next 20 years he later on joined, which included gaining the White House. Intelligent yet generous with accomplishing worthy and notable feats is as what hero should be. This was what Barack Obama was achieving his entire life. As a hero would, Obama has prevailed, both clever and supportive of us. 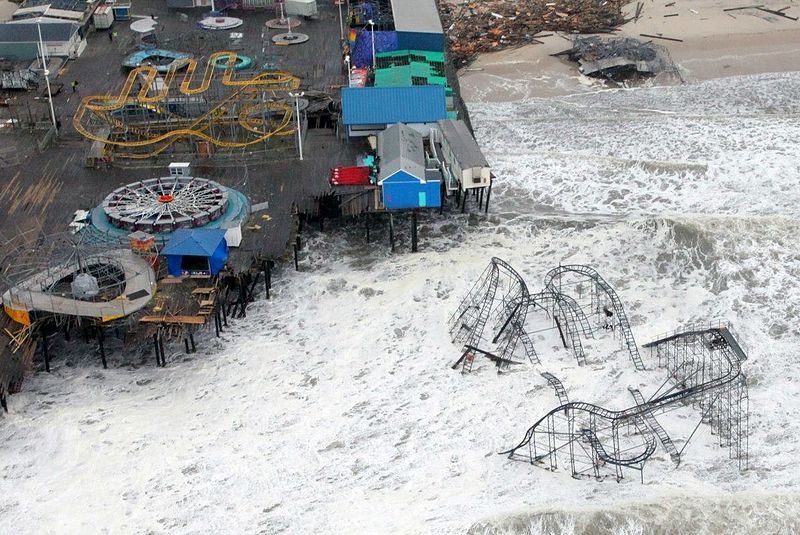 Hurricane Sandy tears through New Jersey pier. https://commons.wikimedia.org/wiki/File:Hurricane_Sandy_New_Jersey_Pier_cropped.jpgHurricane_Sandy_New_Jersey_Pier.jpg: Master Sgt. Mark C. Olsen/U.S. Air Force/New Jersey National Guardderivative work: Themeparkgc [CC BY 2.0 (https://creativecommons.org/licenses/by/2.0)]Rather than solving the bigger issues, he reaches out to each one of us. Even before becoming president, Barack Obama helped out in many situations no matter how big or small: “After working his way through college with the help of scholarships and student loans, President Obama moved to Chicago, where he worked with a group of churches to help rebuild communities devastated by the closure of local steel plants” (“President Barack Obama”). Everyone has the same chance if given the potential, so he helps everyone get that potential Obama believes in. Obama shows this by helping out in small and discrete areas hoping they would grow bigger and acknowledged. He consistently stays on the move, even for quick yet thought out sacrifices. “Obama has been 'direct and personal' in handling the crisis. Obama got ahead of the curve from the start, cancelling campaign trips in order to stay in Washington to supervise the relief effort. He made sure the public knew he was in command by speaking to the nation directly as the storm intensified, and he and many surrogates have given frequent public updates about what was going on” (Walsh). Jumping immediately into disasters to let the public feel much safer, along with raising hope right as they worsen, making things feel normal... Not just being the typical guy and just spreading awareness and funds, he wants people to know that everything would be all right if they follow along with him. Obama would rather have us improve ourselves rather than just the community itself along with inspiring hundreds of thousands of people to get employed. 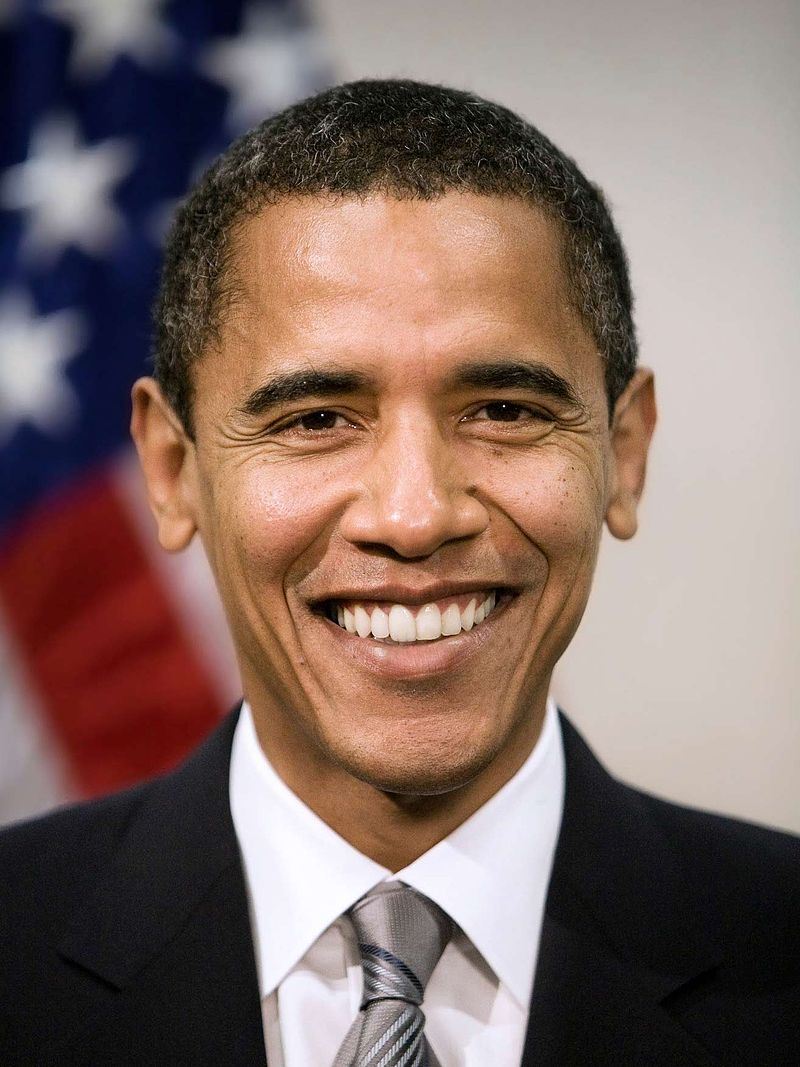 Obama elected as 44th President. https://commons.wikimedia.org/wiki/File:Poster-sized_portrait_of_Barack_Obama.jpgThe Obama-Biden Transition Project [CC BY 3.0 (https://creativecommons.org/licenses/by/3.0/deed.en)]Barack Obama expanded the possibilities of humankind throughout his life. He stays certain anyone can do anything if they knew how and try for it. “On August 27 Obama became the first African American nominated for the presidency by either major party and went on to challenge Republican Sen. John McCain for the country’s highest office. McCain criticized Obama, still a first-term senator, as being too inexperienced for the job” (Wallenfeldt and Mendell). Obama, just three years as senator, jumped all the way to the presidency just from a couple of well-thought out campaigns. He’s known as a pretty fast learner, as shown through how quick he takes control and leads many various organizations in just a few months. But Obama isn't just telling people they can do great things if they put their minds to it, he's doing it himself. “On November 4, 2008, Barack Obama was elected the 44th President of the United States, winning more votes than any candidate in history. ... And yet, despite all manner of political obstruction, Obama’s leadership helped rescue the economy, revitalize the American auto industry, reform the healthcare system to cover another twenty million Americans, and put the country on a firm course to a clean energy future – all while overseeing the longest stretch of job creation in American history” (“The Office of Barack and Michelle Obama”). Anyone can end up in the spotlight by finding a convenient chance, and not just taking it but being smart about it. Obama took this chance to help people and spread inspiration. From zero to hero, Obama went from racially discriminated to high respectable political roles, all the way to spreading encouragement as president.

People can do great things when given the moment, Obama believes, so he decides to give everyone the opportunity to. A modern day Martin Luther King Jr, is how inspirationally big he was. As he became president he showed people that everyone deserves the same chance. As man who would have been a slave two hundred years ago, or isolated just a few decades before, climbed all the way to the top as president. Twice. Rarely settling, he kept on moving, promoting himself higher and higher, and he’s still doing it today with the businesses he’s running currently. If a guy who had a harsh and geographically unique childhood could rise up to lead a whole country, think what one of us can do one day. Think if one of us found the right opportunities, secured them and expanded them bigger and bigger. Just like a president had done.