by Natalie Miller from San Diego, California in United States

There's not a liberal America and a conservative America - there's the United States of America. 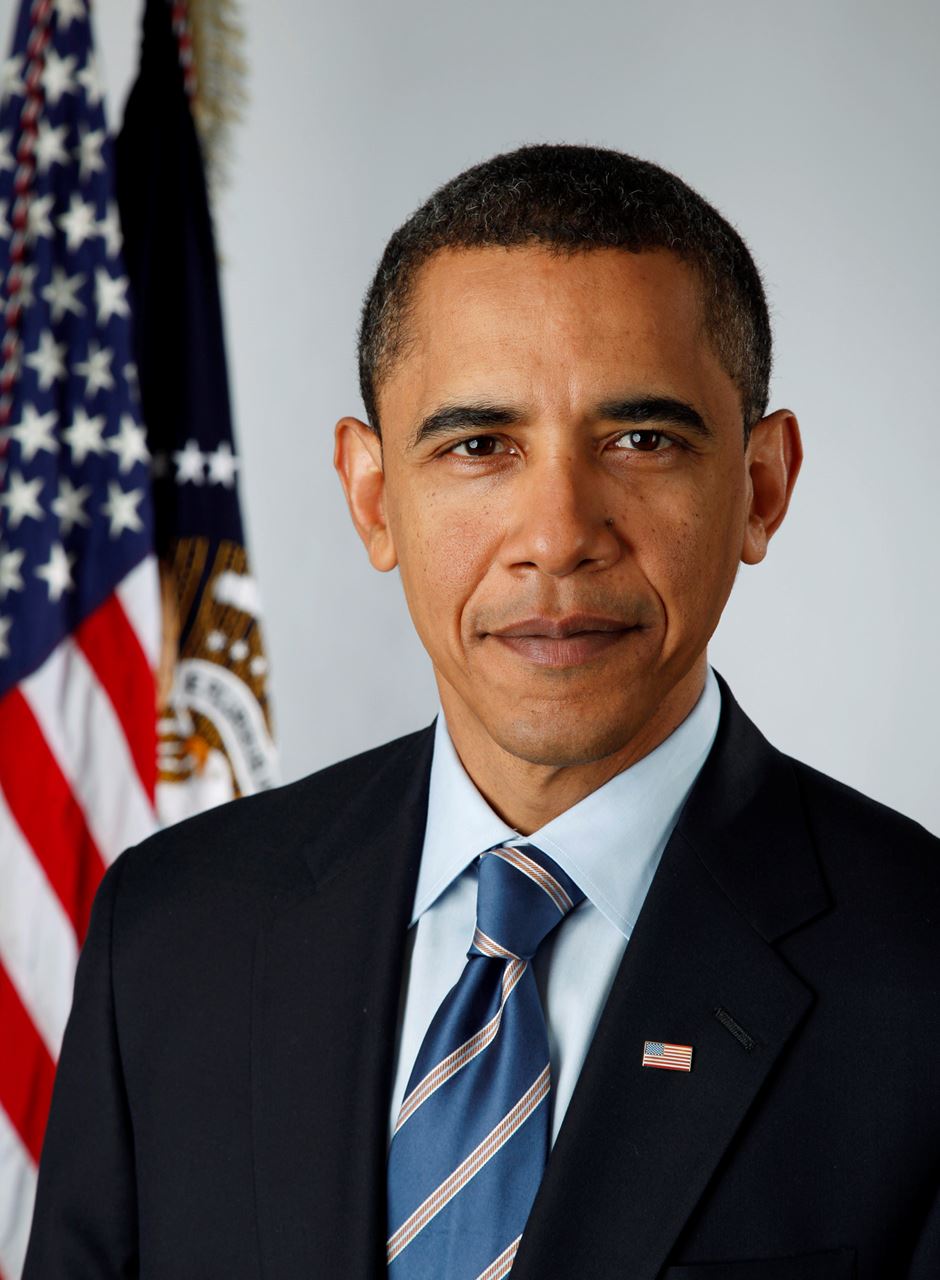 Official Portrait of Barack ObamaPete Souza, The Obama-Biden Transition Project [CC BY 3.0 (https://creativecommons.org/licenses/by/3.0/deed.en)]For over two hundred and thirty years, every President of the United States has been a white man.  Yet Barack Obama isn’t a hero because he was our first black president, he is a hero because of his unfailing commitment to all Americans of every color, and his steadfast resolve to make not only our country but the world a better place.  President Obama understood people’s life challenges because he faced many of them himself. Barack Obama is most importantly known as the first black president of the United States of America, but he wasn’t always so well-known. Born in Honolulu, Hawaii, Barack Obama Jr. was named after his father, who unfortunately moved to Africa when Barack was only three.  Barack Jr. lived with his single mom and his grandparents, so he lacked a strong male role model in his life. Despite facing discrimination and experiencing trouble while growing up, he is extremely intelligent and determined. Obama was eventually awarded a scholarship to Harvard, where he studied law. Barack Obama’s Senate career began in 2005 and ended in 2008 when he was elected president.  A hero must possess intelligence and respectability because without those crucial factors, the hero isn’t truly worthy of admiration. Barack Obama is a hero because his intelligence and respectability have aided hundreds of millions of people.

Obama is incredibly intelligent, as evidenced by not only his common sense but the fact that he received an academic scholarship to Harvard.  Barack Obama attended Columbia University in Chicago, and following his graduation, he went to work as a community organizer. He traveled specifically to underserved parts of the city, helping people with various issues such as landlord problems and voting registrations. "Barack Obama." Contemporary Black Biography states that ”In 1983, after earning a bachelor's degree in political science with a concentration in international relations, Obama went to work for the Business International Corporation, a publishing and advisory firm that helps American businesses operate abroad.  He worked as a research associate in the company's financial services division from 1984 to 1985.”. He became a civil rights attorney after graduating with a law degree from Harvard. He also began teaching constitutional law from 1992 to 2004 at the University of Chicago Law School. Obama was driven to accomplish goals and was motivated by knowing that he was making real changes in the lives of people around him. He then decided to run in the Illinois Senate race and won. He first represented the thirteen district for three terms from 1997 until 2004 when he chose to run for the U.S. Senate.  Following his keynote address at the Democratic National Convention, he won the Senate race in a landslide. People sensed his sincerity and his concern for the nation. Instead of taking a comfortable job with a generous salary, he chose to devote himself to making a difference which showed that his dedication to people was real. Similarly, “Barack Obama” The White House states that “After working his way through college with the help of scholarships and student loans, President Obama moved to Chicago, where he worked with a group of churches to help rebuild communities devastated by the closure of local steel plants. [...] Upon graduation, he returned to Chicago to help lead a voter registration drive, teach constitutional law at the University of Chicago, and remain active in his community.”.   A hero to me is someone who sees a problem and tries to make a difference, who puts others before themselves, and who truly understands the phrase, “Be the change you want to see in the world”. Obama puts his passion and energy into being that change, and I believe that kind of person inspires others. Obama set an excellent example by the work he did in the Chicago communities, but also by his even-tempered and respectful manner in all situations. He behaved in a way that put people at ease, that instilled confidence, and that made people feel hopeful. Obama’s words about all Americans coming together to lift each other up and work towards a nation of equality inspired people. He believed in everyone having an equal chance to make it in the world, and he believed great things could happen if people worked together. 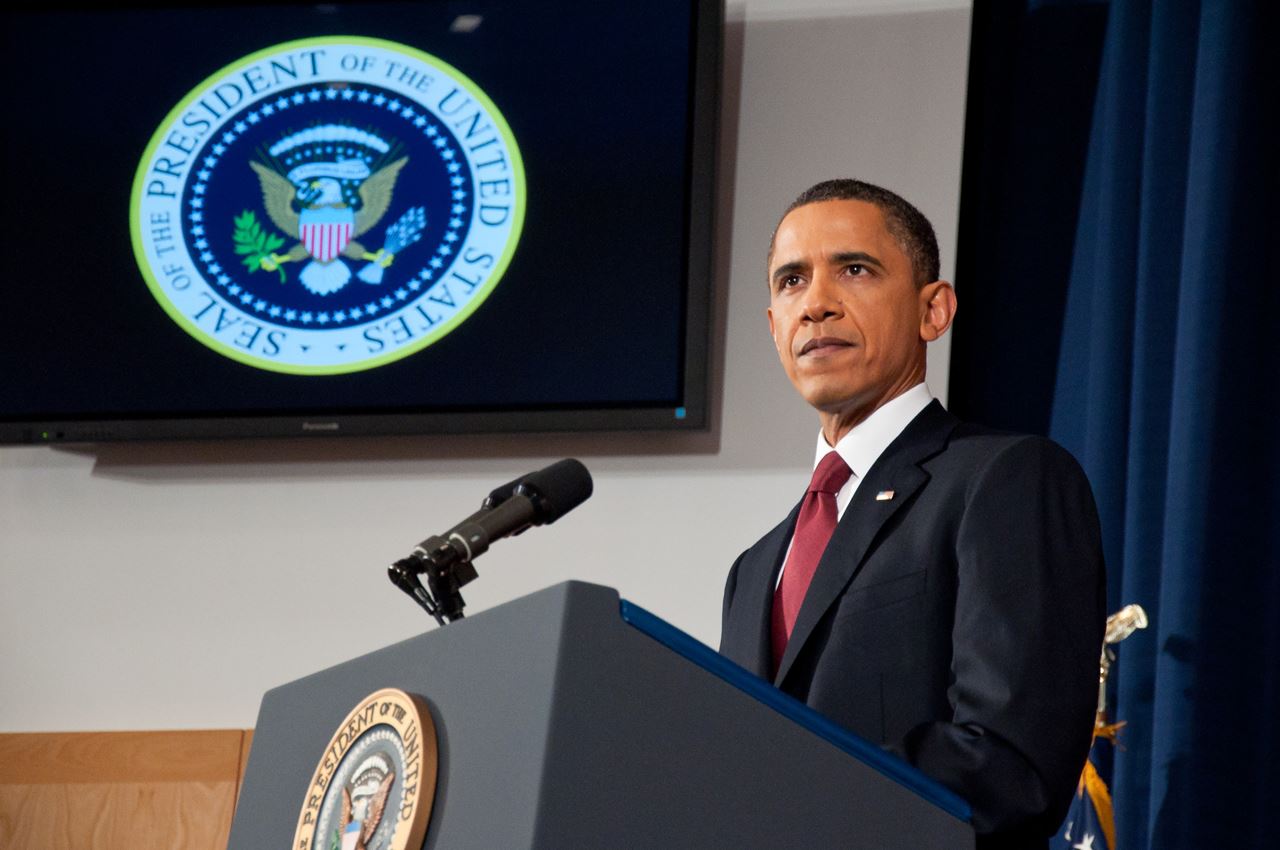 President Obama Speaking on the Military InterventionNational Defense University [CC BY 2.0 (https://creativecommons.org/licenses/by/2.0)]When people heard Obama speak at the Convention, they immediately felt that he had the right characteristics; intelligence, respectability, and commitment, to be a great president.  However, many doubted that he could ever win because he wasn’t a white man, and therefore wouldn’t stand a chance. Another essential point made by "Barack Obama." from Gale Student Resources in Context says that ”After Obama’s election as a US senator, some commentators speculated that he might run for president in 2008. [...] He also traveled, visiting other countries and speaking to audiences across the United States.” ("Barack Obama." Gale Student Resources in Context).  Being originally known as a popular Senator of Illinois gave Obama an advantage in the presidential election. Another factor of his respectability was that as he traveled, he gained world leaders and other people of power as supporters. Not only was Barack Obama incredibly kind, but he also went out of his way to aid people, which added to his respectability. He always put others first and did what was best for our country. An illustration of Obama’s respectability is seen when Leonhardt informs us that “He called for tax increases on households making more than $250,000. But for the great majority of Americans, he proposed larger tax cuts than his opponent, John McCain [...].” (Leonhardt, para 4).  The tax cuts he proposed were huge and changed so many lives for the better. This had been something middle-income Americans had wanted for years, and for an elected President to make this a priority and follow through on such a proposal was incredibly meaningful. Some of the other legislation Obama enacted that impacted peoples lives included the Patient Protection and Affordable Care Act, The American Recovery and Reinvestment Act of 2009, the Unemployment Insurance Reauthorization Act, and the Job Creation Act of 2010. He also reduced nuclear weapons with the U.S.-Russia New START Treaty, and most importantly issued several executive actions addressing climate change. America's reputation around the world significantly improved from what it had been during the previous administration while Barack Obama was President.  Political scientists and historians ranked him among the best of American presidents. Most people felt that he truly represented them, and that the wellbeing of every citizen concerned him. 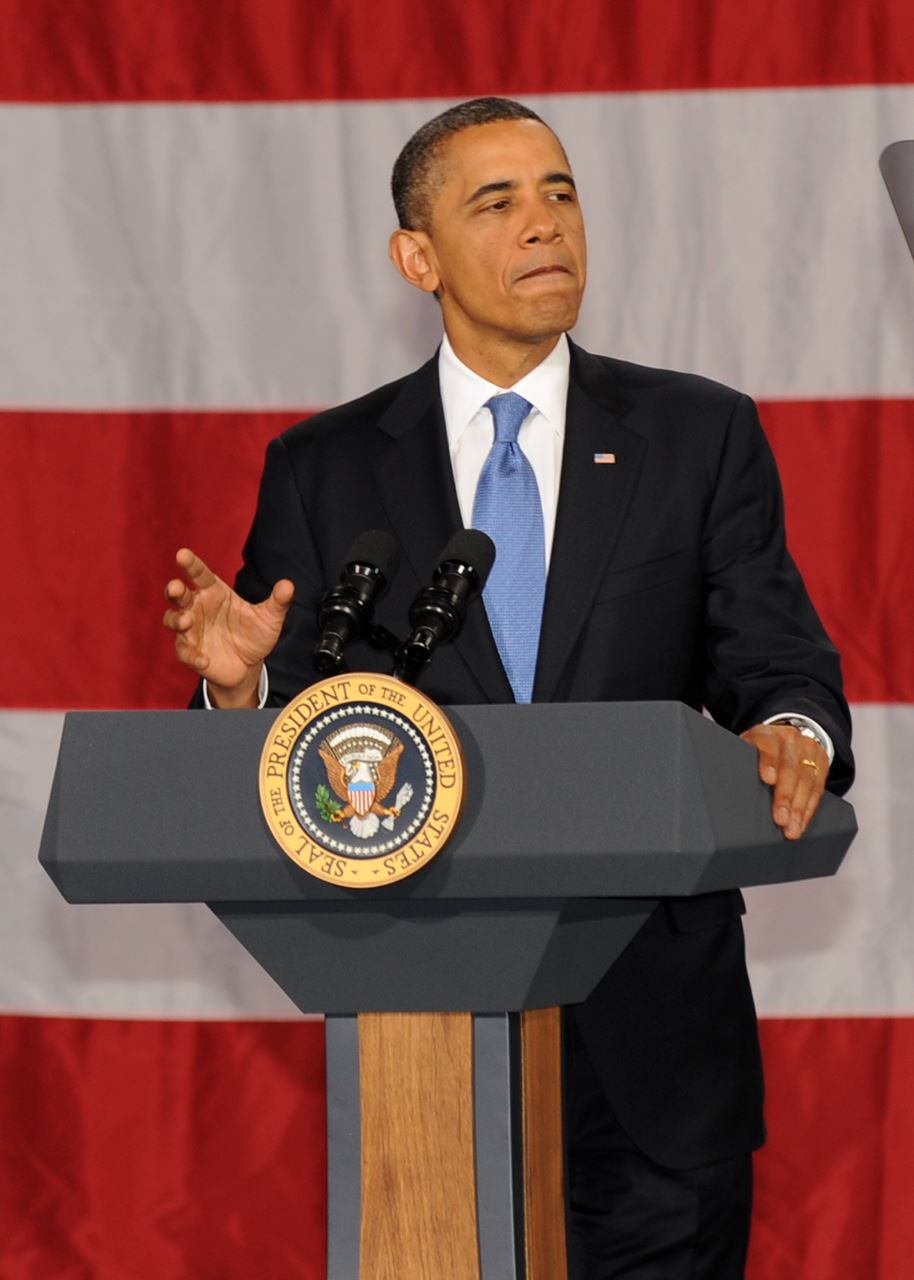 President Barack Obama Visits Buckley Air Force BaseSenior Airman Marcy Glass [Public domain]The intelligence and respectability among other qualities of Barack Obama benefitted millions of American citizens from all walks of life.  Obama’s inauguration took place on January 20, 2009, and the first black president of the United States took office. Nine months later, he was officially named the 2009 Nobel Peace Prize laureate.  Leonardt informs us that “As president, Obama followed through. He quickly cut taxes for most families and, after several years, won a tax increase on the rich.” (Leonardt para 4). In order to do the right thing, President Obama had the courage to take chances that weren’t always the safest.  Proposing to raise the taxes of wealthy people did not make him popular with those who could potentially finance his future campaigns. But Obama cared more about helping the majority of Americans who were struggling with their day-to-day expenses. He saw himself as their champion and always did his best to make good on campaign promises, in addition to his efforts to bring health care to those who had none.  He often spoke of his mother who spent much of her last few days fighting with insurance companies while she was fighting cancer. He didn’t want other people to go through what she had, and in the end, he succeeded. I am inspired by Obama’s compassion for others. I am inspired by those who overcome obstacles in their lives. I am inspired by those who face adversity and discrimination and yet persevere. I am inspired by those who show compassion toward others.  I am inspired by those who work for change and strive to create a better world despite great opposition. Barack Obama embodies all of these qualities and more. He is not only an inspiration for people of color, but he is also an example to follow for all of us. Barack Obama was everything a leader should be - respectful, intelligent, kind - as well as everything a human being should be. He worked exceptionally hard to make things better for people from all different walks of life, from veterans to the gay community to single mothers struggling to take care of their kids.  He cared, set an example for others, and he made a difference, and for those reasons, he is a true hero.