by Farida Youssef - Middle School - from Cairo in Egypt 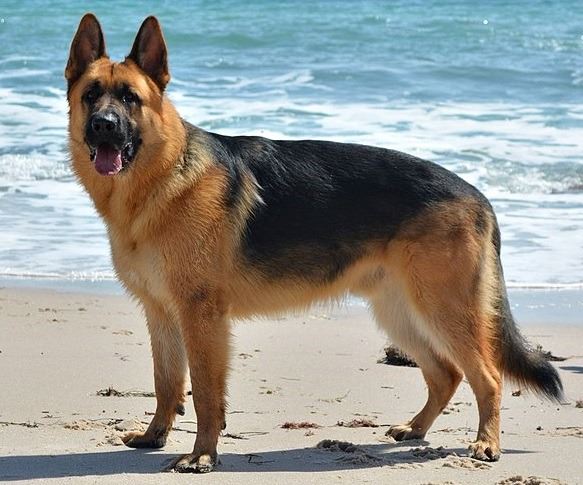 A German Shepherdgomagoti / CC BY-SA (https://creativecommons.org/licenses/by-sa/2.5)Bear saved a woman's life. Bear is a Shiloh German Shepherd, from Millsap, Texas. He began as a shelter dog at the Weatherford shelter, kept in the back because nobody wanted him. His owner Debbie Zeisler came to the shelter in search for a dog for her mother. When she saw Bear it was obvious he was the one for her. Bear could tell that too. The two became very close in such a short time. But everything was perfect, until eighteen years ago, when Debbie had a horseback riding accident, causing daily seizures to occur. During May, Debbie Zeisler had a seizure in her front yard, falling down the stairs and hitting her head in the process. After Bear noticed, he wasted no time rushing to get help. He scratched on every door in the neighborhood, but nobody answered. Bear was not going to give up until he found help. An animal control officer from Parker County saw the dog.

When he approached, Bear pulled him in Debbie's direction. By then she was conscious, and the animal control officer called for help. When the ambulance came, Bear even hopped in with Debbie!

The amazing thing about Bear is that he was never trained, but he can tell the signs of seizures, and is able to alert Debbie before anything happens. To alert Debbie he leans on her legs. Once Bear leans on her legs, she knows to sit down before any injury or dangers can happen. When Debbie does not listen to Bear's warning, she can fall. When she does, Bear is ready, and can retrieve her medicine. He might stay with her, whatever he thinks is the right thing to do.