by Stephany Frias from San Diego , California in United States 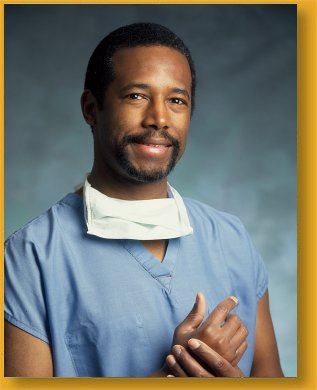 Ben Carsonhttps://www.afam.nts.jhu.eduBen Carson, a neurosurgeon, has caught the attention of  many people worldwide. Carson is most admired for how good of a neurosurgeon he is, and how hard he tried to get where he is now. He is currently employed in the Trump administration leading in the United States Secretary of Housing and Urban Development where he has also made outstanding achievements. Ben Carson was born in the city of Detroit on September 18, 1951. Although he had a rough childhood, Ben's mom still made him and his brother attend school and read at home at least two books every day even though they were poor and had no economic stability to pay for his education. She did what she could, working and being mom and dad so that they would at least learn at home. Later on he went to school and his fifth grade science teacher was the reason that he put his interests in lab work. Although Ben had a rough childhood and tough elementary years. He then later went and graduated from Yale University. He is a philanthropist, politician, Author, and a  surgeon he still lives at this point. “As a doctor, he became director of pediatric neurosurgeon at Johns Hopkins Hospital at age 33 and earned fame for his groundbreaking work separating conjoined twins” (Ben Carson Biography). In 1994, Carson and his team went to South Africa to separate the Makwaeba twins. He was courageous because he had the courage to separate the conjoined twins when no other neurosurgeon wanted to take the risk to do so. Ben Carson possesses being hopeful and courageous therefore he is a hero because even though people would tell him that he wasn't going to be able to separate the conjoined twins he still followed up to it and took a risk for the twins family, and at the end, made them happy for doing what he could to separate them and for that he is considered a hero for many people especially for the twins family. Although he is now a renowned neurosurgeon, Ben Carson is the United States Secretary of Housing and Urban Development, appointed by President Donald Trump. 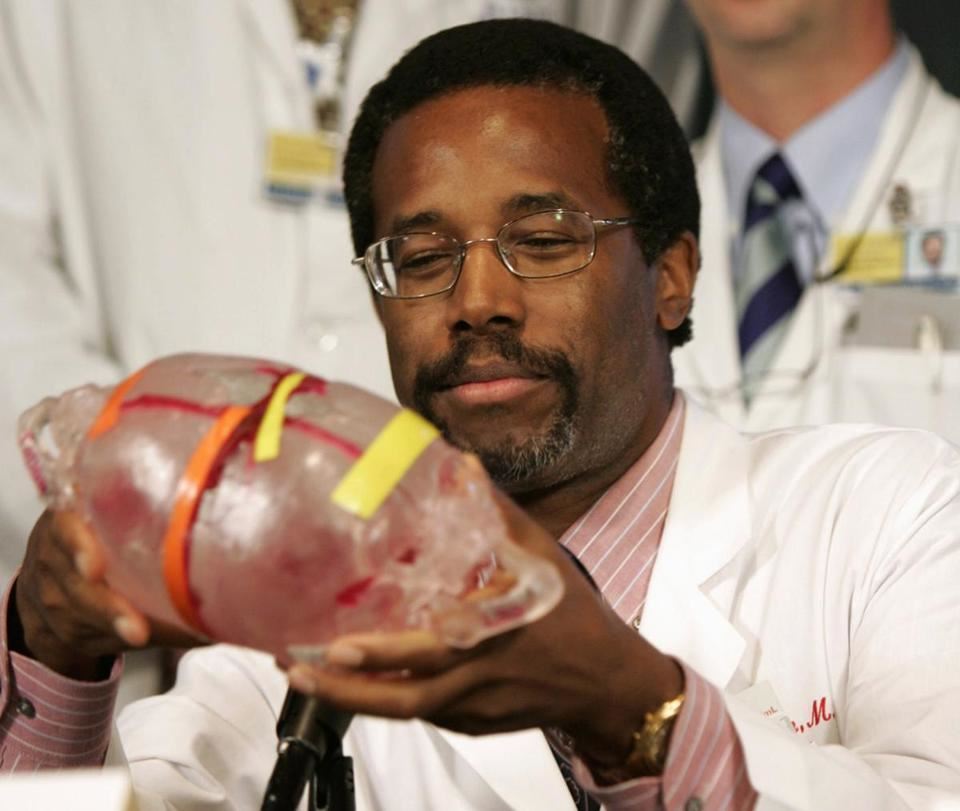 Ben Carson https://www.bostonglobe.com/Ben Carson has been courageous because he was brave enough to take a risk to save the conjoined twins. Ben Carson was so courageous that he didn't give up at all even when something went wrong he still went through with that he was trying to achieve. “He created history in 1987 when he led a team of doctors in a complicated surgery to separate two 7-month-old craniopagus twins. He was consulted for this case from Germany—such was his reputation! He lived up to his image as his team successfully separated the boys (Ben Carson Biography)” He had the chance to go to Germany to separate another pair of conjoined twins and he successfully separated them with the help of other doctors. “He was invited to South Africa in 1994 to separate another pair of conjoined twins, the Makwaeba twins. However the surgery was not successful in spite of the surgeons’ best efforts and both the babies died (The Famous People)” Carson was invited to South Africa to separate another pair of conjoined twins but sadly failed and there was nothing he could possible do to save them.  “He is one of the most famous neurosurgeons in the world for separating the conjoined twins (David Farenthold)” He got famous for separating the conjoined twins successfully. “This was the first surgery of its kind in the world where both the babies survived (Ben Carson Biography)” Ben Carson was the first neurosurgeon to successfully separate the conjoined twins. If it weren't for Ben Carson the other doctors wouldn't have had hope of separating the conjoined twins carefully and safely. "All young people need to hear Dr. Ben Carson's story," he said. "All black people, all people period, anyone who has low self-esteem or is discouraged. He should encourage any young child that they can be somebody. These are the stories we need.(The Famous People)” They are encouraging that many teenagers should read more about him so they could be more confident about what they want to do with their lives as they get older.  “And Carson's story has a remarkable emotional effect on his new constituency: they're as impressed as black kids used to be about what Carson's story can mean for the possibilities of their future (Ben Carson Biography)” Ben Carson is giving many people hope about what the great upcoming events are going to look like if he does more amazing things like what he has done. “Carson’s impact on other African American students who aspired to become physicians was equally profound. In every group of black pre-meds or medical students I met, someone invariably wanted to become a neurosurgeon, and Carson’s name was always mentioned (Ben Carson Biography)” Now since Ben Carson has been big for a while there are now many people looking up to being a neurosurgeon in the future.  “Black teens like Hatcher looked at Carson and thought, "This is somebody I can look up to and want to be like. This is exactly the path I want to follow." Similarly, white, right-wing political types "see something there they can attach to — it's demonstrated character over time (Arnold, from the Carson PAC)” Many teenagers look up to him so they can get an example that life can get you through hard things and put you in the best position of your life. Ben Carson is a perfect example for teenagers and elders that are still deciding what they want to do in their lives and by what many people are saying Ben is a perfect influence for the upcoming neurosurgeons. 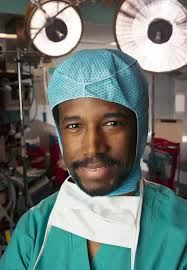 Ben Carsonhttps://www.achievement.orgBen Carson is most admired for how good of a neurosurgeon he was. Among other achievements, Ben has accomplished once again another one of his goals and dreams becoming the United States Secretary of Housing and Urban Development director where he has also made achievements and is still considered a hero for many of his works. “After struggling in the primary elections, Carson dropped out of the race in March 2016, and then became a vocal supporter of Republican nominee and former rival Donald Trump (Ben Carson Biography)” Besides the fact that he is a neurosurgeon, he moved on and became a U.S Republican.  “He is a winner to me for living by the conservative principles I want young America, especially poor black and Latino kids, to see as the prescription for success (The Famous People)” Ben Carson has been an inspiration for me and others because he made a big impact for himself and for other doctors around the world and he gives me hope so that I will not give up on my dreams and keep going just like he did to do what he enjoyed to do and what he worked hard to get to. He also encourages other people to follow his example in order to follow their dreams and follow their goals in life. Besides the fact that Ben Carson had retired from being a neurosurgeon he has still impacted many people and he has helped people chase and follow their dreams.