by Mathew V. from United States

Living in one of the busiest cities in the 1700s, it could be hard to grow up. Despite the hardship, such as only having two years of schooling, Ben Franklin single handedly became a local hero to Boston, and everyone in the world. He achieved a lot of things Also life events. One of his achievements was inventing the glass harmonica. 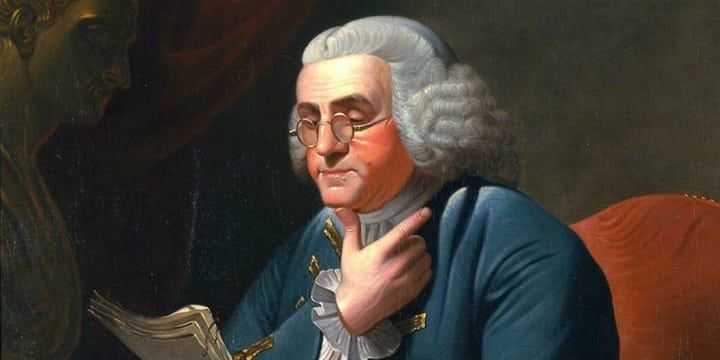 Ben FranklinPublic DomainBen Franklin was born in 1706, and Ben grew up in Boston. He always wanted to be a scientist, and writer. Ben also helped during the Revolutionary War. He ran away from Boston at 17, breaking apprenticeship with his brother. He made the glass harmonica. The glass harmonica was one of his favorites.

Ben Franklin suffered from Presbyopia. Presbyopia is basically near sightedness. So then Ben made the invention bifocals. One of the reasons why Ben is a hero is because he invented the the lightning rod. If not, then a lot of people would have died from fires. He founded the first hospital in Pennsylvania that still exist today! Ben Franklin did a lot of stuff in his life, for example science, politics, writing, music, inventions, diplomacy, and was a Founding Father of the United States. As a writer he accomplished publishing up to 10,000 copies in a year for the next 25 years.

Ben reached triumph on his own and while doing that, saved lives from his inventions like the lightning rod, then he effectively became a world hero.