by Hana Chohan from San Diego, California in United States 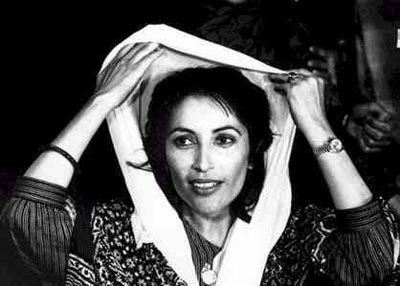 Benazir Bhuttopinterest.com“Your home is not on the dome of a royal palace. You are an eagle and should live on the tops of mountains” (Iqbal). Benazir Bhutto exemplified the spirit of an eagle that is the center of this famous Pakistani poem. Instead of wanting wealth and fame, she craved to help her people and give them happiness and prosperity. Benazir Bhutto was the first female prime minister of Pakistan. She was always independent and didn't confine to the gender stereotypes that came with being a Pakistani woman. Her political standpoints surrounded fighting for democracy, liberalization, and women’s rights. After her father was executed at the hands of a military general, she used her grief to fuel her passion for Pakistan. Bhutto never thought of herself, but rather, the people of her country. Her courage and determination will keep her in the memory of people around the world, as a hero. As the first female to lead the government of an Islamic state, Benazir Bhutto proved herself as an indisputable hero through the many sacrifices she made for the people of Pakistan and her fight against gender stereotypes and constraints. 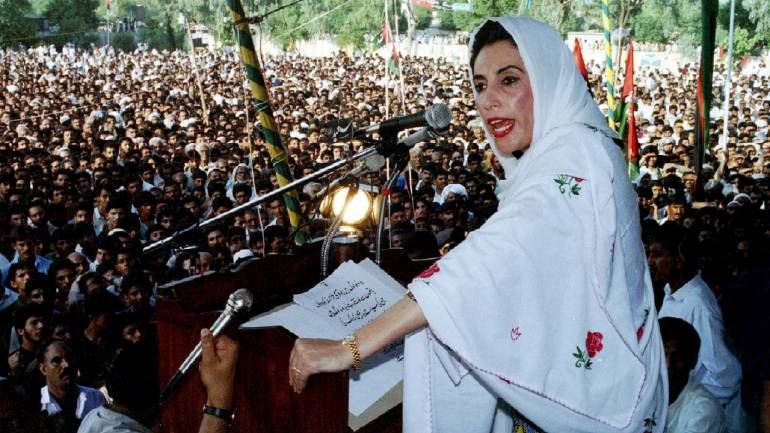 Bhutto at rallymoneycontrol.comBenazir Bhutto made altruistic sacrifices and endured many trials and tribulations for the people of her country. After a major attack on her rally, Benazir grieved for the people who had been affected, but she knew that she “...couldn't retreat from the party and the platform that [she] had given so much of my life to. The enormous price paid by [her] father, brothers, supporters, and all those who had been killed, imprisoned, and tortured, all the sacrifices made, had been for the people of Pakistan” (Bhutto 13). The traumatic attack caused Benazir to remember all the people who had made sacrifices. Instead of thinking of her near-death experience, she thought of the people who had been affected. Her selflessness in a time of despair was also exhibited in her dedication to the party that her family had built, even though it was that support that caused the attack. She continued the legacy of sacrifice that had been created by the leaders who came before her. Bhutto stuck to her principles and continued to fight for her people even when faced with the ultimate sacrifice. She was not only affected by this event but all the adversity she faced. Her life was filled with trauma and hardship, so "for a long time [Bhutto] seemed to be bent on revenge. Lately she has talked instead of reconciliation” (“Benazir Bhutto”, Newsmakers). Her father’s execution, time in solitary confinement, and separation from her children were just some of the hardships she endured. These tests of strength and morality cause so much pain that any ordinary person would not be able to bear without getting revenge on the people who hurt them. But instead of allowing her grief to get to her, she remained true to herself and used her pain to help others. Apart from the obvious sacrifices she made, Bhutto sacrificed her own heart for feelings of peace and hope so that she could focus on the people of Pakistan. She ignored the negatives thrown at her and focused on mending the conflicts in her country. Benazir’s lifetime of selfless sacrifice will live on through the people of Pakistan. 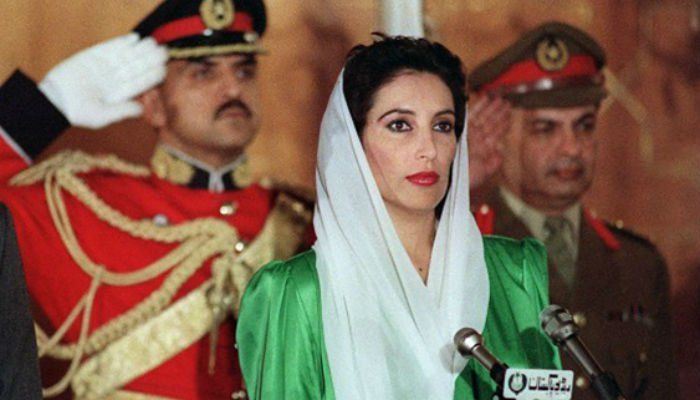 Bhutto becomes Prime Ministerpinterest.comBenazir Bhutto spent her life fighting against gender stereotypes and paved the way for future generations of females. From a young age, Bhutto, along with most women in Pakistan were led to believe that they were worthless because they’re women. Most women wouldn’t dare to challenge this, but Benazir didn’t let it stop her from becoming  “...not only the first female leader of Pakistan, but the first elected female leader of a Muslim nation anywhere. Her party promised to run the country on lines of socialist principles and to improve the lives of women by repealing laws that restricted their freedom” (“The Rise And Fall Of Pakistan's Benazir Bhutto | NowThis World”). After defying the prejudice people had against her, Benazir used the power she gained for good by being an activist for women’s rights and trying to ensure that a woman was equal to a man not only in the government but in every aspect of life. Bhutto was determined and persevered through every hardship that came in her way due to her gender. Instead of letting people hinder her success because of their misogynistic views, she used the backlash to strengthen her desire to keep fighting for what was right. She created a new perception of what women could do, such as becoming great leaders and contributing to society as much as, if not more, than men, so that future generations of women could have a better chance at happiness, success, and equity than she did.  As Benazir was doing her best to create equality, men around her began to recognize and honor her work: “She is respected for her defiance of authority. She is no ordinary woman. In fact, she is seen as more a man than a woman---more a man even than a man, because she has defied the authority of army generals and a dictator, and she has won…’” (“Benazir Bhutto”). Benazir was unique in that she exhibited physical and emotional strength that was thought to be a trait only men have. She wasn’t afraid to stand apart from the crowd and fight for what she believed in. She questioned tradition instead of being confined by it. Her efforts went beyond her success, affecting the future success of all women. She opened the door for women to challenge all stereotypes that restricted them. Even in the most oppressive of societies, Benazir Bhutto distinguished herself from the people who were bound by gender rules and became a shining example for others to follow. 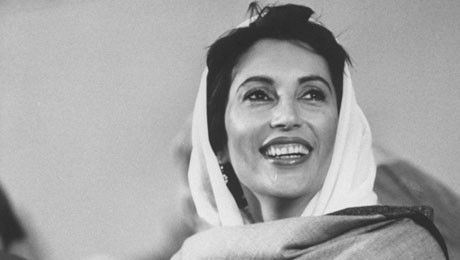 Bhutto smilingpinterest.comBenazir Bhutto sacrificed every aspect of her life for Pakistan and created a culture of gender equality. She made Pakistan a place where women could be strong, independent, and powerful. She devoted her life to making Pakistan a better place for everyone through her hard work and numerous sacrifices. She showed that women can be strong government leaders. Bhutto had all the textbook characteristics of a hero, but what distinguished her was that she achieved this in a young, third world country, when many older, more developed countries have not yet established a woman in the top leadership role. The amount of suffering she endured could’ve caused an ordinary person to give up hope and quit fighting, but she was never an ordinary person. The needs of her nation always came before everything else. She never wanted wealth and fame for herself, only the best for Pakistan. In life and in death, Benazir exemplified the spirit of an eagle, flying at the tops of mountains, watching over her land, and protecting her people.