by Rachel Parsons from Woodland Hills, California in United States

They follow me. They threaten to kill me, to kidnap me, they threaten my family. That is what we face. 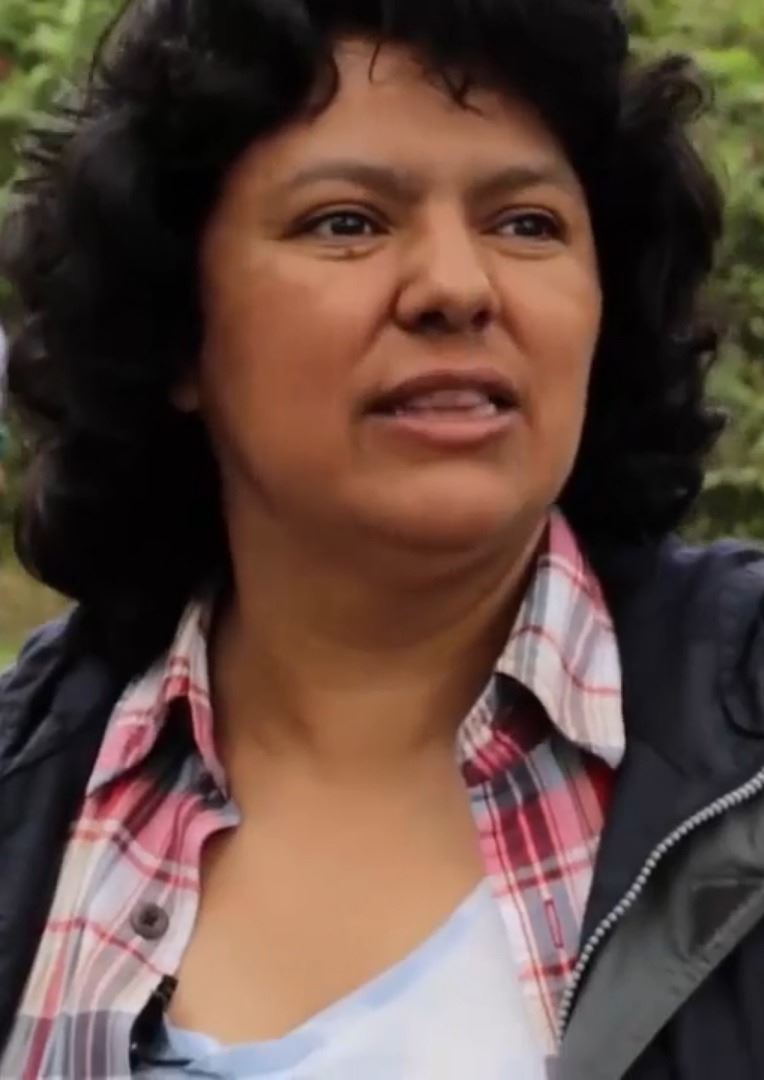 Berta CáceresUN Environment / CC BY (https://creativecommons.org/licenses/by/3.0)Honduras is one of the most dangerous countries in the world to be an environmentalist, according to the investigative group Global Witness, and activists who are critical of the government are often hurt or killed.

Berta Cáceres was one of those activists. She was born to a native Lenca community in southwestern Honduras and worked her whole life as an environmental and human rights advocate. The Lenca people are indigenous to parts of Honduras and El Salvador and have inhabited the region for thousands of years. Researchers have learned that though the modern Lenca are largely Roman Catholic, many still hold traditional spiritual beliefs about the land they are a part of.

In 2010, the country’s government announced plans to build a number of dams along several rivers which run through Lenca land. Because the people believe the rivers have a spiritual identity, they hold great meaning for them. They are also a vital part of many villages’ economies, and many Lenca farm the land throughout river valleys and use the rivers for drinking water and fishing.

Cáceres helped organize the communities that would be affected by these dams to fight for their land rights, though she was well aware of the danger of standing up to the Honduran government. Under her leadership, the people’s resistance led to the dam projects being abandoned, but the victory only served to make her a target, as well as others in the social justice movement.

The strength that allowed her to put her community’s welfare before her own also pushed her to enlist those close to her. As friend and human rights activist Ismael Moreno Coto told The New Yorker in 2016, “She had a special way of making us uncomfortable […] She wouldn’t leave us in peace until we were all part of the fight.”

This persistence and grit made Berta Cáceres a leader in her community for more than 20 years. She chose to keep fighting even though she knew she was in danger, and received threats regularly from the military-backed government and corporations whose actions she opposed.

In 2015, Cáceres was awarded the prestigious Goldman Environmental Prize. In her acceptance speech, translated from Spanish, she explained why the need to protect her people’s land was so important:

“In our worldviews, we are beings who come from the Earth, from the water and from corn. The Lenca people are ancestral guardians of the rivers, in turn protected by the spirits of young girls, who teach us that giving our lives in various ways for the protection of the rivers is giving our lives for the well-being of humanity and of this planet.”

In March 2016, Cáceres was shot and killed in her home in La Esperanza, Honduras. Within the activist community, the gunmen are thought to be connected to the Honduran government.

Cáceres is a hero because she stood up to the powerful on behalf of the weak and helped give a voice to people who would otherwise be silenced. She was not alone in this fight, and the work she began continues through the organization she co-founded in 1993, the Council of Popular and Indigenous Organizations of Honduras, or COPINH.

COPINH is a cooperative of 200 Lenca communities throughout the western states of Honduras and began in reaction to logging operations in these areas. Today the council continues Cáceres’ mission by organizing the people of these towns and villages to fight for land, civil, environmental, economic, and education rights.