I think it’s important for young kids to have all kinds of role models. 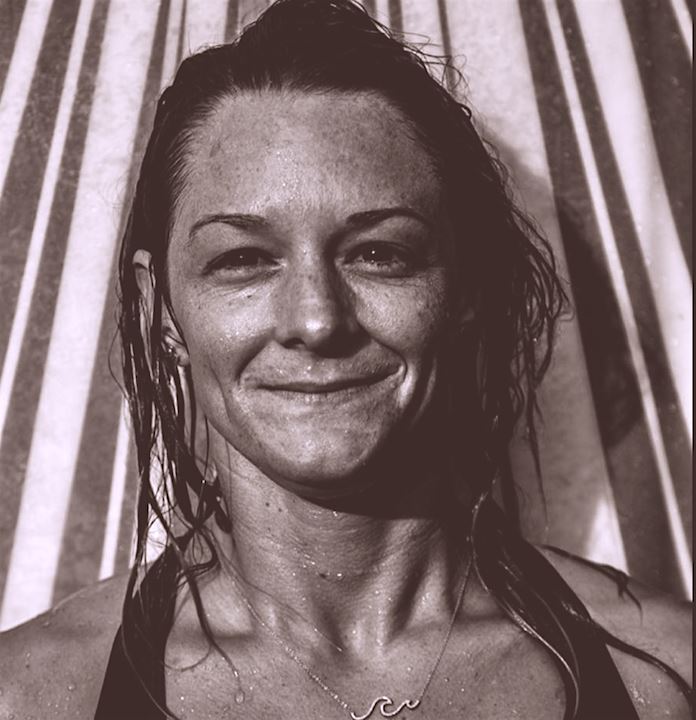 In 2007, when Bianca Valenti was a senior at UC Santa Barbara and the co-captain of the UCSB surf team, she had a near-death experience. She and co-captain Charlie McMahon were just starting to get into big wave surfing. Valenti paddled out at Ocean Beach in San Francisco, where she now lives as a professional surfer—only back then then she didn’t know how big the waves got. She squared off a wave the length of a garage and as tall as a two-story house.

She told MY HERO, “I went under it, duck dove down, and the second I went under water, I was just getting thrashed and throttled and ragdolled, and spun every which way. I opened my eyes and all I saw was dark. And then my feet touched the sand bottom there. I pressed the sand, and I was just taking a few really slow strokes to the surface, because I had nothing left in me. At this point my lungs were burning like battery acid. I just thought to myself, ‘If there’s one more wave after this, I’m going to die.’ Luckily there wasn’t another wave.”

That was when Valenti knew she had the drive and skill to surf big waves.

By 2014, Valenti surfed—and won—her first big waves contest at Nelscott Reef in Oregon. There, she met fellow professionals Paige Alms, Andrea Moller, and Keala Kennelly. “Two things got me fired up at that point,” she said. “I wanted to have the opportunity to win more events, but there weren’t more events for women. Also I noticed that just the sight of women surfing big waves was opening people’s minds … Especially as the waves get bigger and bigger, I’m mostly surfing with guys all the time. To surf with eight other women that day, it was my first time that I ever had that experience.” Valenti, Alms, Moller, and Kennelly became a dynamic foursome. “We just became the best of friends in that moment and then decided to stick together and support each other, and then fight together.” 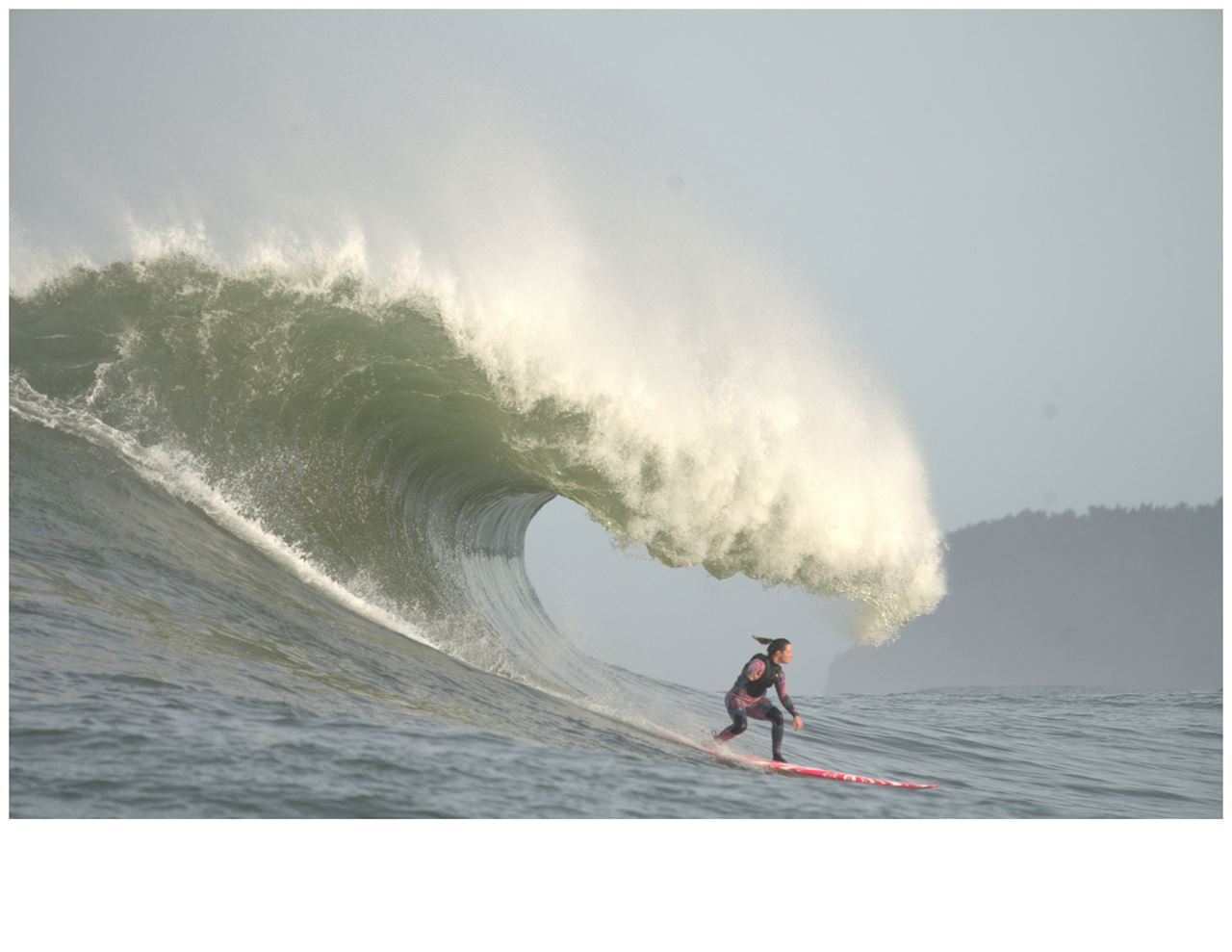 The four surfers formed Committee for Equity in Women’s Surfing (CEWS) to fight for entrance at Mavericks—a contest set in the surfing location of the same name, north of Half Moon Bay. Mavericks is invitation-only and was open to only men when CEWS was formed. Now, through the organization’s hard work with the State of California, women are awarded 12 spots and equal pay in their own division. The lobbying of CEWS changed not only surfing competitions but all sports competitions that use public land in the state.

When Valenti was young, there weren’t many women represented in surfing culture or included in magazines, save the lone picture of a female surfer in a g-string bikini. Valenti told MY HERO, “I think it’s important for young kids to have all kinds of role models. That way they know that normal people can do extraordinary things and that we’re not superheroes. All the people who they see who are superheroes, they’re just normal people who have these crazy dreams. And sometimes the dreams aren’t even that crazy. If you work hard and you stick together with your friends, you can do anything. You can move mountains.”

For Valenti, her own current role models are the four women who founded the Black Lives Matter Movement: Alicia Garza, Opal Tometi and Patrisse Cullors, and Malina Abdula. “Those women are really big heroes of mine right now that are leading this movement that’s so important, and they’re doing it with such gracefulness and authority. It’s pretty amazing to watch them in action.” Marine biologist and explorer Sylvia Earle is Valenti’s biggest overall role model. The Sylvia Earle Ocean Conservation Award is given annually at the MY HERO International Film Festival by MacGillivray Freeman Films. 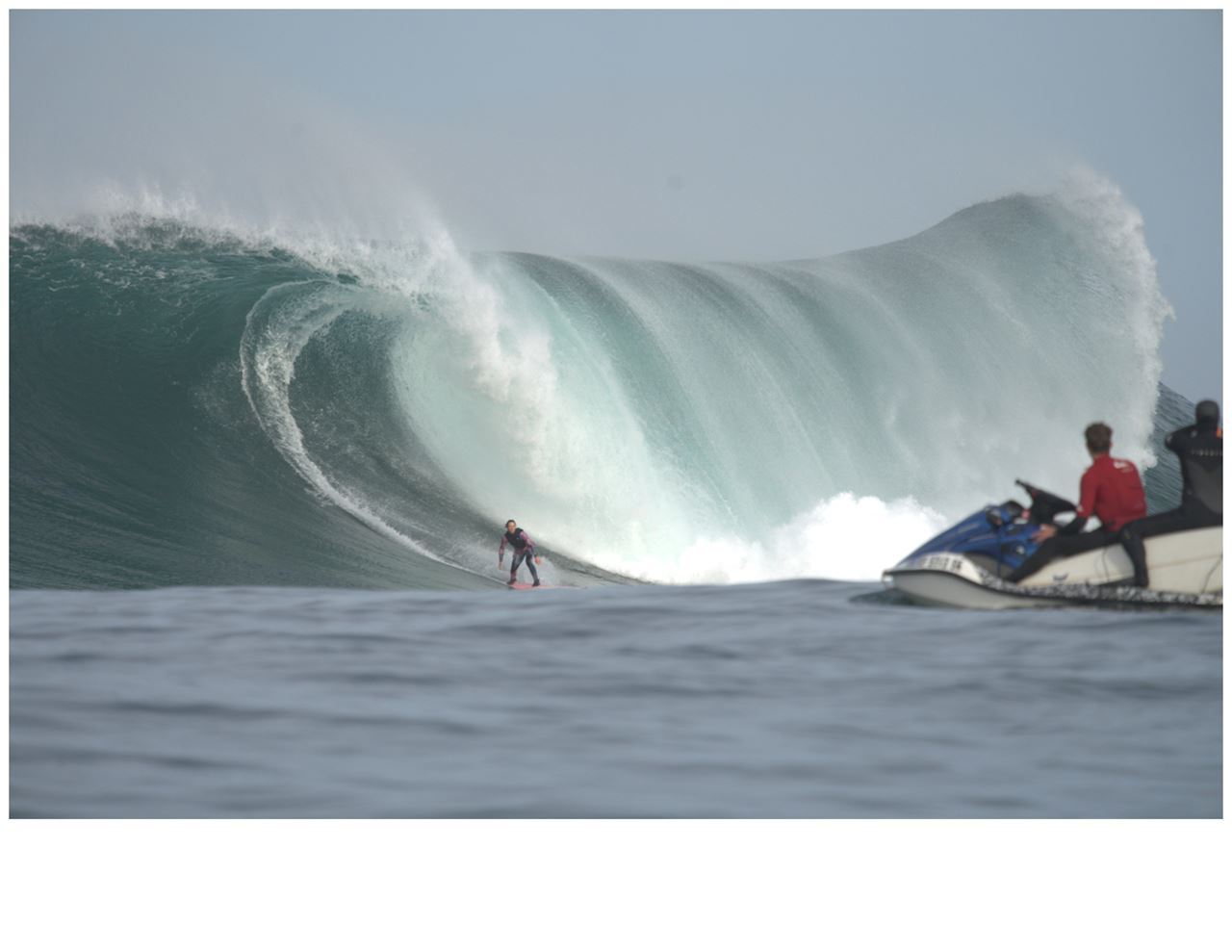 Bianca Valenti has fought hard for her place in the surfing world, and the new opportunities push her to reach even further. “When times get tough, I think about myself as a kid, and all that frustration that I felt when I realized that girls don’t have the same opportunity as boys. I think about the little kids today, and it is better now, but it’s still I try to make change so that they can have the opportunities that I wished I had … I think right now I’m just inspired to make the world a better place and ride bigger waves and ride bigger waves in the ocean, and bigger metaphorical waves on the land.”