by Dana Nguyen from San Diego, California in United States 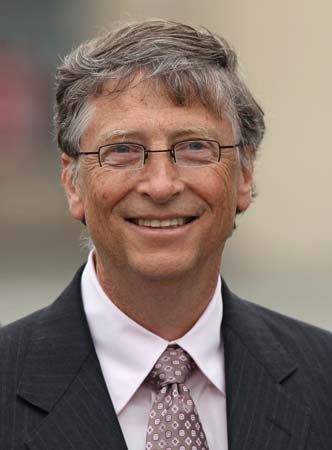 Bill Gatesgeniusrevive.com“The will to win, the desire to succeed, the urge to reach your full potential... these are the keys devote yourself and put in the hard work to make it a success. From the quote, it is important to that will unlock the door to personal excellence,” (Confucius quoted in Carew-Miller and Zhang). In order to achieve your goals, you must understand that you need to buckle down and have the dedication to your goal to achieve in life. Furthermore, to me, a hero is someone who is intelligent and is able to use that trait to create something that will help society. A hero is someone who is willing to sacrifice for those around them. A firefighter is an example that comes to mind. Although many extreme situations, like an FBI agent or a soldier,  have produced valorous and noble acts, there is heroism in less noticeable examples such as striving to improve oneself and the community around them. Heroism isn't limited to single actions or limited impacts rather, it can be over a long period of time and impact many people. Through a hero’s example one can see compassion, selflessness, and intelligence. A hero to me is successful in what they do and yet still cares for others. Rich or poor, a hero is able to achieve their goals through obstacles that might be in a their way. 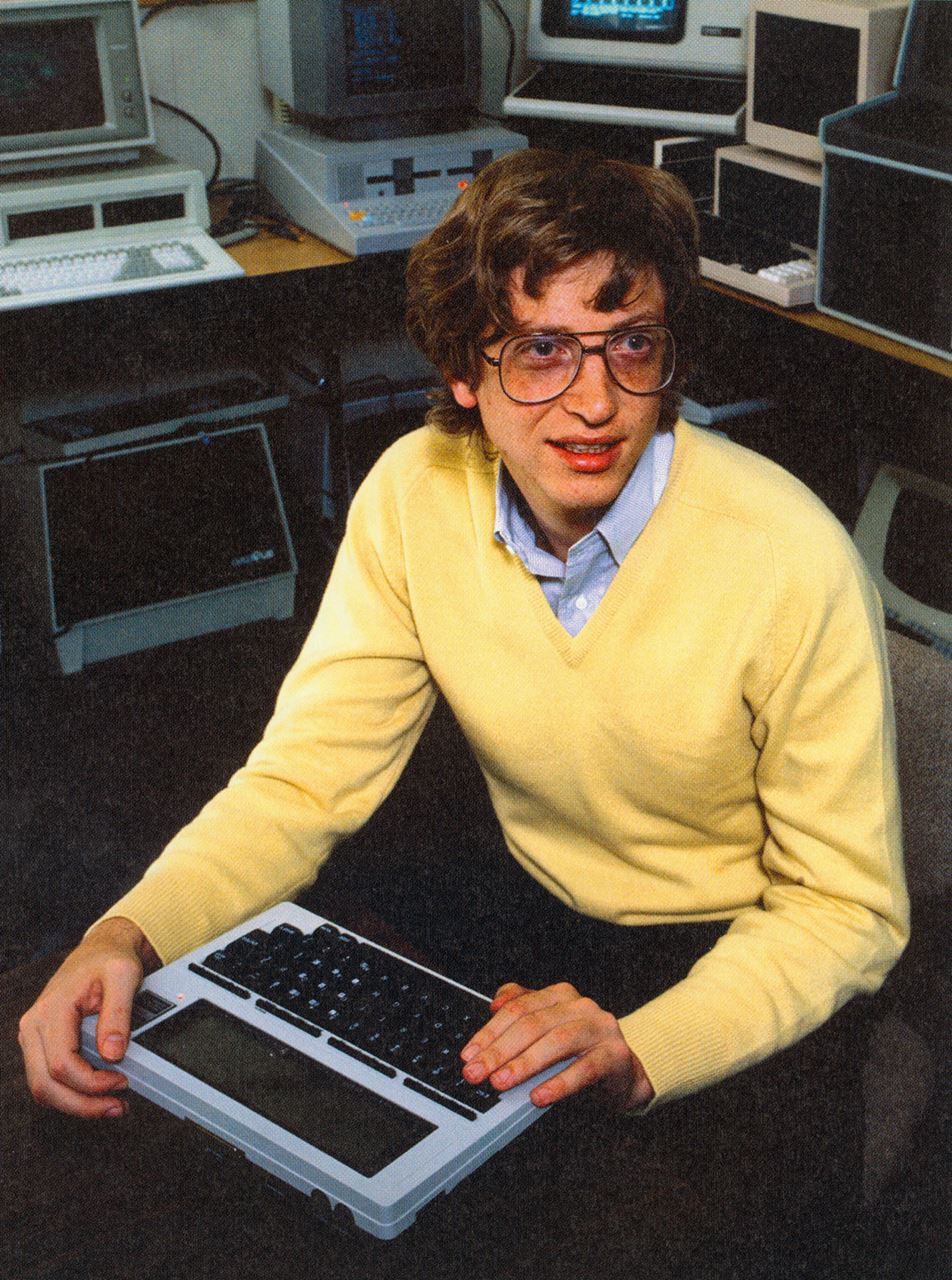 Bill Gates during high schoolachievement.orgHeroes come in many varieties, A young man was able to achieve his goals starting a small business, growing that business, and later giving back to others. Bill Gates was born in Seattle, Washington, on October 28, 1955. When he was young, he went to Lakeside School and started  having an interest in computers. During school, he was a troublemaker and his parents believed that he wouldn't have the capacity to get into school. In spite of the fact that he was somewhat terrible at school, he was exceptionally talented. Later on, he at that point moved to Boston where he went to Harvard. After creating Microsoft with his friend, Paul Allen, he dropped out of Harvard and dedicated his life to the fledgling company. Over time, Microsoft grew into a multibillion dollar company. He then retired and moved to Washington to work more on his foundation with his wife, Melinda Gates. Bill Gates acquired many heroic traits. A hero must possess intelligence and compassion. Someone with intelligence can capitalize on new ideas and approaches to accomplish his or her objective. Someone who has compassion is kind and concerned toward others. Compassion motivates people to go out of their way to help the emotional and the physical pains of others. Bill Gates has a positive influence on today’s world because he is an intelligent businessman and a compassionate philanthropist who has committed vast sums of time and money to improve the world. 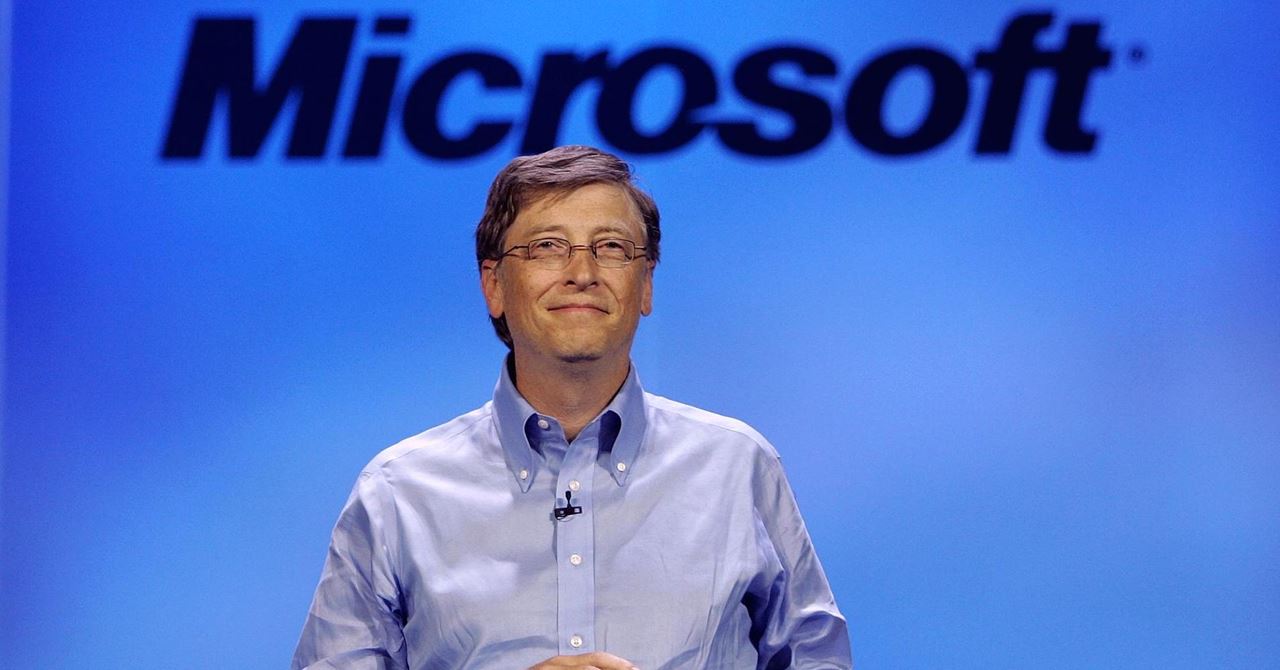 Bill Gates during meeting at Microsoftcnbc.comBill Gates is an intelligent individual who uses his abilities to help him become an independent business man and use that to help many people around the world. When he was young, he was able to achieve what others couldn't do: “After scoring 800 on his math SAT--a perfect score--Gates graduated from Lakeside in 1973 and left that fall to attend Harvard University. He studied pre-law, but he ended up staying at Harvard for only two years,” (“Bill Gates.” Biography Today). Having a perfect score in math is very rare and only the best students are able to have that score. Bill Gates is one of the best and also is able to achieve what a lot of kids want, Harvard. Harvard is very prestigious and difficult to get into, but Bill Gates is able to do it. Because he is able to get a perfect score and get into Harvard, he is intelligent and smart enough to even quit Harvard to start his own company. He took a risk leaving Harvard to pursue his goals, giving up what many people expected to be a successful career as a lawyer. Nevertheless he continues. His intelligence allows him to see openings in the market that others couldn't see.  This serves as an example to follow one’s belief in their own intelligence despite the doubts and criticisms from naysayers. Gates may serve as a role model for those looking to branch out and start something on their own but are afraid of smashing against the rocks of failure. Additionally, he is an intelligent individual who flourishes in everything. However, this does not mean there were not obstacles on the road to success. Gates is able to negotiate those obstacles, like having no support in his business, and find ways to make the most out of every situation. He is one of the few who is successful in his young career because of this tenacity. Bill Gates teamed up with Paul Allen to create something new: “Gates and Allen adopted a version of BASIC, an early computer language, and licensed the operating system M.S.‐DOS to IBM for its first personal computer (PC) in 1981,” ("Bill Gates." Hutchinson's Biography Database).  Bill Gates builds his career on strong logic and mathematical skills. He acquires all the technical skills himself, which led to his unique and new ideas. Gates is able to successfully market his proprietary ideas, allowing for Microsoft to grow.  Also, he works with MIT, and this became a very important step in growing his successful company. He was smart enough to seek outside help and ideas helped him combine the best from multiple sources and surpass the competition. Bill Gates is able to understand what is best for his company and pursues that. His software helps millions of people by revolutionizing computing. Programs like Excel changes the way that businesses kept records and allows for more efficiency and productivity.  Bill Gates is an intelligent individual who thrives in every environment, which has helped him become what he is today. 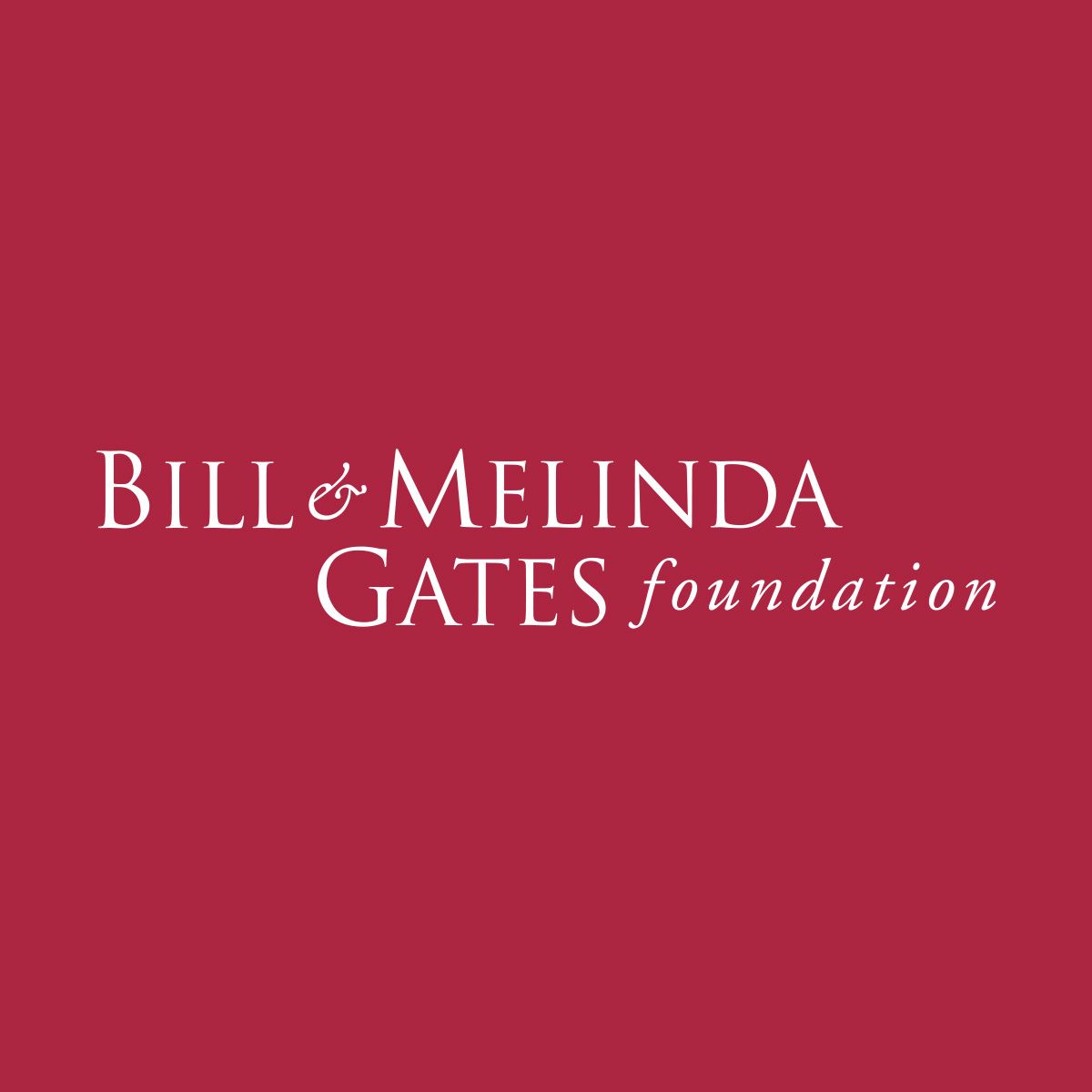 Bill and Melinda Gates Foundationgatesfoundation.orgDespite being an exceptionally rich man, his compassion is what really makes him a hero who can use his wealth and intelligence to help others. He cares for both his foundation and business: “In 2008 he gave up a day‐to‐day role in Microsoft to spend more time on philanthropic work, but continued to serve as company chair and as an advisor on key development projects,” ("Bill Gates." Hutchinson's Biography Database). Bill Gates is a caring individual who gives generous donations of money to help important causes. Despite the fact that Bill Gates chose to resign from Microsoft,  he still thinks about his company and encourages it to flourish. This shows that he is trying to help both of his businesses become better and help the world. Gates impacts and improves the lives of many people around the globe. He could easily hoard his wealth but he chooses to give back. He is able to do two things that he cares about at the same time, and they are both successful. Bill Gates went to a high school and took an interest in one kid:“When I visited High Tech High in San Diego a few years ago, one young student told me that High Tech High was the first school he'd ever gone to where being smart was cool. His neighborhood friends gave him a hard time about that, and he said he wasn't sure he was going to stay. But then he showed me the work he was doing on a special project involving a submarine. This kid was really bright. It was an incredible experience talking to him -- because his life really did hang in the balance,” (Gates). He is particularly moved by this student because he is very bright however, the student felt the impacts of peer pressure from his neighborhood friends that could have potentially derailed his future if he had dropped out of school. Gates wants to demonstrate that being smart is in fact, “cool” and that there are many benefits to being educated and intelligent. He is caring enough to help this kid out, showing him that being a smart individual is not bad, even though the student was a stranger to him. Even if the impact of that action was small, he could have changed the entire course of this person’s life for the better.  Bill Gates was moved by this and spoke about it during his speech to members of the Bill & Melinda Gates foundation. This shows him as an individual who cares about people who aren't in a good place, like how he helped the student out. Bill Gates is a kind and caring individual, and these show what he does to help society. 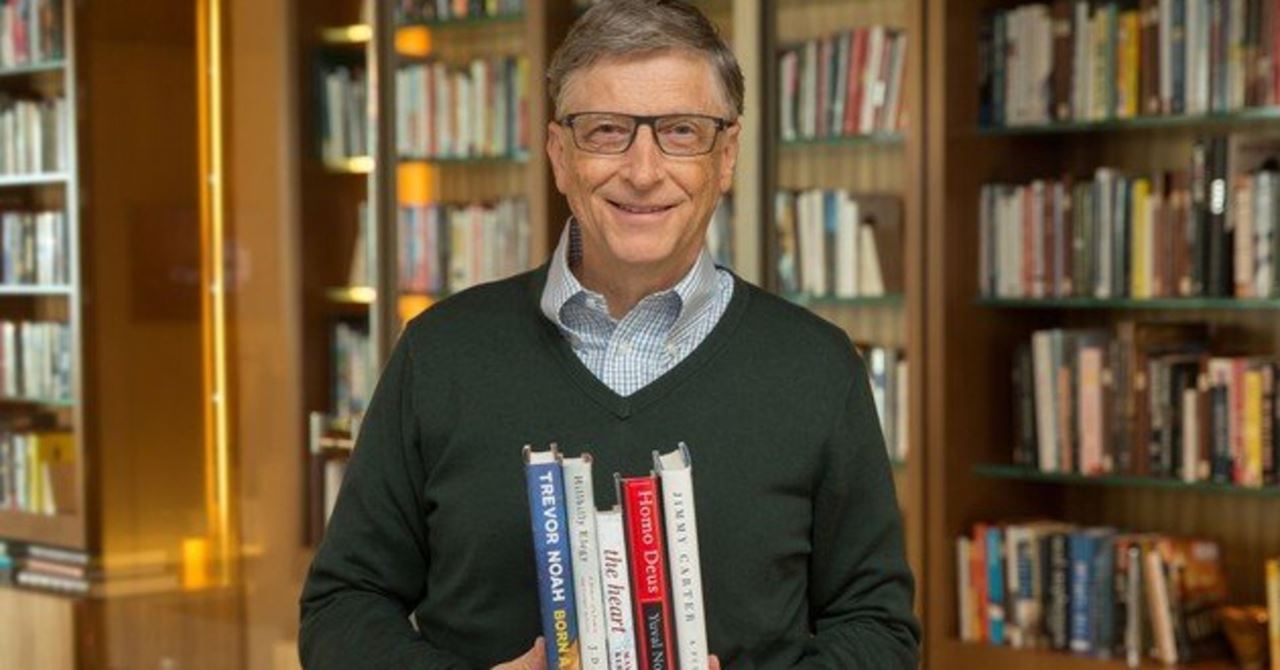 Bill Gateshuffingtonpost.comBill Gates is an inspirational hero who accomplishes his goals through his intelligence, and his compassion towards others.  Having the trait of intelligence helped Bill Gates achieve his goal of making Microsoft. He was then able to give generous donations to important charities, and that shows caring. As computers became increasingly important in the 1990s for both personal and professional use, Bill Gates was catapulted into the number one spot on the list of the world’s richest people. Bill Gates inspires others to accomplish their goals. Despite the fact that he was a college dropout, he is very successful. This gives an inspiration to me and others that it doesn't matter what you are now, but if you leverage your natural intelligence, you can achieve your goals. After Bill Gates dies, a tremendous amount of money will be given to charity:“Gates has pledged to eventually give away 95 percent of his fortune to charity and has urged many other billionaires to follow suit,” (Riggs). Bill Gates is exceptionally caring and committed himself to give away over half of his wealth to charities. He became a multimillionaire from his company and is able to donate a lot of money to enhance individuals' well being and allow them to lift themselves out of abject poverty. He inspires others to donate or help charity, regardless if it wasn't money related. All in all, the qualities that Bill Gates have are the things that I value dearly. For me, Bill Gates is a role model to what I want to achieve later in life. His intelligence and compassion are the traits that I aim to achieve. These qualities are what make him a hero and I hope be a successful person like him. Bill Gates demonstrates that rich or poor, with the right mind set, goals can be accomplished despite other hardships that come in one’s way.