February 26th 2022 marks the 50th anniversary of the incorporation of National Public Radio. In 1971 there were 88 member stations and a total staff of 65; now the total staff is 862 with 390 in news and 17 overseas bureaus and 1008 member and affiliated stations. The total weekly audience for NPR stations is 37 million; 27 million for NPR programs. Nearly 100 Million use NPR content from some platform in a month. NPR is the leading publisher of podcasts and reaches 22.7 million a month in podcasts. 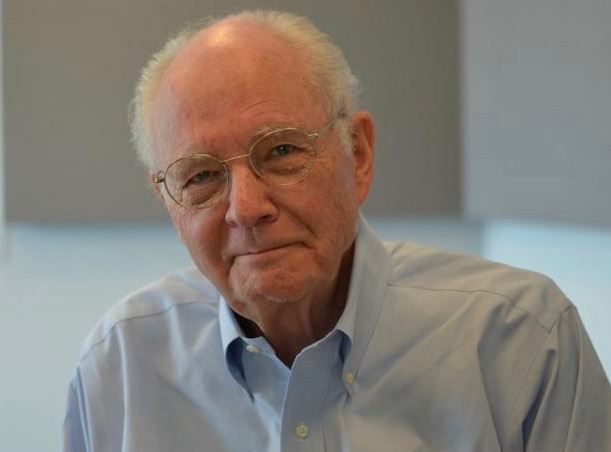 When Bill Siemering was a child sitting in a two-room classroom outside of Madison, Wisconsin, radio was the means for farmers to get crop information to scatter seeds. The seeds planted then have since evolved over the course of his lifetime, from the boundaries of the University of Wisconsin campus to the boundaries of the state, to the far reaches of Africa.

“As a child, I learned if you see a need, find a solution,” Siemering recently said.

Siemering was one of the original founders of National Public Radio (NPR) and a continuing advocate for the non-commercial medium. NPR is now the leading publisher of podcasts and an important part of the American cultural landscape. “Listeners should feel that their time with NPR was among the most rewarding of their media contact,” Siemering said. After a lifelong career in public radio, Siemering took his passion to the developing world, where he nurtured independent media.

Today, radio is the most important media outlet throughout Africa. It has propelled countries like Sierra Leone toward peace. Siemering said, "One of the rebels came out and said we can't have peace unless we have a radio station." Radio has also helped to disseminate important information during health crises from Ebola to Covid-19. Siemering makes the case for radio as the most undervalued medium and at the same time the most intimate. When we have this need where everything is run by profit, it makes the need for pubic broadcasting and public support of media all that much more important.

About Sierra Leone: One of the rebels came out and said we can't have peace unless we have a radio station.

“Public ignorance is the greatest threat to our country. How to overcome it is something we’re all looking at,” Siemering said. “The future of audio is strong; we’re living in the age of audio.”

Along the way, as Siemering reshaped media, bringing Fresh Air from a local to a national show, he received a MacArthur Foundation Fellowship and Lifetime Achievement Award from National Public Radio, as well as an honorary doctorate degree from State University of New York at Buffalo.

Early in 1970, Siemering, the first program director at NPR, put together this “mission statement,” as meaningful today as it was then. It supported NPR’s request for aid from the Corporation for Public Broadcasting and continues to define All Things Considered. While it is no longer the NPR official mission statement, it is as valuable today, as it was back then. All things considered, welcome to the glorious and golden age of audio. Stay tuned.