by Maddie Duke from San Diego, California in United States

"Being a Christian is more than just an instantaneous conversion - it is a daily process whereby you grow to be more and more like Christ." 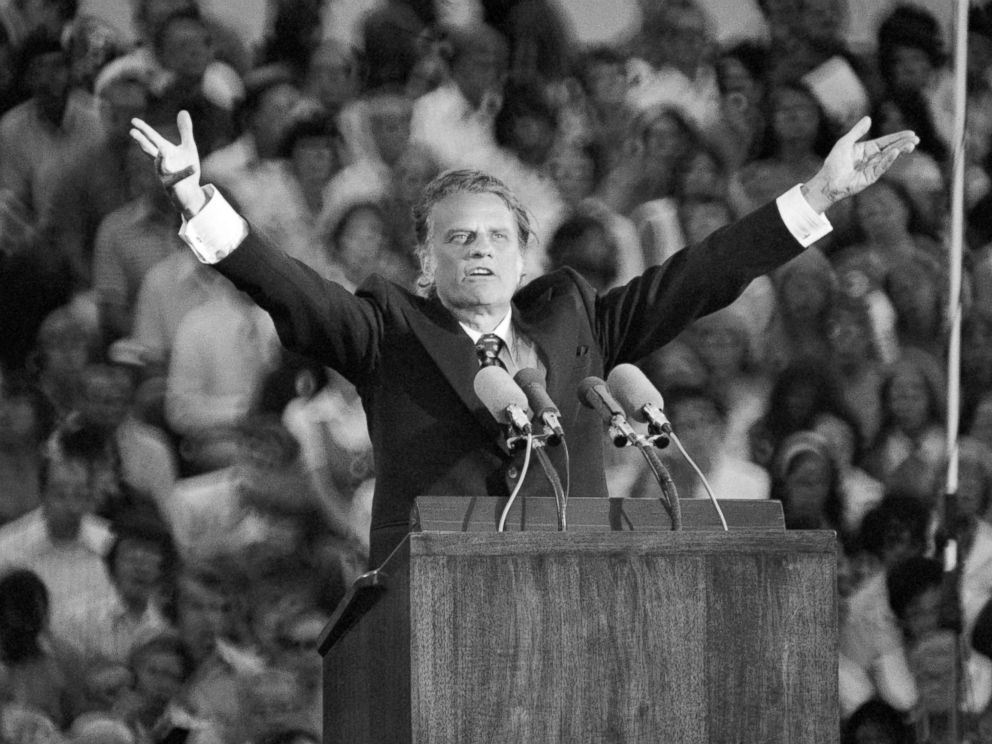 Graham calling everyone to come to Jesus Christabcnews.go.comThousands of people packed into a stadium waiting in anticipation of hearing the words of one man to speak to them about the life, death, and resurrection of Jesus Christ. This was a normal occurrence for Billy Graham, who over his lifetime influenced millions of people through the word of the Gospel. Billy Graham was an American Southern Baptist evangelist who became famous for spreading Christianity after becoming a minister in the 1930’s. Graham, at age sixteen, was at a nearby revival meeting in North Carolina and was led to Christ. From that point on, he dedicated his efforts to spread the word of the Bible. It did not take long for people to identify with Billy Graham’s captivating and sincere Gospel sermons. Graham’s crusades caught fire when some began to criticize him for his literal translation of the Bible and old-fashioned ideas, so he prayed for guidance. After he prayed the greatest assurance came upon him, and from that day on his mind was completely made up to preach the gospel despite any criticism that may come. That decision gave him a power to his preaching that never left him. The Gospel in his hands became a hammer and a flame that would help him continue his career. Over fifty years, Graham preached to more than two-hundred million people in live audiences, from country churches to the world's biggest stadiums. More than three million have stepped forward in the course of his sermons to make a commitment to Christ. Graham was arguably the most prominent,  and successful of America’s Protestant Evangelists, not only this but he was also one of the most successful evangelists in the history of Christianity. Graham also spoke intimately with many of the most powerful figures of the 20th century, including twelve American presidents. Graham was admired by thousands for his moral resilience to not only stand up for what he believed but because he lived what he believed, he was a living example of a humble servant and follower of Jesus Christ. In addition, he was idealized for his outstanding communication skills and the tremendous influence he had on U.S presidents and world leaders.  He was tenacious in spreading the word of God around the world, despite criticism, and persevered through his pursuit, as he knew God was within him.

Billy Graham preached through radio shows, crusades, and books. Graham demonstrated GRIT, which stands for growth, resilience, integrity, and tenacity. It was this GRIT that many throughout the world admired and idolized. Graham’s persevering character, his passion for standing up for what he believed and his GRIT to preach before millions made him a hero to his followers and to the evangelical community. 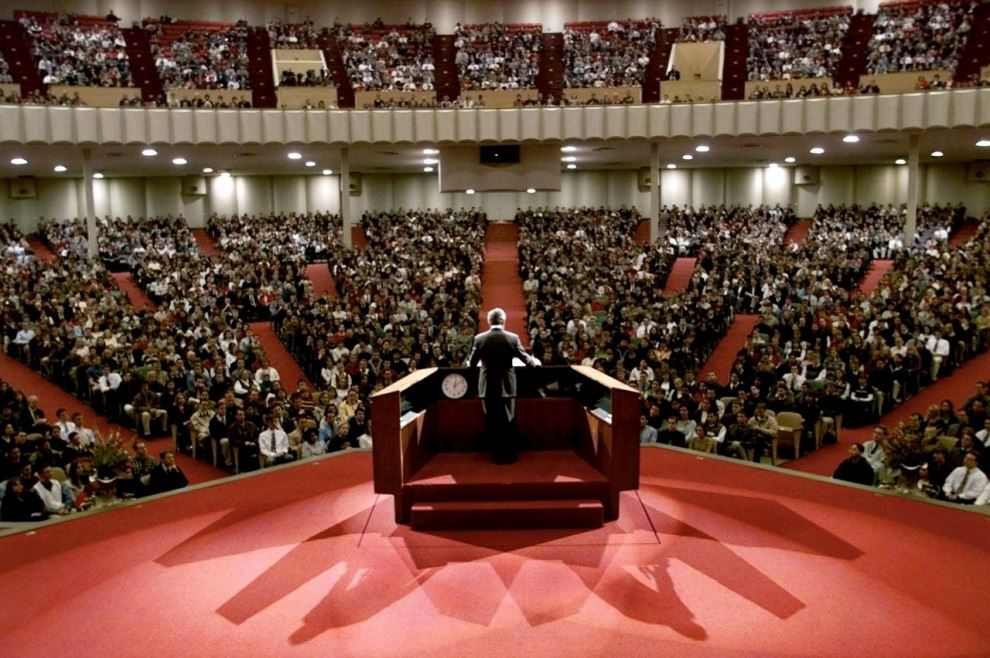 Graham pursing his call in lifeamerica.aljazeera.comEvangelist Billy Graham devoted the better part of his life to spreading the Christian message. Before Graham began his ministry, “he was still worried by self- doubt and concern for his future. One night at Bob Jones College, Graham was again converted. ‘I remember getting on my knees,’ he later said, ‘and saying to God, if you want me to preach, I will do it.’ With tears streaming down his face he was told that God did call him, and he ‘made this great surrender to become an ambassador for Christ’” (“Billy Graham”, Newsmakers). As a result of this conversion experience, he was able to surrender his life to God. He had many doubts until he prayed, after he prayed fire and passion came into his heart. From that day on, he knew that his purpose in life was to become an evangelist to spread the powerful words of Jesus Christ. For anyone to be a hero it often requires great personal sacrifice and self-denial. Graham’s decision to surrender his life to Christ and answer God’s call to preach is an example of total and complete surrender to serve God and to be obedient to what God had called him to do. His willingness to obey God was often at great sacrifice to his time and his family. History is full of stories of men in similar circumstances who either failed to obey God or failed to passionately pursue what they knew they were called to do. Graham is a hero because his passion and personal sacrifice resulted in thousands being influenced by the gospel and lives changed forever.  By 1938, Graham was confident that God had called him to become an evangelist and preach: “ From that moment forward his commitment was unswerving. During his years at Florida Bible Institute, young Graham preached in small churches, in mission services, and on street corners” (“Billy Graham”, Biography).  This is an example of Graham’s passion to preach and his zeal to obey God. He took the knowledge and experience that he gained at Florida Bible Institute and used it to communicate the Gospel effectively to millions of people. Billy Graham was able to be passionate about being a preacher and evangelist because of his second conversion experience and him hearing God’s call on his life at Bob Jones College, which gave him the confidence to move forward and act on what God had directed him to do. Many people, after becoming aware of what they are called to do, will often delay in pursuing their call. Graham is unique in that he immediately began to act upon what he believed he was called to do. This reveals his noble qualities of passion and self- sacrifice to give up other pursuits and to immediately pursue his calling. This is the very quality that people admire him for even today.

Graham demonstrated GRIT (Growth, Resilience, Integrity, and Tenacity) by showing his resilience to criticism. Additionally, he had the ability to be bold in proclaiming the Gospel to millions of people. Whenever you are faced with criticism it requires resiliency, integrity and tenacity to stand up for what you believe in. Graham had to face disapproval on many occasions: “Theologians long criticized Graham for his emphasis on the moment of decision for Jesus, arguing that the evangelist radically oversimplified the nature of religion and the demands of the faith by focusing almost exclusively on “accepting” Jesus”(Meacham). Many Theologians challenged Billy’s faith and views on the Bible, through this criticism Billy grew in his faith and never once questioned his ability to speak the gospel or spread the word. Many people who face criticism will often give in and change their views to satisfy their critics. Graham however, changed for nobody, all he needed was God’s blessing and he knew that nothing could shake or destroy him as long as he was serving the Lord. This is an example of Billy's moral determination and resilience, the ability to stand firm on his beliefs and values even in the face of criticism. It took GRIT especially tenacity not to change his message in light of the criticism he received. Despite criticism, Graham, traveled around the country and the world, speaking boldly to thousands of people at a time who had never heard about Jesus Christ and what he had done for them: “Graham is undoubtedly best known for his numerous "Crusades," which have attracted people by the millions around the world. In 1954, when he planned one for England and Scotland, friends advised him against it because they felt that the attitude of Britain and the newness of his appeals would guarantee failure. Instead Graham won countless friends and converts”(“Billy Graham”, American Decades). This is an example of Billy’s GRIT, he remained tenacious and resilient and maintained his integrity in pursuing his crusade in England and Scotland despite his friend’s advice to cancel. Many people in similar circumstances would have given in to the advice of their friends but it was Graham’s GRIT that drove him to do otherwise. During his crusades, this would be the first time that people would hear the name, Jesus. Knowing this, Graham remained tenacious and resilient in his beliefs hoping that people would see how great God is and what he has done for them. Despite a demanding schedule and multiple critics he remained bold and revealed GRIT in pursuing God’s call on his life and was resilient in standing up for and living what he believed. It was this demonstration of GRIT that millions of people admired. 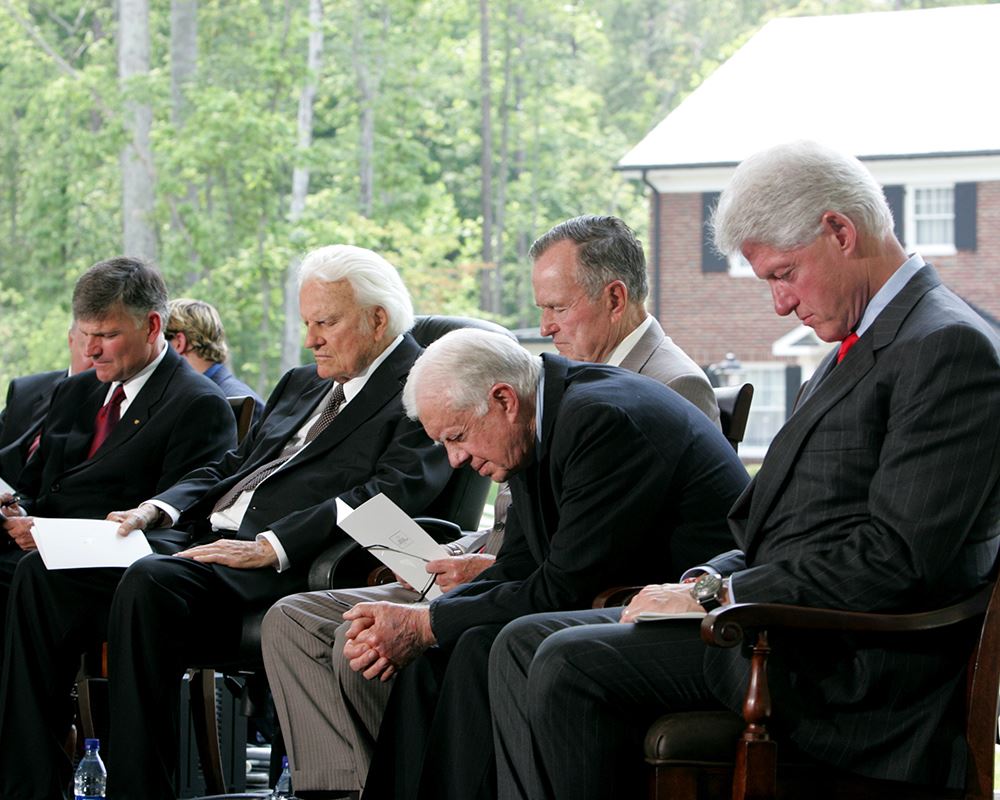 Billy Graham in fellowship with several U.S. Presidentsbillygrahamlibrary.orgBilly Graham preached in many different ways to reach out to people and share the gospel with them. Even though he was criticized, he did not change his view of God. Instead, God gave him the special qualities of GRIT and passion for him to continue preaching to millions of people. It was these character qualities that emboldened the North Carolina native to speak the truth of God passionately. Billy Graham's GRIT and passion to spread God’s word inspired and touched millions of people. His GRIT was demonstrated by the way that he did not back down from what he believed and how he knew that no matter what happened in the future he would continue to preach and fulfill God’s mission. He not only inspired millions of people but he also inspired me to receive God’s call on my life and not to worry about my future because God will provide me with all that I need to pursue my calling. Billy Graham was known as America’s pastor, and his religious teachings were often called upon by several of America’s presidents. Presidents called on Graham in their dark hours, and millions said he showed them the light. Upon hearing of Billy Graham's passing, former President Jimmy Carter released this statement: "Rosalynn and I are deeply saddened to learn of the death of The Reverend Billy Graham. Tirelessly spreading a message of fellowship and hope, he shaped the spiritual lives of tens of millions of people worldwide. Broad-minded, forgiving, and humble in his treatment of others, he exemplified the life of Jesus Christ by constantly reaching out for opportunities to serve. He had an enormous influence on my own spiritual life, and I was pleased to count Reverend Graham among my advisers and friends”(“Presidents Past & Present”). It did not take long for people to recognize Graham’s passion and GRIT to speak boldly about the Gospel. Additionally, he not only preached the gospel but he lived it in his daily life and was a shining example of a true godly leader. It was this passion, GRIT, living example and leadership that millions admired and idolized resulting in him becoming a hero to millions, including myself.

For more information on Billy Graham read the books: 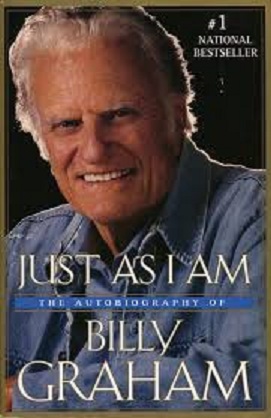