Bob Hansman made it his life goal to end the racial divide between the city of Saint Louis, establishing the program City Faces in which he teaches kids in the inner-city life skills to keep them away from the violence in the community and aid in their future success.

by Caden Lane from San Diego, California in United States

“City Faces now operates year-round, four days a week, and is less about art and more about life skills” 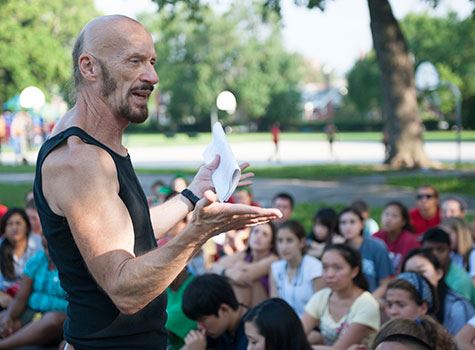 Hansman teaching his class in Ivory Perry parkwustl.eduThe most heroic people to have ever lived--Nelson Mandela, Jackie Robinson, Neil Armstrong and so many others--have all shaped this world dramatically. Heroes have worked to save lives, end hunger, stop racial divides, and so much more. Yet all of these heroes, no matter how big or small, have been influenced by others. Some teacher, trainer, or coach has inspired these individuals to take a stand in the field in which they are so passionate.

Bob Hansman, an inner-city art teacher in Saint Louis, has taken initiative to help inspire the next generation of heroes. Hansman has lived in Saint Louis his whole life, experiencing firsthand the racial divide in the city. After his years of school, Hansman began to teach at the Sam Fox School at Washington University in Saint Louis. While living in a bad area of town due to a low salary, Bob taught an undergraduate Community Building course, encouraging kids to go out into the rundown neighborhoods of Saint Louis to help improve the lives of those living there. Now, he is the runner of City Faces, an art class that not only provides an escape from reality for the students, but also gives them a father figure in Bob for those without a strong one in their lives. He is also the manager of the Jermaine Lamond Roberts Memorial Art Studio in which some of the students’ art is featured. As a hero, it is essential for one to be steadfast in aiming towards their goal of making change in the world. They need to be committed to the cause and give 100% of their effort to the obstacle they hope to diminish. Furthermore, the hero must be confident in their beliefs. This strength will be the reason the hero does not back down when things get tough and will help the hero stay valiant while others are working against him/her. Bob Hansman possesses these attributes of bravery and loyalty to the fullest, breaking down the barriers of racial divide in the city and making him a hero and role model for his students and others. 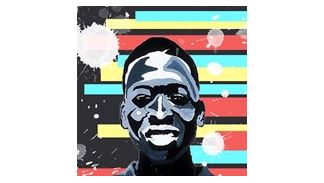 A painting from City faces representing the culture of the groupgephardtinstitute.wustl.eduHansman touches the lives of his students and onlookers through his steadfast loyalty towards the cause and the people affected. After leaving his rough hometown in the city to a nice suburb, Hansman felt he was not doing his part in helping the poverty and prejudice in Saint Louis. “‘...I felt guilty about leaving the city,’ says Hansman, a native of the area”(Kehe).  Hansman moved back to the city.  This devotion to Saint Louis as well as its residents eventually led Hansman to managing City Faces, an art program in the project Clinton-Peabody meant to be a safe place for children to come and learn how to draw. Soon after, Hansman began to encourage his college students enrolled in the Community Building course to come and help the class. 100% of his life is committed to the cause of helping these underprivileged children and through this commitment, the class has now expanded to more than 30 kids. After running the program for many years, Bob started to provide more assistance for the children, realizing that art classes were not fully preparing the kids to do well in the rest of their lives. After operating once a week on Sundays, “City Faces now operates year-round, four days a week, and is less about art and more about life skills”(Kehe). The students can now get help with homework, play sports, and learn to cook, skills that they can use in real life. Hansman’s sincerity towards the students is the reason for this expansion. The classroom (once held in Hansman’s apartment) has now been moved to the gym and kitchen of the local school after the city’s crime fighting group, The Guardian Angels, saw the dedication being put into the project and helped contribute. Living in this dangerous neighborhood, City Faces is even more beneficial to the students, keeping them away from the drugs and violence circulating throughout the city, Hansman going to lengths to even house a student in need. Bob’s normal attendance to the classes, as well as his commitment outside of the classes, helps the kids feel that they have a purpose. This hard work and dedication in the community has propelled the once small program into something amazing. Going hand and hand with loyalty, Bob’s courage has also helped the students’ lives reach new heights. 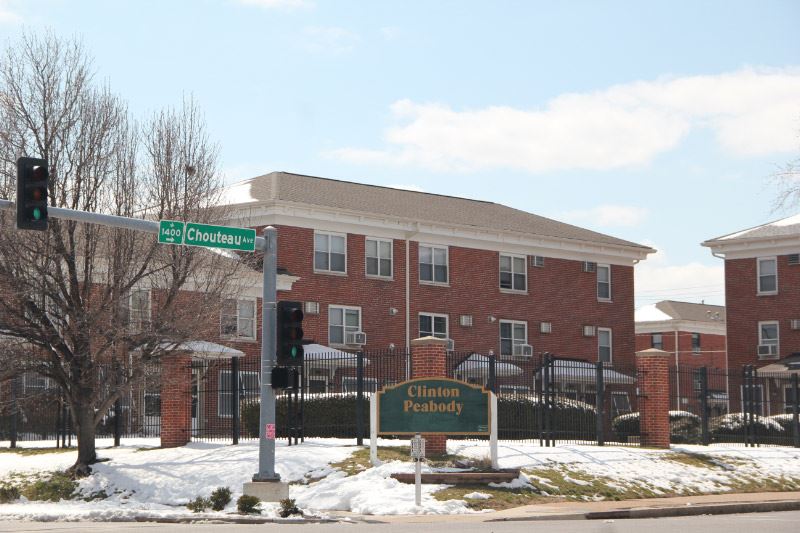 Clinton-Peabody housing projectlivingnewdeal.orgFrom the very beginning of the program, Hansman had to be mentally strong in order to endure the tough conditions of the project and reach the kids. After moving to one of the most notorious projects in Saint Louis, Clinton-Peabody, Hansman had to be resilient towards the cause. “Hansman described the area as a ‘glorified dumpster,’ overrun by gangs. ‘There were bodies laying behind dumpsters. In the first week, there was a murder on one of my kid’s front porches’”(Schuster).

Despite these events, Hansman’s mindset actually changed for the better. They showed Hansman how much these students needed his help. If Hansman had stopped his pursuit towards helping people in the inner-city, the kids would not be affected by him being a positive role model and would most likely succumb to the gangs and the violence of the area as shown in the quote; losing the potential they have of becoming future doctors, athletes, and heroes to others. It is essential for heroes to have these traits of bravery and strength because otherwise they would just be normal people playing life safe. As the runner of City Faces, Hansman had to face many scary obstacles in the neighborhood but his courage to overcome the obstacles Clinton-Peabody presented and to defy the normal trend of staying away from the dangerous area, allowed Hansman to affect the lives of the children living there. Although Hansman is mainly known for building City Faces into what it is today, he is also known for his campaign against the racial divide within the city. "Hansman and several friends set up a table on the streets to support civil rights and hand out literature to passersby. Despite being threatened by members of the Ku Klux Klan, Hansman and his friends stood their ground. The party members, however, dragged Hansman to an alley and beat him within an inch of his life. That wasn't the end of it. After Hansman was hospitalized and decided to press charges, the KKK blew up his lawyer's office" (Schuster). Hansman, even after being threatened by these gruesome gangs and other groups of people against the cause, is still to this day fighting for the rights of these individuals. His lack of fear towards an uneasy subject such as racial divide is uncanny. Through his protests he is hated by both extremes of African American people and white people not in favor of ending the divide affecting the city. It is this courage that heroes possess that doesn't hold them back from countering the problems facing society. If it was not dangerous or hard, the problem wouldn't need heroes like Bob Hansman to stand up and attack it head on. Instead ordinary people could resolve it. It is with these scary problems that heroes emerge.

Through Hansman’s loyalty and bravery, he was able to change and inspire the lives of his students through the program, City Faces. Bob stayed loyal to his students and the program by moving from his comfortable suburbs to the rougher part of the city, as well as providing more supplies and support to the program. Furthermore, he possessed enough mental strength to stay in the dangerous project to teach City Faces as well as protest against the restricted rights of those in the city. His dedication to this cause is inspirational to me and so many others. His commitment to City Faces as well as to the rights of those in the city is amazing. His whole life, even including his life at home and his day job, revolves around the cause since Hansman began to house a student in need and show his students at the Washington University of Saint Louis the troubles of those in the city. From rock bottom, he has transformed the lives of the kids in City Faces, pushing them to stay away from the drugs and violence of the city, and teaching them how to be positive role models to others. His acts have inspired the heroes of tomorrow--the next teachers, athletes, presidents, soldiers, and humanitarians--and rescued them from the terrible future that was almost unavoidable in the community.