"Life is one big road with lots of signs. So when you riding through the ruts, don't complicate your mind. Flee from hate, mischief and jealousy. Don't bury your thoughts, put your vision to reality. Wake Up and Live!" -Bob Marley 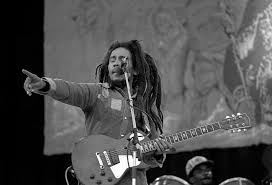 On the coast of Jamaica, three young boys strum their guitars and try to make a beautiful reggae melody over the sounds of street fighters punching and chanting right outside. Bob Marley, one of these boys, was a reggae musician whose number one philosophy was turning violence into peace. Marley was born on February 6, 1945 and grew up in Jamaica. During this time, Jamaica was in a political war with itself, and Trenchtown, Marley’s home town, was filled with violence. Marley and his friends, who would later be named “The Wailing Wailers,” diverted to music as an escape from their rough lives in the hands of poverty. When Marley was 18 he started learning more about the Rastafari religion, which impacted his beliefs greatly, and ultimately, what he sang about. Marley’s songs mainly asserted how there needs to be a change in the world and provided a cushion for the citizens of Jamaica being affected by war. Because of his selflessness towards the sufferahs and his revolutionization of the world, Bob Marley, one of the most talented reggae musicians to have ever lived, is truly a hero.

Through Marley's selfless acts, even if it meant putting his life on the line, he chose to stick with what he believed in, which was raising the spirits of the dependent. When Marley lived in Trenchtown, music was his only escape from the violence surrounding him. So, when he saw an opportunity to bring this happiness to those in need, he took it: “Marley risked his life to say the things he believed, and as a result both his art and his example managed to uplift or embolden others — particularly members of the African diaspora — in cultures and conditions that no other Western pop star has entered with such authenticity” (Gilmore). By making his music, Marley managed to exhilarate the sufferers. One of his biggest goals was to connect with his people, and he did so by really understanding what and how they felt, showing how his passion was putting the people before himself to help them. Unlike many people during that time, Marley saw the good in things. He figured that in a world of hate and violence, he could be the one to bring love and peace to the people being most affected. His entire life was focused around reggae, and because of his selfless decisions to dedicate his music to his Jamaican/African family, Marley will be forever known as the man who brightened their cloudy days. Two days before his “Smile Jamaica” concert, there was an attempt on Marley’s life. He got shot multiple times, but “...despite the assassination attempt, the concert went on as scheduled. An audience of eighty thousand people was electrified when Marley, bandaged and unable to strum his guitar, climbed to the stage to begin a blistering ninety-minute set” (“Bob Marley”, UXL Biographies). Even after his life was almost taken from him, Marley still managed to perform on stage for all of his fans. Marley was “bandaged and unable to strum his guitar,” but he wanted to show the assassins that nothing could stop him. Because of this altruistic performance, he showed everyone around him that he stood up for what he believed in and would continue to fight for what was right. Even though he was hurting, he put his own health in the throes of death to make his audience “electrified.” Since Marley put his widespread audience before himself, he allowed the sufferers to unite, leading to a whole new outlook for the impoverished of Jamaica. 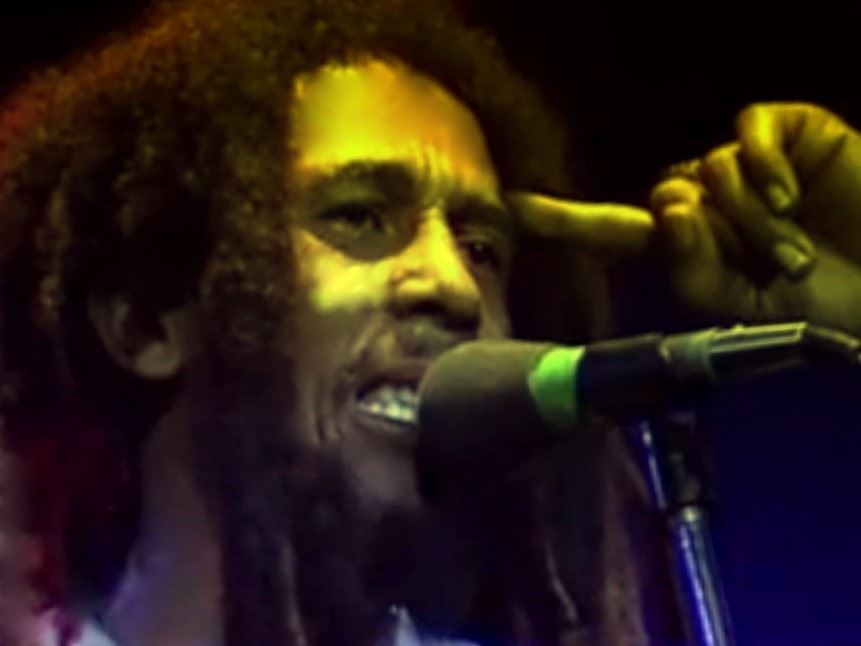 Most of Marley’s songs included many political references, which slowly revolutionized the world, mainly influencing the underprivileged of Jamaica and Africa. Being the trailblazer that he was, Marley performed at his One Love Peace Concert where he “...got Prime Minister Michael Manley of the PNP and opposition leader Edward Seaga of the JLP to shake hands on stage” (“Bob Marley”, Biography.com). Not only did Marley talk and sing about his revolutionary ideas, but he also put his words into actions. Many artists may just sing about change, but Marley demonstrated it by getting two rival leaders to resolve conflicts in front of a live audience. By getting two different leaders that had totally different beliefs to shake hands on stage, he showed his followers that he could have eventually begun a world movement to stop the suffering in Jamaica.. In 1980, after his One Love Peace Concert, Marley went to Africa to perform his album Survival for the African People. It was so prevalent that “Marley's interest in freedom for Rastas is extended to Africa; only when Africa is free will it be at peace. In Selassie's speech, Marley found the kinds of ideas that formed his own ideological and religious outlook” (Laurier). Marley shaped his entire outlook on life through his personal opinions on what humanity should look like. He believed he could make a change in the minds of everyone, and that it would drastically change all of the problems in the world. He thought that “only when Africa is free will it be at peace,” and this idea, if listened to, would shape the continent’s whole belief system. Bob was one that infused his political and spiritual beliefs to make a melody nobody could resist: “One track stands out as an expression of his devotion to his faith and his interest in political change: ‘War.’ The song's lyrics were taken from a speech by Haile Selassie, the 20th century Ethiopian emperor who is seen as a type of a spiritual leader in the Rastafarian movement. A battle cry for freedom from oppression, the song discusses a new Africa, one without the racial hierarchy enforced by colonial rule” (“Bob Marley”, Biography.com). Marley implemented his “interest in political change” into his songs to find a bigger audience to preach to. By making “War,” Marley showed his followers the passion he had to transform the government of Africa and support its citizens. He changed the views of many people through his artistic talents to result in a revolution. This revolution involves the modern continent “without the racial hierarchy enforced by colonial rule” because it gives Africa’s peoples’ freedom. Bob Marley renovated the political aspect of Africa and Jamaica through the artistic melodies of his songs, and his legacy will continue to inspire many.

Bob Marley was a reggae artist who exemplified his heroic capabilities of putting others before himself and revolutionizing the world. Marley did not care how the rest of the world saw him and did anything he could to uphold the people that desired love. He even put the people before his own life to try and make a point. He also had many revolutionary ideas that revolved around peace. He acted upon them and really changed the perspective of many people. Up-and-coming reggae artist Mighty Mystic says, “His music has inspired me to dig deeper into myself and find things that are not necessarily on the surface, but still vital and worth sharing both musically and in everyday life” (Gorra). Mighty Mystic is one of the many musicians Bob Marley still inspires today. Not only did he give him the inspiration to make music, but he also gave him the idea to sing about the important things in life. Marley is still changing music and the way we perceive it to this day. So, as the young boys overhear the street fight outside, they continue playing their guitars later and hit the world with a sudden explosion of love.