by Landon GOAT from United States 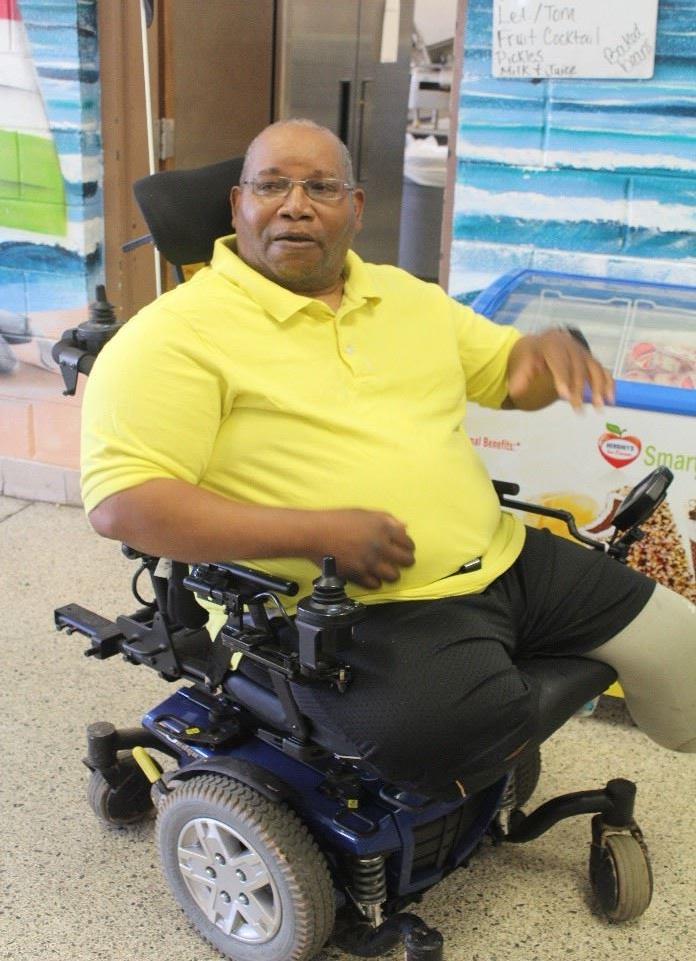 Bruce DeWaltShelvia ScatesAround two years ago, you could find Bruce DeWalt at Ewing Middle School in the cafeteria humoring the students beyond compare. Today is no different. DeWalt still laughs with the students every day. He also mentored and still mentors students. His life was impacted in such a horrible way, yet he influences other people’s lives so positively.

DeWalt overcame two life-changing experiences. These devastating events are something that would make the average person sad and unhappy for the rest of their life, but not DeWalt. He embraces his differences for the best. Around two years ago in 2015, DeWalt had his left leg amputated. He lost his leg to the horrendous disease diabetes. He said at the time he did not realize how eating poorly could affect you so badly. He was not sad though because he just thought about coming to Ewing Middle School every day.

In 2016, DeWalt lost another limb. To make it even worse, he lost this one only a week before Christmas. This time he lost his right leg because of poor blood circulation in it. He said there was only one time where he felt sad. This occasion lasted only about 30 minutes. This happened when the doctor told him they were going to have to amputate his only good leg, his right. He got over the period of sadness that night because he said the Lord told him he would be able to revisit to the school and help again. He has never been sad again to this day.

When DeWalt’s legs were amputated, it was awkward for people to have conversations with him. He said this was because the people just did not know what to say. However, they still felt for him. His pastor helped him understand this. Besides that, everyone else still treated him as the same old DeWalt that everyone knew and loved.

DeWalt could easily sit at home all day, every day and feel sorry for himself. In fact, most people in his situation probably would do that. However, that was not DeWalt. It never was, and he said that it never will be. He makes the most and the best of his situation every chance he has.

DeWalt used to and still uses Ewing Middle School as his motivation to get up every day. When he first lost his legs, the farthest he could go outside of his house was his driveway. He hated this, but it soon changed. He got himself a power chair, which is an electric wheelchair. With a power chair, he could and can go almost anywhere he wants. DeWalt lives close to Ewing Middle, so he started to do what he loves again. He started coming back to the school every day.

I met DeWalt this year as an eighth-grader at Ewing Middle School. I met him in the lunchroom. At the time, I did not know who he was. I just knew him as the man who called out what we were having for lunch and lined us up. Little did I know, he would be one of the greatest people I have ever met. The first time I talked to him, I was buying a snack. I could tell he was a very humorous person ashamed of nothing. Every single school day, when it was not raining, DeWalt would be there and no matter how cold it was. You can bet he will make you laugh and put you in a better mood. DeWalt always seems to be able to make me and others smile or laugh even when we are having a bad day.

Bruce DeWalt is my hometown hero because he has overcome so much more than any person should have to. He did it all just to help other people out. DeWalt is one of the most supportive, unselfish people I know and can trust. He brings me joy every single time I see him.