Not every hero starts as a hero. Some people start life off on a bad trail and then find the right path. Bruce Lee is this kind of hero. Lee was born on November 27, 1940 in San Francisco, California. He is a world renowned and greatly respected martial artist who became famous at the age 22 when he starred in The Green Hornet. He possess two important qualities of a hero; inspiring others to greatness and he brought the simplicity and peace of the Chinese culture to America. Lee is a hero because he introduced the ancient Chinese martial arts of kung fu to America, he not only introduced martial arts but developed and taught his own version called Jeet Kune Do and he inspired people to keep on going and never back down. 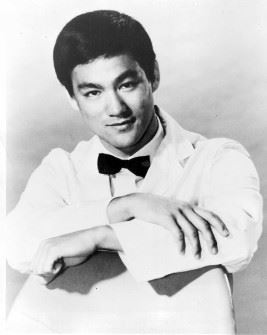 Lee is a hero because he introduced the ancient Chinese martial arts of kung fu to America. Lee was relentless in his own commitment and passion for the sport, believing in the combination of physical and mental strength. "No one could move with the speed, energy, and precision of Bruce Lee. He became, in consequence, a kind of dream hero". (1994. Biography in Context). This quote demonstrates that Lee had the physical and mental strength which gave him speed, energy and precision. The American people were amazed by his skills and talents because they had never seen anything like it before. He possessed a physical strength and inner peace that American's were drawn to. Lee was also able to move faster and with more accuracy than anyone else in his era. His physical agility was better than any other kung fu master. One of the most important ways that Lee's kung fu impacted America was his involvement in the movies. "Lee gave the world an enormous artistic legacy, in the process virtually creating a new cinematic art form. By the 1990's, Enter the Dragon alone had grossed more than $100 million, and Lee's influence could be found in the work of numerous Hollywood action heroes". (Gale, 1998. Biography in Context). An example of Lee's cinematic influence, is the character played by Keanu Reeves in The Matrix. The fighting scenes in this movie were based on Lee's movies. Lee's artistic fighting style was breathtaking when shown on the big screen. It allowed people to see his forms in slow motion which inspired them to try to copy him. After Lee introduced the ancient Chinese martial arts of kung fu to America he was widely accepted as a hero in the martial arts community. 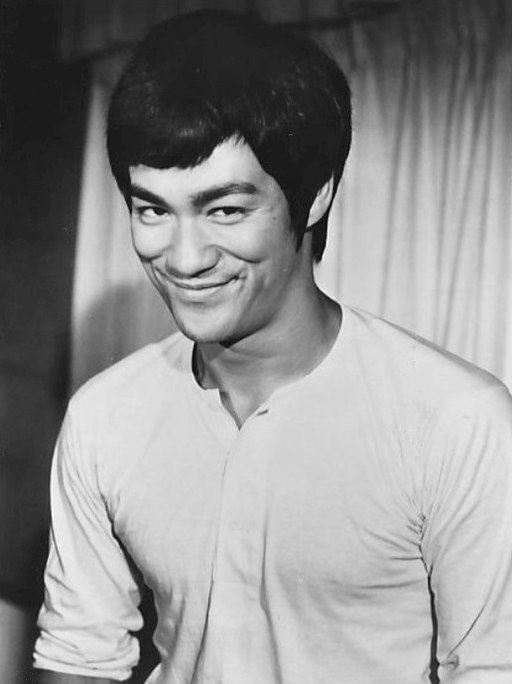 Lee not only introduced martial arts to America but developed and taught his own version called Jeet Kune Do. The people that respect Lee the most are the people he trained because they got to know more about his new fighting style. "Lee--who had begun developing a new fighting style called jeet kune do--ultimately opened three schools in Los Angeles, Oakland, California, and Seattle". (Gale, 1998. Biography in Context). Lee's new fighting style is a simplified version of Wing Chun which is the very first form of Kung Fu that Lee mastered. Lee's new form becomes very popular in his dojo and is recognized as one of the only new forms of Kung Fu by the Kung Fu federation of America. Lee's form has three major areas of concentration and three major areas of fighting range.They include short range, long range and medium range. These three areas were building on a mixture of different martial arts and styles. "The style that attracted his attention was called wing chun, which according to legend was developed by a woman named Yim Wing Chun, who improved on the techniques of a Shaolin Buddhist nun". (Gale, 1998. Biography in Context). Originally a very complex form of martial arts, Wing Chun was finally simplified and it caught Lee's attention while he was attending college. He utilized the form Wing Chun as the foundation of his own style called Jeet Kune Do. He was attracted to the precision and serenity of the Wing Chun techniques. With Lee's own style that he created with his amazing talents, Jeet Kune Do spread across America and showed people another part of the Chinese culture. Lee's new kung fu style impacted his students because of its power, simplicity and serenity. Lee never allowed a student in his dojo who he felt would use the fighting form for evil or revenge.

Lee inspired people to keep on going and never back down. Lee encountered many challenges and faced a number of setbacks and embarrassments before becoming the person he was when he died. "The Lee family dressed the young Bruce in female clothing, told strangers he was a girl, and called him the Little Phoenix (the legendary bird of Egyptian origin which was reborn out of its own ashes, and which represents the female side of the dragon). For most of his young childhood, Lee was even sent to an all-girl school". (Gale, 1998. Biography in Context). Although Lee's family was trying to protect him by pretending he was a girl, it was very difficult for him to grow up as a young man disguised as a girl. Lee learned to live life disguised as a girl and that moment in Lee's life inspired people to keep going and never back down. The reason Lee's family was concerned for his safety, was because his family believed in the ancient Chinese belief that jealous demons would take young boys and carry them away. Lee did fear for his safety later in his life as he often got into trouble. "As Lee got older, he became involved with street gangs and began getting into trouble. On the streets he was known as Little Dragon.Later in life he turns his back on the street life and focused on his craft". ("Student Resources in Context"). When Bruce Lee was young he got into gangs and often fought. He was known as a troublemaker and was attracted to the dark side of life. Fortunately, one day he was taken home by the police and was scared straight. It was the turning point in his life, where he decided to attend college and discovered martial arts which became his passion and his sole purpose. Bruce Lee inspired many people to pursue being their best by the story of how martial arts helped him turn his life around.

Lee is a hero because he introduced the ancient Chinese martial arts of kung fu to America, he not only introduced martial arts but made and taught his own version called Jeet Kune Do and he inspired people to keep on going and never back down. Bruce Lee brought the strength, perseverance, athleticism and action of martial arts to American film that still is used today in action movies. He influenced his students with the power and simplicity of his own martial arts style, Jeet Kune Do. Most importantly, he inspired people to overcome difficulties and pursue greatness in themselves and their own lives with his story. Most people think of Bruce Lee as a hero of martial arts, but he is more than a hero. He is a legendary hero.