by Chloé from Cornwall, Ontario 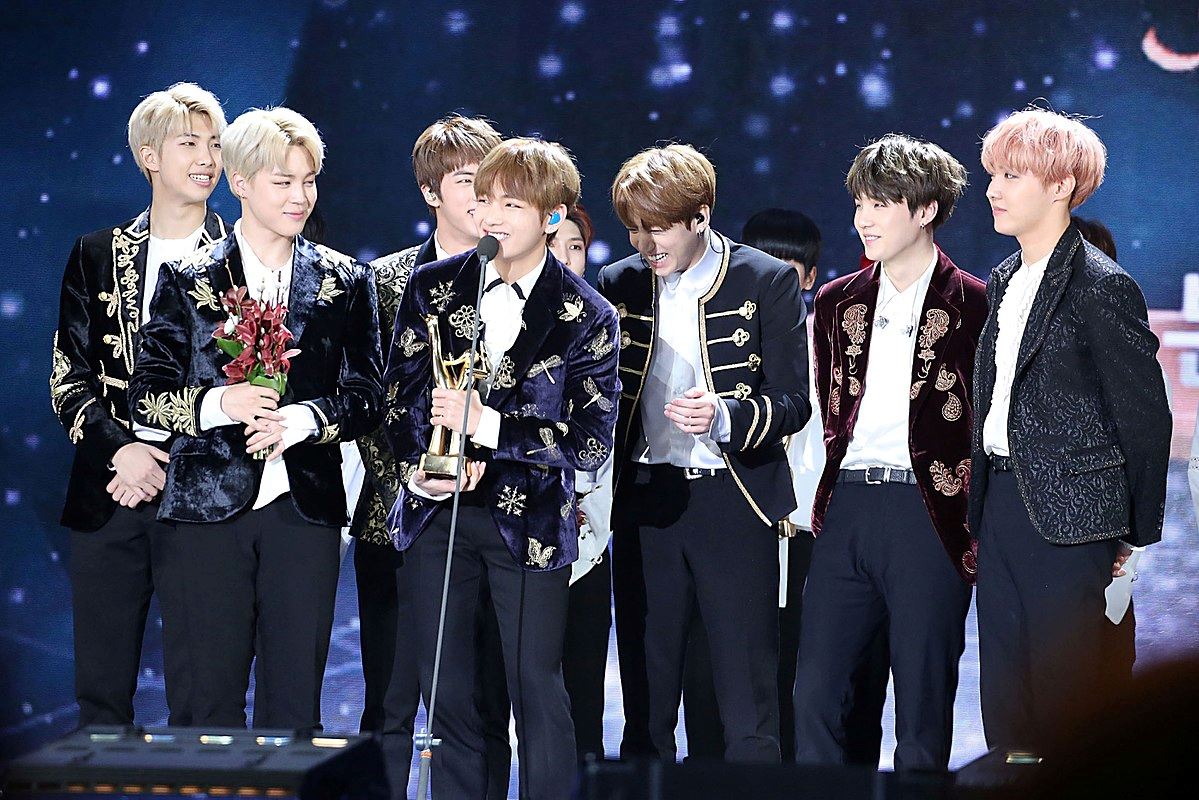 With having sold over 20 million albums, having 3 songs hit number one on the billboard charts and being the first Asian act nominated for a Grammy, BTS has become the most successful Korean act in history.

BTS (방탄소년단 in Korean) is a seven-member South Korean pop group that debuted in 2013 under Bighit Entertainment. The boy band is composed of RM, Jin, Suga, J-hope, Jimin, V and Jungkook. The boys have recently obtained major success with their recent album BE and their hit song Dynamite, which has broken loads of records.

BTS doesn't just stop at music. In November 2017, the boys partnered up with UNICEF to create a anti-violence campaign called LOVE MYSELF. This campaign was aimed to assure children and teens in the world healthy and safe lives without the fear of violence. In this case BTS created the LOVE MYSELF campaign to create a better place for everyone. The funds from this campaign are used to protect children and teens who are victims or domestic and sexual abuse around the world. This is not the only reason the boy band is a hero to me and many others.

On September 24th, 2018 BTS made an appearance at the United Nations meeting. Their leader Rm presented a speech in an effort to empower young people. This speech would have a huge influence on people of all ages. This movement is another big reason to consider BTS a hero.

Another example of BTS being a hero to many people: each member has also done their own donations in secret, with Suga donating $90,000 to cancer research, and Jimin donating $88,000 to the Busan Metropolitan City Office of Education. Rm has also made a donation of $84,000 to the Seoul Samsung School, also known as Samsung Deaf School, to help provide for deaf and hard of hearing students. BTS has also donated around 1 million dollars to the Black Lives Matter campaign during the protests worldwide.

In conclusion BTS is not just my hero but a hero to many others with their outstanding work on trying to make this world a better place, with helping as many people they can and with being public speakers and inspiring men and women to be the better version of themselves.

Lufadeju, Yemi. "We have learned to love ourselves, so now I urge you to 'speak yourself.'”. [Online] Available https://www.unicef.org/press-releases/we-have-learned-love-ourselves-so-now-i-urge-you-speak-yourself.