"All that we are is a result of what we have thought. The mind is everything. What we think, we become." 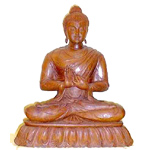 Around 563 BCE, a baby named Siddhartha Gautama was born in Nepal. His father was a ruler, and as such Gautama lived a life with many luxuries. As a young student, he learned at an alarmingly fast rate which impressed his teachers greatly. This young prodigy would later be dubbed "Buddha, the Enlightened One," by his followers. 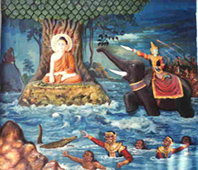 Gautama got married and had a child. At the age of twenty-nine he decided to seek enlightenment. He left his family and went forth to study with various spiritual leaders. Years passed, and still Gautama could not find enlightenment. Finally, while meditating under a tree, he began to understand the true nature of things. He knew now why suffering existed in the world and how to rise above it.

From that point on, Siddhartha Gautama was known as Buddha. He traveled spreading his message where he could. At present, Buddhism is found all over the world and is practiced in many different forms.

There are four central tenets of Buddhism, known as the "Four Noble Truths:"

BuddhaNet - Buddhist Information and Education Network
An Introduction to Buddhism
What is Zen Buddhism? - ibiblio.org

Please visit these other My Hero pages on the history of religion or religious heroes:

What the Buddha Taught
Walpola Rahula 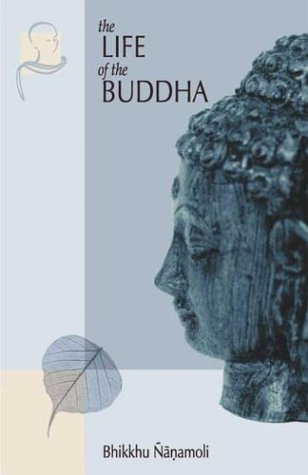 Buddhism developed out of the teachings of Siddhartha Gautama who, in 535 BCE, reached enlightenment and assumed the title Buddha. He promoted 'The Middle Way' as the path to enlightenment rather than the extremes of mortification of the flesh or hedonism. Long after his death, the Buddha's teachings were written down. This collection is called the Tripitaka. Buddhists believe in reincarnation and that one must go through cycles of birth, life, and death. After many such cycles, if a person releases their attachment to desire and the self, they can attain Nirvana. In general, Buddhists do not believe in any type of God, the need for a savior, prayer, or eternal life after death. However, since the time of the Buddha, Buddhism has integrated many regional religious rituals, beliefs and customs as it has spread throughout Asia, so that this generalization is no longer true for all Buddhists. This has occurred with little conflict due to the philosophical nature of Buddhism.