The person who makes a success of living is the one who sees his goal steadily and aims for it unswervingly. - Cecil B. DeMille Young Cecil B. DeMillehttps://commons.wikimedia.org/wiki/File:Young_Cecil_B._DeMille.jpgCecil B. DeMille was born on August 12th, 1881 in Ashfield, Massachusetts, to his father, Henry, a minister, and his mother Beatrice, an educator and the second female broker ever in America. DeMille grew up in Echo Lake, New Jersey and was introduced to the arts by his father, who would read to Cecil and his siblings every night; he would read everything from literary classics to the Bible. He knew from an early age that he wanted to combine faith and entertainment the same way his father had. This led DeMille on a journey to creating the first Hollywood feature film and becoming one of the founders of the motion picture industry.

Cecil's father tragically passed in 1893, followed by Cecil's younger sister in 1895. Following these tragedies, Cecil's mother opened a school for girls in New Jersey and sent Cecil and his brother William away for school. Cecil was sent to Pennsylvania Military College and attended the American Academy of Dramatic Arts to study acting. Following graduation, he appeared in ten Broadway plays, including his debut in the comedy Hearts are Trumps. While on tour for Hearts are Trumps, Cecil met Constance Adams and they married in 1902. Cecil's brother William became a playwright, and they worked together on a few pieces after Cecil struggled to find success with his own works. The brothers finally landed a hit with their play The Warrens of Virginia. After Cecil worked with his father's old friend David Belasco, a theater producer who ended up refusing to give him any credit, DeMille went back to stay with his mother and worked at her agency, the De Mille Play Company. It was here that his mother introduced Cecil to show producer Jesse Lasky, and they hit it off. Lasky and DeMille created a hit opera titled California, but this was still not what DeMille wanted. He was determined to find success on his own. 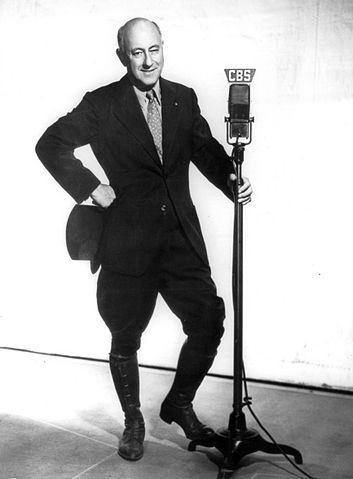 Cecil B. DeMille - 1937https://commons.wikimedia.org/wiki/File:Cecil_B_DeMille_1937.JPGIn 1913, Lasky's sister Blanche and her husband suggested to DeMille that he try his hand at moving pictures. The three of them joined with attorney Arthur Friend and formed The Jesse L. Lasky Feature Play Company. In November of 1913, DeMille proposed that they consider making a picture based on the hit stage production The Squaw Man. They filmed in Los Angeles through January, and DeMille edited the film himself. This first film for DeMille was greatly received by audiences and was the first feature film in Hollywood.

The Jesse L. Lasky Feature Play Company joined two other companies in signing with the Paramount Pictures Corporation in 1916. After the merger, DeMille continued to build his name in 1919 with the film Male and Female, which became the first film to gross a million dollars in Hollywood. Despite being a notable Hollywood name, DeMille was surrounded by controversy, even more so when he surpassed D.W. Griffith and became the most successful producer-director in America. This did not stop critics, and Paramount was slammed with scandals, to which DeMille responded with his film The Ten Commandments (1923). It was a film that highlighted the idea of faith and continued to cover controversial topics that nobody else would speak of as openly as he did. DeMille used it as a response to the critics by showing them that he would continue to make the movies he wanted despite what anyone thought. Unfortunately, DeMille was still pushed out of the company in 1925 after completing his forty-seventh film. DeMille signed a deal with MGM and hoped to create three pictures with them. As sound films, better known as "talkies," took over, DeMille was skeptical. Eventually he implemented the boom microphone into productions, and it is still used to this day. Only one of the pictures in his three movie deal with MGM was well received, and he returned to Paramount in 1932. That year, DeMille proved that he had found his stride with sound and his moving picture style and began creating multiple successful films, such as The Sign of the Cross (1932), Cleopatra (1934), The Plainsman (1936), and Union Pacific (1939). Cecil B. DeMillehttps://commons.wikimedia.org/wiki/File:Cecil-b-demille_paramount-pictures.jpgIn addition to building his name in film, DeMille hosted and directed the first broadcast of Lux Radio Theatre in Hollywood in 1936. He also started the first commercial airline in California, called Mercury Aviation, and was the president of the Culver City branch of Bank of Italy, now formally known as Bank of America. He never lost sight of his success in films and continued throughout the forties and fifties, even winning an Academy Award for Best Picture with The Greatest Show On Earth in 1951. In 1954, while directing what turned out to be his final film The Ten Commandments, DeMille suffered a heart attack. He powered through production and The Ten Commandments is the seventh highest grossing film of all time with $2.09 billion. Cecil B. DeMille passed from heart failure at the age of seventy-seven on January 21, 1959, and he is buried in the Hollywood Memorial Cemetery.

DeMille was a trailblazer for the motion picture industry, never succumbing to failure or the criticism of others. He was not afraid to address controversial topics in his films such as women's rights, sexuality, and prohibition. He was one of the founders of the motion picture industry and one of the first to use theatrical lighting on a movie set. From 1914 to 1956 DeMille created seventy films, with his final film The Ten Commandments proving that he had achieved one of his life goals: to send a message of faith to a worldwide audience through entertainment.