by Marilyn B from Ontario, California in United States

"There is no such thing as defeat in non-violence." 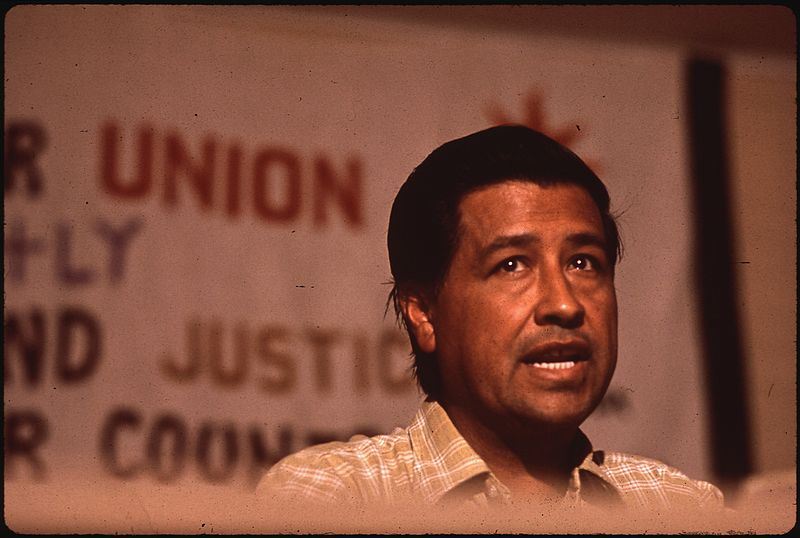 The people that inspired and influenced Cesar Chavez are Indian activist Mahatma Gandhi and American civil rights leader Martin Luther King Junior. He was co-founder of the United Farm Workers Association in 1962 with Delores Huerta. Through nonviolent action, he also succeeded in doing tactics (boycotts, pickets, and strikes). Cesar and the union sought recognition of the importance and dignity of farm workers. Cesar made people aware of the struggles of farm workers for better pay and safer working conditions. One of his most proud accomplishments is as a civil rights activist making the Delano, California growers pay right amounts of money the farm deserved.

Union leader and labor organizer Cesar Chavez was born Cesario Estrada Chavez on March 31, 1927, near Yuma, Arizona. In his childhood, he was one of his six brothers and sisters. He was the second of Librado and Juana Estrada Chávez's six children. His parents owned a ranch and a small grocery store. But during the Great Depression in the 1930s, they lost everything. In order to survive, the family became migrant farm workers, traveling around California to find work. He had to overcome the obstacle of being an underpaid farm worker in very poor conditions.

He did a lot of amazing things to help farm workers, with better safety conditions and to get paid their minimum wage. He is my hero because my mother had to work as a farm worker to help buy food for her brothers to eat. And she told me that she sacrificed every day for her brothers to eat. So I thank Cesar Chavez, cause without him none of this would have happened. And I hope he is in peace with God. He died Apr. 23, 1993.