Chancelor Bennett A.K.A Chance the Rapper

"I get my word from the sermon, I do not talk to the serpent. That's the holistic discernment, Daddy said I'm so determined. Told me these goofies can't hurt me, I might make earl tea. I was baptized like real early, I might give Satan a swirlie. Tell you it's ready today, they don't give nothin' away. and that don't take nothing away, 'cause at the end of the day, music is all we got." -Chance the Rapper 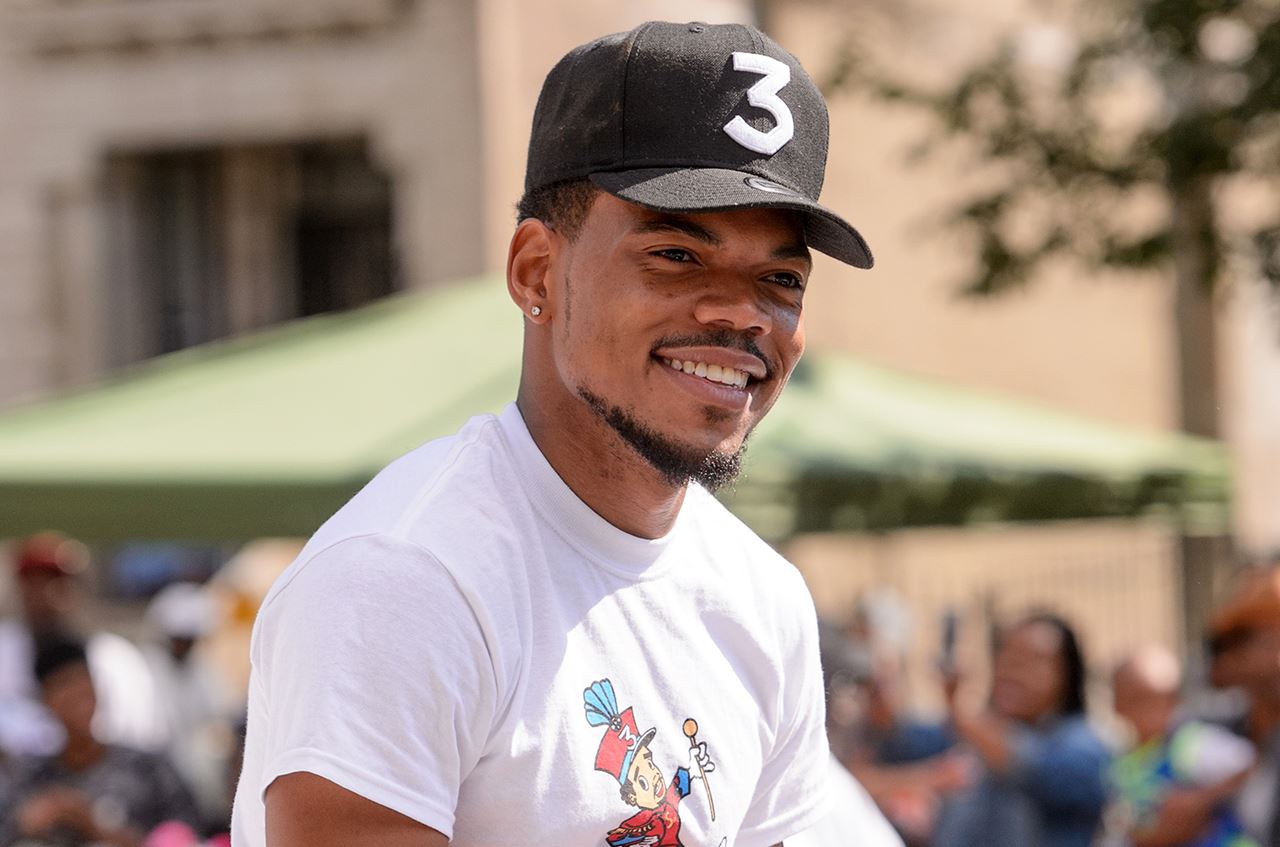 Chancelor Bennet A.K.A Chance the Rapperhttps://www.jesus.ch/magazin/kultur/musik/323857-chance_the_rapper_spricht_oeffentlich_ueber_jesus.htmlIn public schools in Chicago, Illinois, they aren’t as available to resources that other schools may have. It could be to not having enough funding, supplies, etc. Chancelor Bennett, more known as Chance the Rapper, has donated over $2 million to  schools all over Chicago (SocialWorks). In High School, Chance was suspended for 10 days which was a jumpstart for his career in pursuing music. While he was suspended for those 10 days, he created an album. That was first published album called ¨10 Day¨, He rapped about missing his prom night to perform at a school event called Fun Fair. He also wrote a song called  ¨Hey Ma” which was a song dedicated to his mother, and other mothers that he was close to. To be a hero, means to ambitious and passionate. Being ambitious is to have a strong desire and/or determination to succeed. On the other hand, being passionate is showing strong feeling towards something.  Chance is all the above, he is Chicago’s Hype Man. 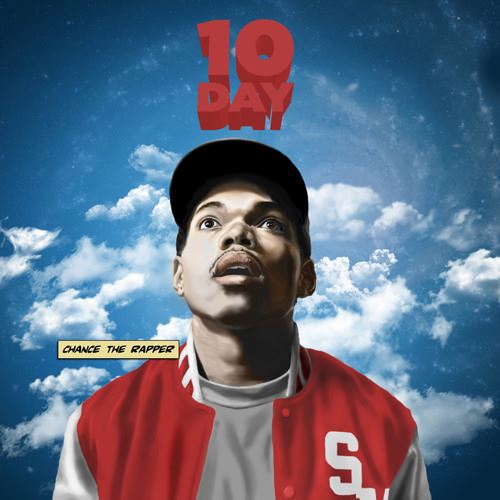 10 Day Albumhttps://soundcloud.com/chancetherapper/sets/chance-the-rapper-10dayChance’s ambitious mindset pushed him to becoming a successful artist, which makes him ambitious. While Chance was suspended for 10 days, he created his first album called 10 Day. 10 Day talked about his family, school, and his life as a high school student. From here, Chance knew he wanted to pursue a music career.  The 23-year-old South Side native and friend of Kanye West introduced himself rhyming about a 10-day high school suspension on 2012's 10 Day mixtape; with Coloring Book, he drew on gospel and a wellspring of exuberant hope and introspection to reinvigorate the Chicago rap scene. (Billboard). Every artist starts from the bottom, and work their way to the top of the chain. That is exactly what happened to Chance. He started performing at school events, to open-mic programs in his area, then being an opening act for artist like Mac Miller, and Childish Gambino. As his music progresses, he becomes more creative. Adding unique ad-libs, to adding gospel like choirs to his work of art. With Chance’s ambitious mindset, he came from performing to his classmates at school, to performing at Coachella which is one of many popular music festivals. Now that Chance is making money from his music, he’s opened up to creating charities, and events that help Chicago’s youth. In 2015 Chance created the Warmest Winter campaign to distribute coats to Chicago's homeless, raising more than $100,000, and partnered with the Chicago Public Library to host 15 free open-mic events for young artists. In March of 2017, the rapper announced that he would donate $1 million to the strapped Chicago Public Schools to support arts and after-school programs like the ones he participated in as a student. Chance wants to do everything he can to make sure that the people in Chicago, from families, students, and homeless, to get the things they need. He’s donated millions of dollars to schools all over Chicago, and is considered the people’s hero of Chicago. With his kind acts, and positive music, there is no way anyone can be mad at Chance. All he wants to do his help his hometown Chicago. Chance’s ambitious mindset brought him to the top of the chain with other successful artist. Now that he’s up at the top, he’s making “money moves” to give back to his community. 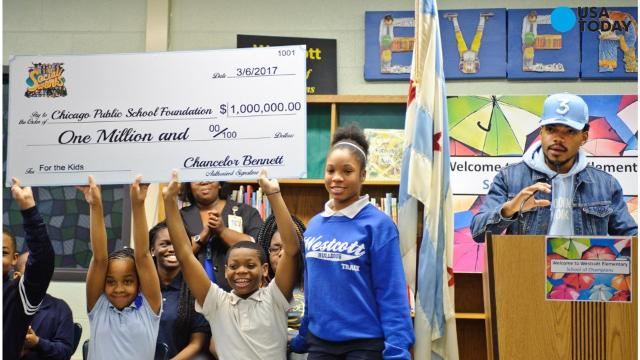 Chance Donates $1M to Chicago Public School Foundationhttps://www.usatoday.com/videos/life/2017/03/06/chance-rapper-donates-1m-chicago-public-schools/98826872/Chance’s passion to make Chicago a safer and more positive place for kids has made a big impact on the kids. Chance shows a strong feeling/belief that the kids have a bright future ahead of them. After all, they’re the kids of the future. In the city of Chicago, education is not as advanced as other cities. Chance spoke to about SocialWorks goal, and says, “Every contribution … brings this city and this nation closer to providing a well-rounded quality education for each and every child,” Chance the Rapper explained at the August SocialWorks summit. “Funding quality education for public [school] students is the most important investment a community can make.” (Chance the Rapper Contemporary). Chance believes in a big future for the kids in Chicago. One of SocialWorks, which is Chance co-owns, goal is to “empower the youth”. Their way empowering the kids is to reinforce them with positivity. His goal is to fund as much money possible, and donate to making Chicago public schools a better environment for the students attending. With the passion and drive that Chance has to make a better community for the people of Chicago, he’s received the “Outstanding Youth of the Year” award from the mayor. To earn an award from the city mayor means a ton, it takes into consideration the positive impact that he’s made for the city and the people. In Chicago, shootings happen almost every day. From kids dying, to gang members, or adults. Chance created a campaign to prevent murders.  In 2014 he teamed with his younger brother, Taylor Bennett, and his father to launch the #SaveChicago campaign, which sought to prevent murders over the Memorial Day weekend, typically one of the deadliest weekends in Chicago. As a result of the campaign, the city went 42 hours without a  shooting (Chance the Rapper Contemporary). No one wants to live in a place where people are constantly getting killed. In fact, it’s one of many reasons that people want to move out of their city. Chance and his brother Taylor, created a campaign to prevent shootings. The end result ended with going 42 hours without a shooting. It makes a change when they go almost two days without a shooting. People wake up in the morning hoping that they don’t get shot. From funding schools, to preventing shootings, Chance has done more than a basic good Samaritan deed. It’s like he recreated Drake’s Music Video, “God’s Plan” but for the city of Chicago. 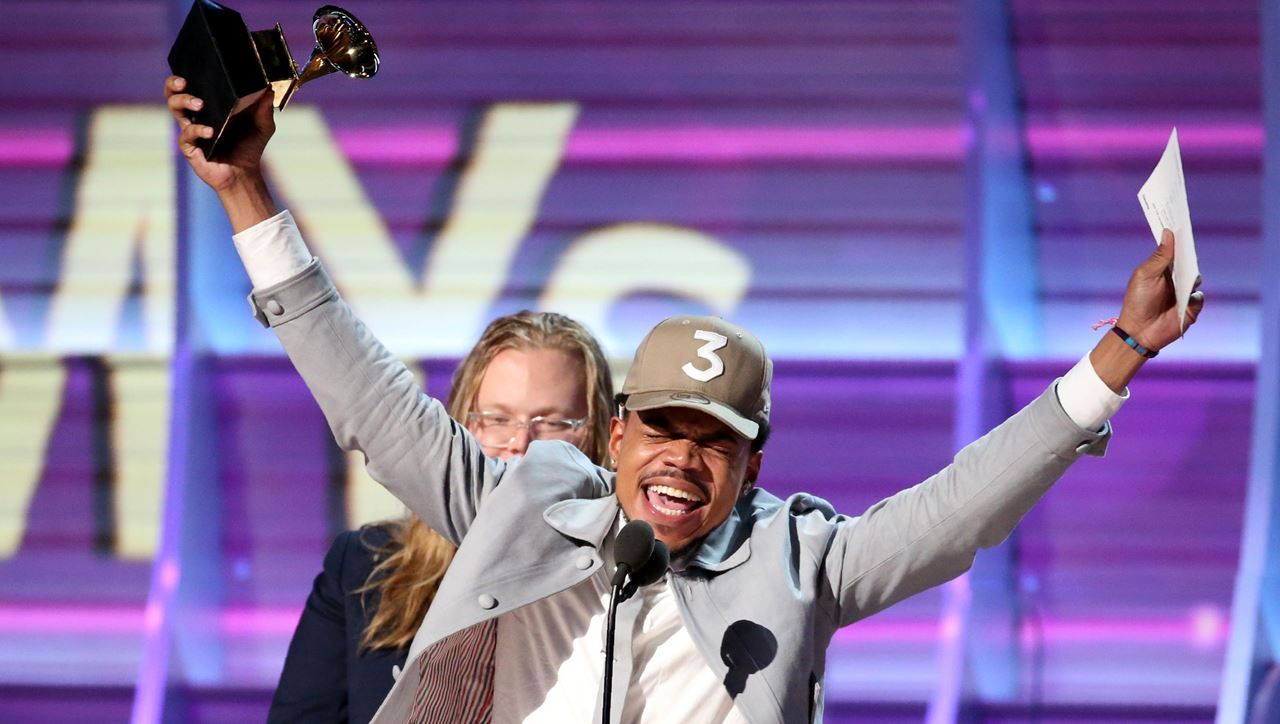 Chancelor Becomes First to Win a Grammy Without Selling Physical Copies of his Musichttps://qz.com/908815/why-chance-the-rapper-who-just-made-grammy-history-gives-his-music-away-for-free/Chance is an important role model to people of Chicago. He’s been nothing but helpful to the students, the homeless, and families. From his music, charities, and kind donations, is what makes him a hero. Chance’s upbeat music helps me cope with my negative feelings that I have for things that I come across in my day. Whether it’s people are annoying me, a rough start to my morning, or just not having good day. His gospel choir like music, and energy that he brings to every song, gets me fired up. Not only his music, but his attitude. Chance is always positive, and there’s never a time he’s not happy. Through his peace, love and positivity, spreads to others and creates a chain reaction. Many people may not see rappers as heroes because they talk about drugs, partying, and girls. But what some people don’t see is the positive impact that these artists have on their community.

SocialWorks - SocialWorks is an organization by Chance to empower the youth of Chicago
Chance's SoundCloud - SoundCloud is where most of his music is published for free
Chance's Merchandise and other information - Chance updates the public about new music release's, tour information, and his successes