Charlayne Hunter-Gault: ‘I want to tell the truth about our people’ 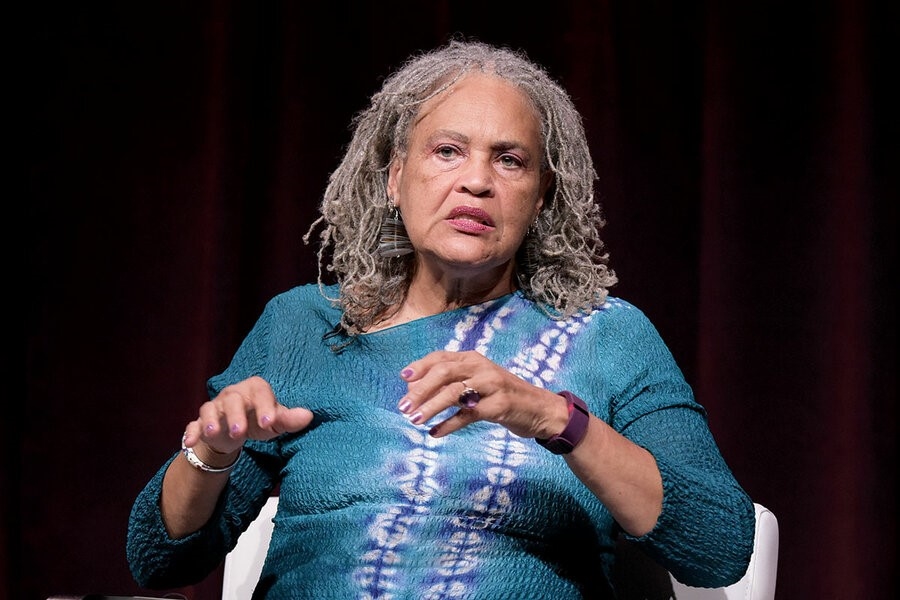 Charlayne Hunter-Gault participates in the "Black America Since MLK: And I Still Rise" panel during the PBS Television Critics Association summer press tour on July 29, 2016, in Beverly Hills, California.Richard Shotwell/Invasion/AP/FileOctober 7, 2022

In January 1961, Charlayne Hunter and Hamilton Holmes became the first Black students to attend the University of Georgia. After graduation, Ms. Hunter-Gault pursued a career in journalism writing for, among others, The New Yorker and The New York Times. She went on to become a correspondent for PBS in 1977, where she won two Emmys and a Peabody Award for her NewsHour series from South Africa, “Apartheid’s People.” She also covered Africa for NPR, winning a second Peabody Award. She spoke with the Monitor about her latest book, “My People: Five Decades of Writing About Black Lives.”

You integrated the University of Georgia. What gave you the fortitude to pursue such a difficult path?

I never thought about its being difficult. When I have had to really dig deep, I go back to my upbringing. My mother used to send me to my grandmother’s in Florida. My grandfather was the preacher in the church, but my grandmother was its “saint.” Every day she would make me learn a Bible verse. I did not realize until the morning after the riots at UGA, after we’d gone back to Atlanta and journalists were asking us how we’d managed to get through them, that it was my grandmother’s teaching me, “Yea though I walk through the valley of the shadow of death, I will fear no evil.” And so I didn’t. You don’t have any idea what’s inside your soul or your spirit until you get challenged. That was the real answer.

Have there been instances when you’ve had to practice forgiveness to move past the trauma you’ve faced?

I don’t think I ever really felt traumatized because there were good things that happened too. [At UGA] they had put me in a room by myself on the first floor, away from the other students in the dorm. One night I heard a knock at my door, and it was several girls. They had grocery bags and they said, “We came to cook dinner for you, is that OK?” It turned out they were Jewish. As they prepared the meal, they told me they identified with what was happening to me because of their grandparents. Growing up in the South, I knew Black and white. That was all. These girls began to explain the Holocaust. I learned something. And they learned something. That was 60 years ago, and we remain friends to this day.

We didn’t know about PTSD back then, but I think it had something to do with it. I suffered from claustrophobia for many years. So those experiences [at UGA] left their mark. Others too.

Why did you choose journalism?

My grandmother read three newspapers a day. I would wait for her to give me the comics, and I fell in love with Brenda Starr. She traveled the world and met all kinds of people. I loved this idea. Later, in my segregated elementary school, we learned about Ida B. Wells who was a journalist and activist and wrote about Black people in a way nobody else was doing. I’m not an activist, but I have tried to report on things that activists have embraced to help change how this country looks at Black people.

You write that you always felt the responsibility to confront issues of race and racism but in ways that focus on the positive aspects of these differences, how they can enrich us, rather than on the all-too-exploited negative ways in which they divide us. How do you think this can be achieved?

I wanted to look at people of color in the ways that they had not been looked at in the mainstream media, to present us as whole human beings. It’s not all death, destruction, disaster, and despair, like many people believe. There’s a lot more to us than that. I want to tell the truth about our people, so you can get to know them in a different way.

Lately, we’ve been hearing about contributions Black women have made. But you write about a number of Black men whom you have known, worked alongside, or interviewed. Is there anything in particular that stood out to you about them?

Well, most were involved. They were activists. Civil rights activists. Anti-apartheid activists. They believed in something. And, as John Lewis used to say, most of them were committed to making “good trouble.” When he and those first groups of Freedom Riders started off from D.C., they all wrote their wills. Black and white, they wrote their wills. They knew there was a chance they might not be coming back. And John got off the bus in – I think it was one of the Carolinas – and they started beating him.

In one way or another, they were working for equality for us all. They didn’t give up. But I also think we must be careful not to generalize things into silos – Black vs. white, men vs. women. My favorite thing about our democracy is that we are moving toward a more perfect union. We’re not perfect yet, but we are moving in that direction.

I would tell her to pursue her dreams and not let anything stand in the way of that. That’s really what I did. What we need right now is a coalition of the generations. There are things we can share with the younger generation. It is important to have somebody who’s my age share their experiences, because we have a lot we can be proud of, so that even when our young people hit a hard place, they will keep on keeping on.

I’d also like to open conversations. We must learn how to communicate with people who have the wrong ideas about our history and our lives and our future. We’ve got to do this. We all have so much in common as human beings. It’s also important we acknowledge our successes. We do still have a lot of challenges, but there are people out there working on them. It’s a very exciting time to be alive.