by Melody Rivers from San Diego, California in United States 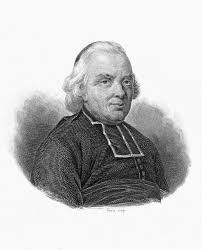 Charles-Michel de l'Epeehttps://prabook.com/web/charles-michel.de_l_epee/1344343Do you ever wonder, when you see people in public making those hand symbols with their fingers & hands, do you ever ask yourself why, what, & how they are doing that. Well one, the main reason for someone to be doing that is that they are deaf. What their doing is called sign language, a form of language anyone can learn (like any other language) that was created to help them interact with the world and others around them. Now you don’t have to be deaf to be able to learn this language, actually, the man that created this language wasn’t even deaf. He was a French man named Charles-Michel de l’Epee (also known as the Abbe Charles Michel de l’Epee) who through hard work was able to create what was then, & still is called French Sign Language (LSF in French), which, just a few decades after his death, adapted to American Sign Language (ASL), which is spoken by thousands, both deaf and non-deaf, people in America today. Charles-Michel de l’Epee was known for creating the first ever sign language school and devoting his life (all the way up until his death) towards the development of sign language. Epee was born on November 25, 1712, in the city of Versailles, France. When a close friend of his,  a cleric called Father Vanin died, he chooses to take over tutoring 2 young deaf girls. Epee founded his school for the deaf in 1755, using all of his inheritance to open it, even going bankrupt at one point. He didn’t care about getting rich or famous, he simply wanted to teach people, no matter your social status, sign language (even people with no money had a chance to learn). He was able to understand and “connect” with deaf people, unlike anyone else could. Epee was alive from 1712 to 1789, but his worked continued into the French Revolution. He was buried in a church of Saint-Roch, Paris. A few decades later his work even got the attention of Thomas Gallaudet, and with assistance from Epee’s former teacher, Laurent Clerc ended up opening the first deaf school in the United States. To me, a hero must be understanding towards others and be open-minded about the possibilities in the world. Epee was known to be very understanding of his students and never doubting them nor their abilities. He was also open-minded to the fact that one, it is possible for the deaf to be educated in their own way and language, and two, by allowing them to practically have their very own social class. Charles -Michel de l’Epee is not only a hero for creating & teaching sign language, but also for being dedicated to his work & students, & self-sacrificing nearly everything for his school & students. 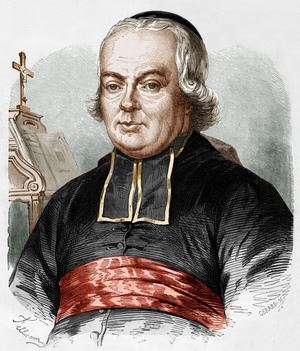 Charles-Michel de l'Epee seated in black robes with a red waist sashhttps://search.alexanderstreet.com/preview/work/bibliographic_entity%7Cbibliographic_details%7C3262054Epee was criticized for his methods, and his students were also criticized because of them. But Epee was dedicated to his teachings and his students and didn’t give up on them, ever. You would think after being told that the things your teaching are “useless”, and “fake”, and that the people that you teach don’t really understand your language most would just give up. But Epee didn’t, in fact, he fought back by showing people what his students were capable of. “Conflicting, “Despite his achievements, some critics asserted that Epee’s pupils learned by rote, and did not possess a true understanding of language or an ability to formulate sentences on their own.” He strove to answer to “those theologians…” Epee wrote, “who held that metaphysical ideas were inexpressible by deaf signs and hence necessarily beyond the understanding of the deaf” (“Charles Michel de l’Epee.”).” Epee wasn’t going to let the critics continue mentioning mean things about his school and students he was willing to “answer to “those theologians…” Epee wrote,…” He developed an amazing method of teaching the deaf that people simply don't understand. It was believed at that time to try and teach the deaf how to speak and write, not sign language. But people wouldn’t stop discouraging Epee about his work and students, but he didn’t let it get to him, he simply choose to continue going forward, becoming more and more dedicated. Eventually one of his students ended up writing practically an essay even though he was deaf. “He did not doubt their abilities but recognized their true potential with knowledge. For example, one deaf student, Clement de la Pujade, was renowned for his delivery of a five-page discourse in Latin and discussion on the history of philosophical thought, which allowed Epee to prove his detractors wrong with tenacity.” Clement de la Pujade was able to show everyone that Epee’s teaching methods were working and helpful. Everyone that doubt Epee and his students no longer did after Pujades 5-page discourse came out. Epee was able to wrong everyone about his students, people then started to actually believe that his teachers were teaching the deaf something, and the understanding of the French language. Charles-Michel de l’Epee was able to show everyone wrong with his dedication to his students and work he was able to continue to work forward and ignore all the bad commentary being thrown at him.

Clergyman Charles-Michel de l'Epee portrayed seated in a chair in black robeshttps://search.alexanderstreet.com/preview/work/bibliographic_entity%7Cbibliographic_details%7C3262674Epee was know to be kind, or fair to his students, he always believed in them. It was said that he even went without heat in his “quarters” so the students can have a fire of their own. He self-sacrificed almost everything he had, he even went bankrupt, for he put his inheritance money into opening the school. Did he ever think he would become famous, no, he simply just wanted to teach his students. Just before his death they even held a assembly for him, to show how important he is. Yet at no point in his career did he want to gain fame and get rich from it all. “Democratically, “He did not hope to enrich himself by reserving his methods for the deaf and mute of Europe's upper classes, but instead impoverished himself to teach children from all walks of life” ("Charles Michel de l'Epee." Encyclopedia of World Biography). He did not consider status important since he wanted every child to have an equal opportunity to learn even though he would not be benefited to the greatest extent. Selflessly, “Despite his renown, he had bankrupted himself for his cause. Students reported that he went without heat in his own quarters so that they might have a fire in theirs” ("Charles Michel de l'Epee." Encyclopedia of World Biography).” He choose to let his methods be known by everyone not just one specific group of people. He was willing to take on poor students that didn't even have money yet he still taught them. Epee was honest, kind, and fair to all, and didn’t at any point in time believe that his students couldn't do something. He simply wants his students to be able to communicate both among themselves, other deaf people, and the world around them. The deaf were not thought to be real people. And if so they were not treated well, didn’t get good education unless they were from a rich family, and thought to not be teachable. “Epee was one of the first to assert that the deaf were fully functioning citizens of society, and should be accorded every right granted to the non-hearing impaired. For this he is recognized as single-handedly bringing the deaf community into their own social class.” Up until that point in time the deaf weren't “real people” and can’t do a lot of things. But Epee proved them all wrong in time. The deaf wouldn't be able to do much of anything if it weren't for Epee making it know that they are people like the rest of use, and can be taught. Even though it was difficult with the amount of discouragement that he got he continued to fight for the deaf, especially for their social status. Epee was more concerned about his students/ his work than being famous. Epee did just about everything for his students, even going bankrupt. He was not interested in getting rich an famous he just wanted other deaf people no matter there social class to learn how to interact with others. 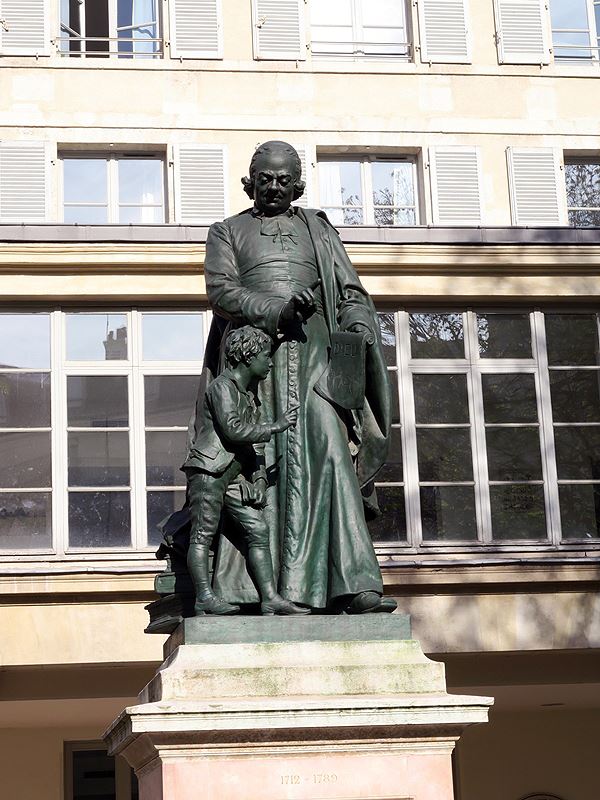 Statue of Charles-Michel de l'Epee in the National School for the deaf located in Paris, Francehttps://www.texva.com/france/paris2.htmlCharles-Michel de l’Epee was known for creating and teaching sign language and showing dedication, and self-sacrifice through his work, school, and students. Epee was dedicated to his work and students, he made sure that they got an education and continued in moving forward with the creation of sign language. He was also selfless when it came to his students, he would do things for them before meeting his own need, he even taught the poor for he didn’t care about your social status. Epee had a completely different view on not just how to teach the deaf, but also how to understand them, and communicate with them like no one else could. He devoted his entire life to his school/ students/ and work, and towards education as many deaf people as possible. Charles-Michel de l’Epee was a deaf education pioneer, especially in his time. Epee did everything for his students using his entire inheritance just for the school and his students. He was well respected because of this and had quite an impact on his student's lives. Epee was able to help a community of deaf people by teaching them how to sign even though it was hard he continued his work. Charles-Michel de l’Epee was known for being dedicated and self-sacrificing to his work and students. Instead of giving up when he was criticized by other teachers for his methods he didn't quite. He went forward with his teachings, some of his students even, after his death, also became teachers for the deaf, even open up other schools. Epee’s assistant and teacher Laurent Clerc and Roch-Ambroise Cucurron Sicard are known for assisting in the opening the first school for the deaf in America. So like Epee, don't give up so easily and continue forwards no matter what. And don’t be afraid of asking about sign language, everyone should learn it, whether they hear or not.