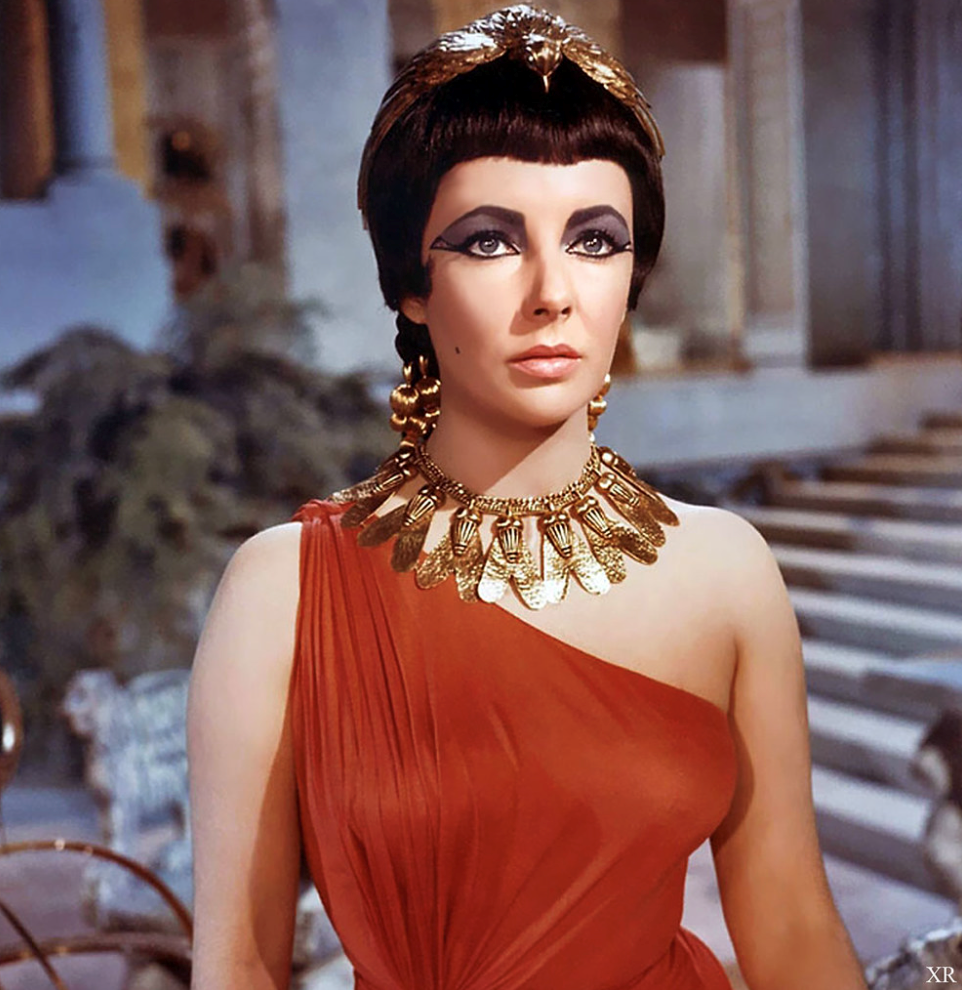 1963 ... Elizabeth Taylor is 'Cleopatra'"1963... Liz Taylor IS Cleopatra!" by x-ray delta one is marked with CC BY-NC-SA 2.0. To view the terms, visit https://creativecommons.org/licenses/by-nc-sa/2.0/?ref=openverseCleopatra, the queen of Egypt was a powerful, inspiring woman. “A goddess as a child, a queen at 18, a celebrity soon thereafter, she was an object of speculation and veneration, gossip and Legend, even in her own time.” (Schiff 1) As Schiff has written here, Cleopatra has been known as a celebrity for over thousands of years. Cleopatra had been despised in her time as she was defiant, confident and self driven. This caused a lot of friction between male leaders for diplomacy and her reputation for the crown.  She has inspired me to not be defocused and work for what I want. Cleopatra is my hero because she was passionate, confident and intelligent as a leader of her regency causing a lasting impact on politics. 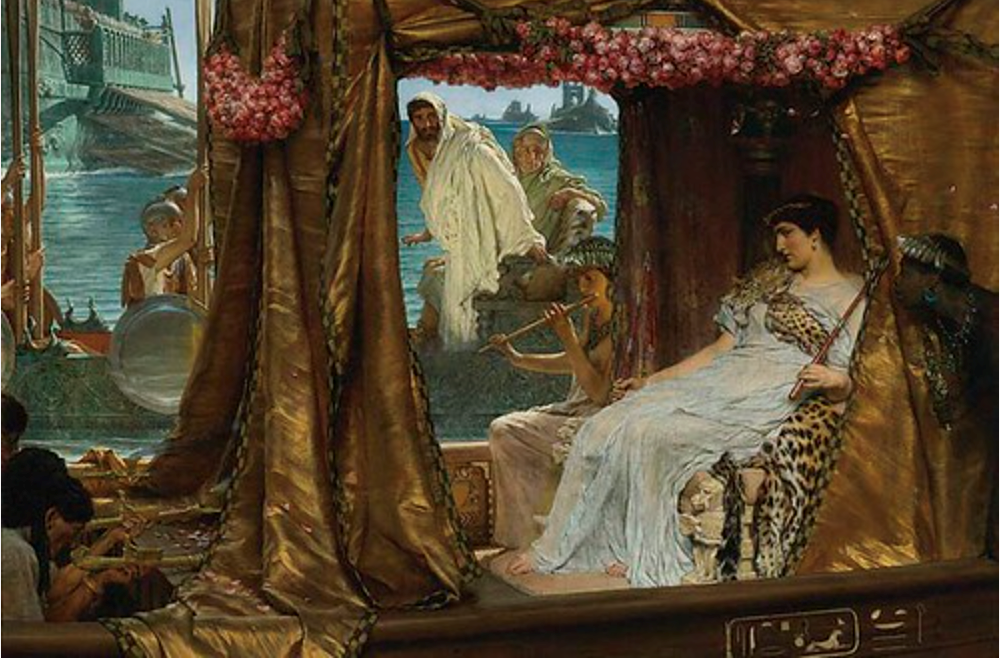 Cleopatra The Meeting of Antony and Cleopatra by Sir Lawrence Alma-Tadema, 1885"Cleopatra The Meeting of Antony and Cleopatra by Sir Lawrence Alma-Tadema, 1885, 720X480" by mharrsch is marked with CC BY 2.0. To view the terms, visit https://creativecommons.org/licenses/by/2.0/?ref=openverseCleopatra was a strong leader to Egypt. She used her femininity to manipulate the Romans for help to preserve her throne. She styled herself as the new Isis, an Egyptian goddess. This is what distinguished her from the previous Cleopatra III. However, she made relations with Rome through Caesar, and the Romans started to become upset with her.“From the Roman point of view she "enslaved" them [Mark Antony and Julius Caesar] both. (Schiff 4)” The Romans had the impression that Cleopatra was manipulative and a witch. She got two of the most powerful men at the time to do whatever she had wanted. Because of this the Romans made Cleopatra out to be this girl who was manipulative and powerful in fear of how she had gotten to Caesar and Antony. Cleopatra, stripped of any political validity, was to be remembered as an immoral foreign woman who tempted upright Roman men (Britannica). The Romans (mostly men) were insecure to see a woman with so much intelligence and power they made her seem that she was a terrible person with no self-respect. Since they couldn’t say this directly to her, they would spread all of this to people. This makes her heroic because she didn’t care what the people beneath her thought, she was focused on what would help her and her country. Her confidence gave her self-assurance to focus on what was important to her. I think to be focused and confident in what you’re doing is very important as a hero.

Cleopatra created a new persona for women in society. Yes, there were female leaders before her, but they hadn't made such a lasting impact on the world that people still talk about today. Even in her time she had impacted Roman politics. Her relationships with Caesar and Mark Antony and her military alliance made her a crucial part of the Roman government. She did help out Rome; she made Egypt wealthier and more powerful with Rome’s resources.  This changed the roles of women in society, creating more outspoken roles than just being the caretaker.“‘They must think I have no spirit, or rather that I hardly have a spleen,' he raged.” (Schiff 130) Cicero hates Cleopatra because she isn’t afraid to defy him. He was also enraged how she had Caesar wrapped around her finger. Schiff also points out that Cicero could hate her for the reason she never brought him back a book from her library during her trips to Rome. I think Cicero is acting very immature just because he feels emasculated because Cleopatra doesn’t feel inferior to him. Cicero is letting his insecurities get in the way, leading him to think that Cleopatra is taunting him. In Cleopatra’s time, men were leaders and military workers while women stayed at home. This caused friction between Cleopatra and some international government workers, but she persevered and created a powerful nation neglecting the male criticism. She is my hero because she has created a new role for women outside of the house. Cleopatra and her brother were both leaders of Egypt, but Cleopatra had the more dominant role as ruler after her brother, Ptolemy, died. This supports the idea that men aren’t always more powerful than women. Cleopatra’s character spreads how women were just as strong if not stronger than men. She broke the barrier between men and women and that makes her very heroic.

Cleopatra is my hero because she was the first female leader in history, and her confidence and self assurance caused to make a powerful nation. I think she has inspired many girls to not feel they have to act a certain way. Cleopatra was a dominant and powerful leader who also had enemies, Because, she wasn’t always nice to people, causing a lot of tension. Her negligence to all the hate she had received as owner of the throne had caused her to be a great leader. She had portrayed the idea at an earlier time that women can do more than take care of the house. Cleopatra has left a continuing impact with her persona, causing her to be a celebrity even after she is dead.