How are communities hardest hit by the coronavirus finding hope? For some people of color, our columnist explains, the connection provided by black music and artists has helped.

MAY 12, 2020 - People of color are overrepresented among the front-line workers deemed essential right now, and also among the homeless and prison populations that are especially vulnerable amid the coronavirus crisis. Now more than ever, it is vital for these groups to experience community – and for African Americans to know that we are not alone in our plight. 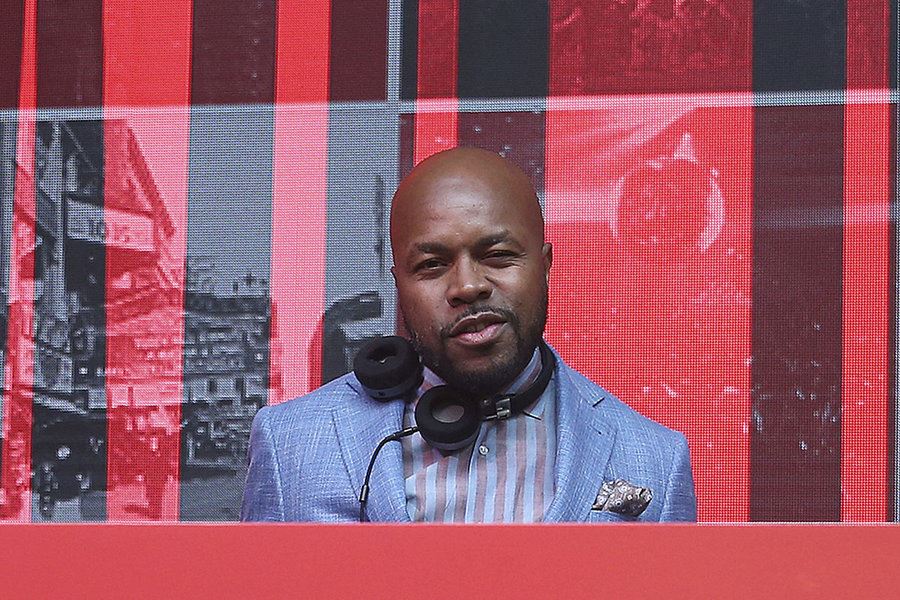 Less reported on is what has been done to create that sense of community. Black music has not only raised spirits during this time, but also reaffirmed its necessity in mainstream culture. Utilizing social media, artists continue to raise the bar when it comes to creative output.

From rapper Tory Lanez’s energetic “Quarantine Radio” to special music sessions with R&B singers like H.E.R. and Carl Thomas, the avenues of intimacy created between artists and their fans have been both surprising and refreshing. Beyoncé has spoken up about how black Americans are disproportionately affected by the outbreak, and has partnered with Twitter CEO Jack Dorsey via her BeyGOOD charitable organization to donate $6 million to relief efforts.

Moments of both visibility and togetherness are tremendously needed. Derrick Jones, known as D-Nice, achieved a recent surge in popularity for that very reason.

The DJ, photographer, producer, and veteran rapper took to Instagram Live starting in March to spin some of his favorite records for hours on end and share the stories behind them. Dubbed “Club Quarantine” by the DJ, the sessions – featuring hip-hop, R&B classics, and Top 40 hits – immediately gained traction. Not only did his followers grow exponentially on Instagram (from under 200,000 to more than 2 million); “Club Quarantine” boasted viewership from Rihanna, Michelle Obama, Sean “Diddy” Combs, Oprah Winfrey, and Jennifer Lopez.

“Personally, I think a lot of it had to do with the music. I played sets that you wouldn’t normally hear in a club if you were actually out,” D-Nice told GQ in April. “Me, being that I’m isolated, I don’t see [anyone’s reactions]. That means I’m going to play a set that’s straight from my heart. I think it resonated with people – and it felt good. It felt different. It felt like a celebration.”

The “Verzuz” beat battles, founded by Swizz Beatz and Timbaland, also on Instagram Live, have become another entertainment staple during this trying time. In the battles, two artists (typically songwriters or producers) go toe-to-toe performing their lengthy catalogs in an effort to be named victorious. Highlighting the work of those crafting soundtracks in the hip-hop and R&B realms, “Verzuz” has consisted of headliners: Babyface vs. Teddy Riley, Erykah Badu vs. Jill Scott, RZA vs. DJ Premier, Swizz Beatz vs. Timbaland, and T-Pain vs. Lil Jon. Hundreds of thousands of people tuned in to see who would come out on top.

Also in March, TikTok user @keke.janajah – whose real name is Keara Wilson – posted a video of her playful choreography to rapper Megan Thee Stallion’s “Savage” (explicit lyrics) and dubbed it the #SavageChallenge. After five days of doing the dance and sharing it on the app, it went viral with celebrities like Normani, Ryan Destiny, Justin Bieber, and even Megan herself getting in on the fun. (Beyoncé made a fun cameo on the remix to it.)

The deep nostalgia and fellowship of these online gatherings not only broke records (the Babyface vs. Teddy Riley battle is the biggest Instagram Live battle ever), but also fostered a sense of cultural pride and creative appreciation. Not to be left out of the quarantine conversation, Drake’s hit “Toosie Slide” – accompanied by a music video showing the masked superstar executing the dance inside his Toronto mansion – also broke records. The #ToosieSlide hashtag reportedly hit 1 billion views in two days on TikTok, a first for the app.

Music has always been about more than joy for people of color: It’s about our heritage, our resilience, and our strength.