by Patrick Brantley from Fredericksburg, Virginia in United States

Many people know friends and family who are city or government officials, whether they are politicians, doctors, or cops. All of them, provided they do their job, are worthy of the title of hero. In the fictional city of Gotham, home of Batman, there are many morally corrupt men and women, and very few heroes. There is a reason that throughout its time, it has been known on many occasions as the “the most crime-ridden city in the world” (The LEGO Batman Movie). In the early days of Batman’s crusade, much of the city was corrupt, especially the police department. Much of the Gotham City Police Department, also known as the GCPD, was corrupt as well, and “on the take.” Being “on the take” means that they answered to the mob, taking money in return for other services they did for the mob, such as running a drug trade or making sure a key witness to a mob boss disappears. One cop who refused to go on the take, though, was James “Jim” Gordon.

Anyone who is a cop who does their job well is worthy of the title of hero, but many times Jim goes above and beyond what he is expected to do, and in some cases was allowed to do. As a rookie cop, he started as a homicide detective, partnered with a cop who was on the take. He then progressed up as a captain, in some iterations taking a brief break prior to go freelance as a bounty hunter, and eventually was promoted to the role of commissioner in one of the worst cities in the world. Different versions of Jim Gordon’s story have been told in different formats, including movies, television shows, and comic books, but every single version of the man who would go on to be commissioner has the same qualities that make Jim Gordon the man he always is. Those qualities are his devotion to the people before himself, his courage and bravery to stand up for what’s right, and his willingness to go outside the box with his ideas when he’s stumped, mainly with his partnership with Batman.

Jim Gordon has put his career and his life on the line time and time again for the people of Gotham, no matter how evil they may be. In the first season of the television show Gotham, when one of the biggest mob bosses in the city, Don Carmine Falcone, is about to be killed in a hospital after a hit-and-run by a rival gang injured him, the then-Detective Gordon went to the hospital, and protected him, because without Don Falcone, the city of Gotham would fall apart and innocent people would be hurt. As Jim said, “He’s a bad man, but he’s the best bad man we got” (Gotham Season 1 Episode 22). He saves Falcone from being killed even though doing so could literally cost him his life, and likely the lives of those he loves. Later on, in season four, when Jeremiah Valeska, the man who would go on to become the Joker, destroys all ways out of the city and hands control over to the criminals, the now-Captain Gordon is offered a chance to leave--even ordered to leave-- but he refuses. He tells a teenage Bruce Wayne, who is also staying, “There are good people out there. They need to know we’re here, willing to fight” (Gotham Season 4 Episode 22). He constantly is going out in the front line to protect his people, the citizens of Gotham. In season five of Gotham, when the army is preparing to storm Gotham and the GCPD Precinct where all the civilians are being sheltered, he makes a stand, refusing to leave. He stands at the top of the barricade, right up against the edge, and says the line that starts the firefight: “For Gotham” (Gotham Season 5 Episode 1). He’s not doing it for himself, he’s doing it for all the people left in Gotham. 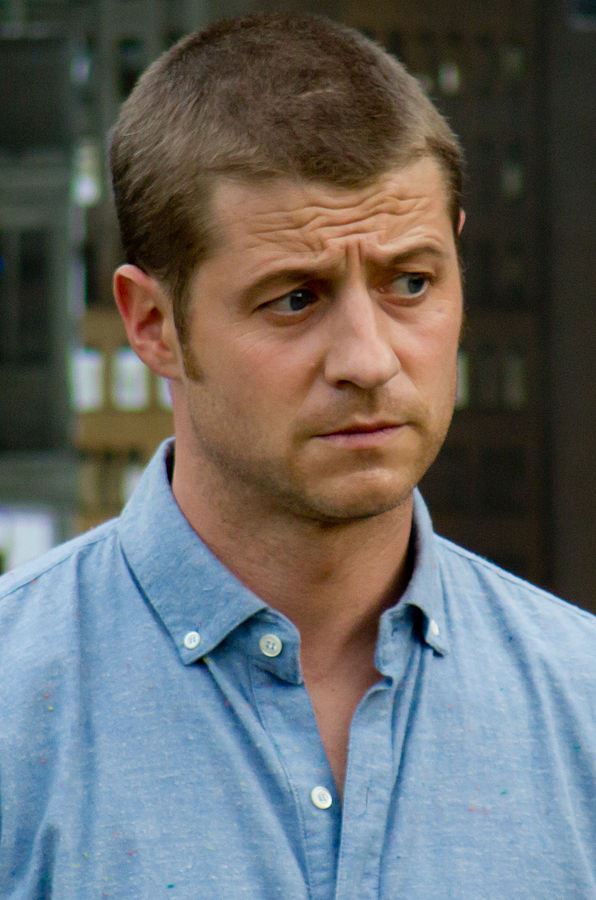 His courage and bravery are also things that he has in abundance. He tells the major in charge of the evacuation who had previously relieved him of duty and even arrested him for disobeying orders so Jim could protect the people, “Well I’m not leaving. So if you’re gonna arrest me, do it now,” practically daring the major to challenge him and make him leave, because he refuses to leave the people who can’t leave (Gotham Season 4 Episode 22). He is being brave and standing for what he knows is right, and even when he’s ordered to leave, offered an easy way out, a chance to survive, he refuses. All to serve the people and protect them. When he goes out, he often doesn’t even have on a form of body armor. When the League of Assassins takes over Gotham in Beware the Batman, he and his daughter, Barbara, go to hack the device, allowing them to control Gotham. He isn’t wearing body armor in that fight. All he’s wearing are his work clothes of khakis, a button up shirt, a tie, and a trench coat. That’s all he wears when he’s fighting ninjas, crazy clowns, or just random gangsters. The only time he has been seen in any sort of armor is when he is literally standing up against an army, like in the aforementioned battle against the army in season five of Gotham. Then during the fifth season with the help of the GCPD, Captain Gordon established the Green Zone, a safe area for all citizens of Gotham. He even establishes housing for everyone in Gotham, not just for those in the Green Zone. They call it Haven, a home for all who need it, so that everyone can “help each other survive” (Gotham Season 5 Episode 3). Jim Gordon established Haven even though he knew that with everyone coming for refuge, the different gangs would want their people back, and Oswald Cobblepot, the Penguin, actually attempts to get his people away from Haven, but fails. Knowing that it was bound to happen, Jim had to have a lot of courage to establish Haven in the first place, but he did anyway with the help of the GCPD and people like the now eighteen-year-old Bruce Wayne.

One thing that Commissioner Gordon is famous for is his partnership with Batman. In the eyes of the law, Batman is a vigilante, and in many cases a criminal. However, Jim still works with him, and even has a spotlight on top of the GCPD headquarters dedicated to calling Batman for help, even though it is revealed that there are “at least a dozen” (Dark Knight Returns Part 1) ways to contact Batman, even ten years after his retirement. Many people throughout the GCPD believe he’s a criminal. In Batman The Animated Series, Harvey Bullock is skeptical of Batman, and doesn’t trust him at all. Then in The Batman, Chief Angel Rohass, says to the newly promoted Commissioner Gordon, “You’re not saying you want a vigilante to do police work?” to which Gordon responds, “I’m saying we need to be smart about this” (The Batman Season 2 Episode 13), because Gordon knows Batman can help get them out of the “pickle” that they’re in. In Gotham, when Gordon has been made a fugitive from the law by the new mayor, who is the big bad for the first half of the season, he teams up with Penguin, a man who is a known mob boss and killer; other mobsters who work for Penguin; a teenage Selina Kyle, the girl who would go on to become Catwoman; and Alfred Pennyworth the butler and his partner Harvey Bullock, all to rescue Bruce Wayne. Criminals, a crime boss, a teenager, a butler, and a cop, all of whom Jim Gordon works with to save lives. Even when there is evidence pointing towards Batman straying from the right path, Jim Gordon knows he wasn’t straying and even says as much in the 2017 film Justice League. Gordon tells another cop, Detective Crispus Allen, “C’mon, you think he fights criminals for twenty years here and then goes to Metropolis and kidnaps eight people?” Then he says, “I’ll talk to him tonight” (Justice League), because he knows that Batman is a hero, and Batman can help him stop whoever the real bad guy is. In The Dark Knight Returns movie, one of the big controversies is the role Batman plays in the city, whether he’s actually making a positive difference. Jim Gordon has two things to say on the matter. In The Dark Knight Returns Part 1, he talks with his replacement as commissioner, Ellen Yindel, about how he can condone such obvious lawlessness done by Batman. He responds by telling her a story about Pearl Harbor and how they reacted. Initially they reacted cowardly, “hiding in our beds with our heads under the sheets” (The Dark Knight Returns Part 1). He then tells her of a report that came out years later saying President Roosevelt knew Pearl Harbor was going to happen, and didn’t do anything about it. Apparently it rattled around in Jim’s head for a while before he realized “it was too big for me judge. He was too big” (The Dark Knight Returns Part 1). The same applies for Batman. It’s too big for him to judge. In the second part of this comic book adaptation, at his retirement dinner, he says the following: “Many have asked how I can condone this man. My answer is that we all have something, or someone, worth fighting for. I have my wife, Sarah. Any time I wonder if I’m doing the right thing, I think of Sarah, and the rest is easy” (The Dark Knight Returns Part 2). Jim knows that as long as what he is doing is morally correct and in the interest of the people of Gotham, no decision is a bad one.

That’s how James Gordon, and everyone like him in the real world, is a hero. His devotion to the people before himself, his courage and bravery to stand up for what’s right, and his willingness to go outside the box with his ideas when he's stumped, all make him a great man, and someone who has truly earned his title: Hero.

- “The Batman.” The Batman, Cartoon Network.