by John Douglas from Fredericksburg, Virginia

There are many kinds of heroes. It does not matter what race or ethnic background they are. What makes a person a hero is what he or she has done to go beyond the call of duty when it is needed in times of crises and need. These men and women overcome great obstacles ordinary people would just go around or avoid, hiding from the danger. Heroes are not afraid to stand up in the line of fire and face the music of angels. Dr. David Livingstone is my hero and here is why.

David Livingstone was born in 1813 into an extraordinarily religious family in Glasgow, Scotland. He studied medicine and theology at the University of Glasgow. He wanted to go to China for a missionary post, yet the opium wars that were going on there thwarted his plans. Instead, he set his destination for Africa. While there, he married a fine young lady, the daughter of Robert Moffat.

Livingstone's travels covered over one third of the entire country of Africa! He opened the door for a large number of young explorers who were trying to discover places as yet unseen by foreigners.

Livingstone was the epitome of commitment to a goal. He reasoned if he could find a river route into the heart of Africa, it would invite trade and commerce into the interior. In this way, he hoped the slave trade would die because local chiefs would no longer have to cooperate with slave traders to get trade goods. The Zambezi was the most promising river that he found; however, there was the problem with the Kebrabasa rapids. Livingstone was determined to find out if they were navigable, at least during high water. The result was one of the most grueling journeys ever taken by explorers. On December 2, 1858, during low water, Livingstone proceeded on foot up the rapids with local guides and four Makalolo warriors fiercely loyal to Livingstone. By noon, the African sun made the boulders sizzling hot; the feet of the Makalolos blistered. Livingstone pushed farther, not stopping until the evening.

On November 10, 1871, in the village of Ujiji on the east side of Lake Tanganyika, Livingstone encountered Henry Stanley. He greeted him with his (now famous) words: "Dr. Livingstone, I presume?" Stanley had been sent by the New York Herald Tribune newspaper to help, but it had taken a year for him to find Livingstone.

On the morning of April 30, 1872, his two African assistants found Livingstone dead, kneeling at his bedside, apparently praying when he died. They dried his body and carried it and his papers on a dangerous 11-month journey to Zanzibar, a trip of 1,000 miles. The natives buried his heart in Africa as he had requested, but his body was returned to England and buried in Westminster Abbey.

David Livingstone stayed committed to his goal of finding a river into the heart of Africa to thwart the slave trade. This is why David Livingstone is my hero and the hero of many across the world. 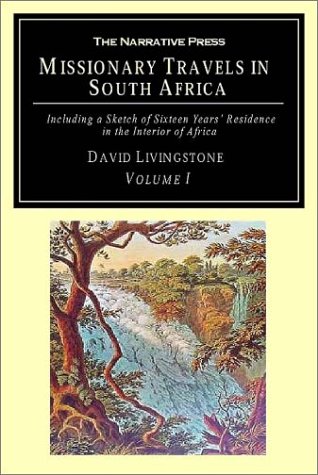