by Nicholas Xue from San Diego, California in United States

When I was very young, my teachers always told me to think before I act. Naturally, I thought about what they had said and made more well thought-out actions in the future. Sometimes we need others to give us a little advice on how to make better decisions. The Nobel Prize laureate Daniel Kahneman definitely helps others to choose smarter. Daniel Kahneman writes in his autobiography that he was born in Tel Aviv to a Jewish family during the Nazi occupation. One day, he encountered a German soldier after curfew, but instead of being punished, the soldier treats him nicely and let him go. This incident let him think that people are very complicated and interesting. Daniel Kahneman gives this as part of the reason that he was inspired to study human actions later on (Daniel). A hero is someone who causes positive changes in the world, giving us a reason to remember them. Daniel Kahneman is fit to be considered a hero for helping to advance certain fields of study and showing others how the research and experimentation he has done improves how they make economic decisions. 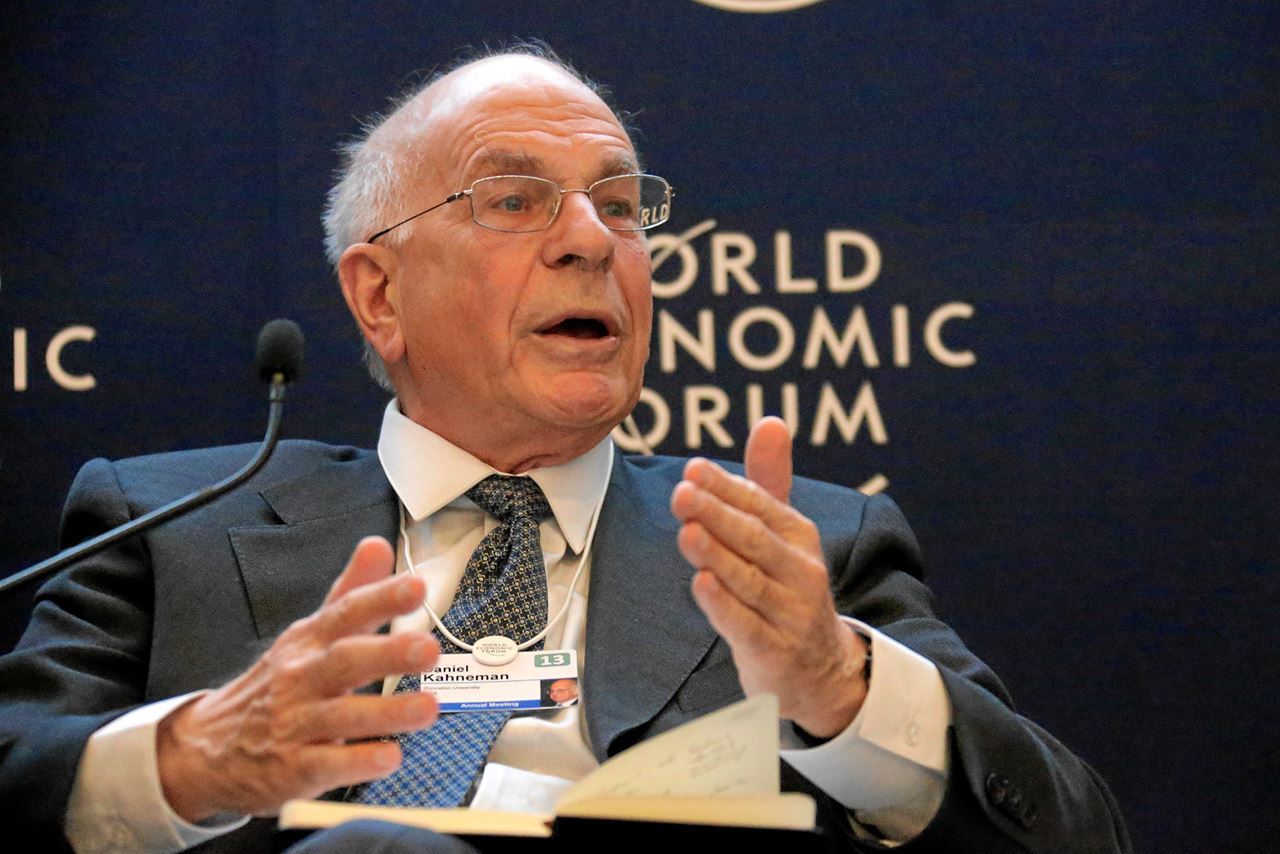 Daniel KahnemanFlickr - World Economic Forum [Public domain]Daniel Kahneman is a hero because he has heroically dedicated his life to the continued research of psychology in pursuit of something larger than himself. A biography on Daniel Kahneman states that “[Kahneman and Tversky] focused their studies on cases in which people's decisions--specifically economic decisions--cannot be predicted using systematic, rational theories. Economics had been considered a non-experimental science that was researched in real-world situations before Kahneman took his research into the laboratory. Then a growing number of researchers began focusing on what is called experimental economics” (“Daniel”). Kahneman and his partner, Amos Tversky, introduced the idea of rational human behavior into the field of economics. They caused economists to take a new view on the subject, and change certain models and theories accordingly. As a result of this, studies and experiments on a person’s actions emerged in economics, which even gave birth to its own study field, behavioral economics. In his autobiography on the Nobel Prize website, Kahneman says, “Amos and I provided quite a few of the initial ideas that were eventually integrated into the thinking of some economists, and prospect theory undoubtedly afforded some legitimacy to the enterprise of drawing on psychology as a source of realistic assumptions about economic agents” (Daniel), Obviously, economists needed proof before they gave way to the idea of behaviour affecting economic decisions. When Kahneman and Tversky initially came up with the theory that people weigh losses more heavily than gains (which they later named “Prospect Theory”), it was rejected by most. Only after various studies to prove this did economists accept that theory as at least somewhat true. Now, it is generally accepted by others in the field, as well as other ideas that he originally proposed. Daniel Kahneman’s contributions to the fields of both psychology and economics are quite significant and will not be forgotten, which means he is a hero who made a lasting impact.

Kahneman is also considered a hero for spreading his research on psychology through his talks and publications, which helps ordinary people make better decisions in their daily lives. He writes in his 2012 publication, Thinking, Fast and Slow, that “Decision makers are sometimes better able to imagine the voices of present gossipers and future critics than to hear the hesitant voice of their own doubts. They will make better choices when they trust their critics to be sophisticated and fair, and when they expect their decision to be judged by how it was made, not only by how it turned out” (Kahneman, 418). Thinking, Fast and Slow is a book about how we make decisions, not just making correct decisions. Kahneman compares the fast and slow systems of thinking that we use to show that in order to choose the best possible option, it’s important to think about the decision we are making, and that the initial instinctive choice is not always the better choice. During his TED Talk in 2010, Kahneman provides a thought experiment, saying, “Imagine that for your next vacation, you know that at the end of the vacation all your pictures will be destroyed, and you'll get an amnesic drug so that you won't remember anything. Now, would you choose the same vacation?...If you think in terms of time, then you get one answer, and if you think in terms of memories, you might get another answer” (Kahneman). Kahneman talks about how people don’t think they are happy not because they live in an unhappy world, but because they don’t have many memories of happiness. Knowing this helps them to make better decisions because happiness is no longer considered on the basis of an experience, but on the memories gained from it. When they understand that good memories of an experience matter more than the actual event, they will be able to make a conscious decision to pick things that bring about happier memories. Kahneman isn’t just a hero because he did research, but also because he uses his research to show his audience how they can learn more from thinking about the choices they make everyday.

Kahneman can definitely be considered a hero for causing positive changes in academic areas and also in the decision making process for normal people. Sometimes finding inspiration to learn something or find out more about a subject seems difficult. Having interest in something doesn’t always lead to inspiration for long term goals. But sometimes, things will happen that change our views on things completely and give us an inspiration to go and learn more. For Daniel Kahneman, the experience that caused him to start thinking about the way people think and act was when a supposed enemy treated him nicely. By entering the field of psychology and studying patterns of thinking, he gives others a chance to be inspired through his writing and his lectures, thus helping to continue to cycle of inspiration and acquiring new ideas. In Kahneman’s TED Talk about happiness, where he talks about what we remember. He asks, “What defines a story? [...] What defines a story are changes, significant moments and endings. Endings are very, very important and, in this case, the ending dominated” (Kahneman). Memory is heavily discussed in the TED Talk, especially that endings often determine the memory of the overall satisfaction of a story. For example, we remember “Romeo and Juliet” for its quite tragic ending, even more than the fights and some of the very comedic characters. It is a common technique in writing to finish a work with something that gives the reader a fulfilling memory about the work. Daniel Kahneman has given the perfect reason for why this technique is effective; endings are what resonates in a person’s mind the most when they think about an experience. Therefore, I think the best way to end my essay would be with a cliché line that most have heard told to them at some time: Think before you act.

Kahneman, Daniel. “Transcript of ‘The Riddle of Experience vs. Memory.’” TED, 2010, www.ted.com/talks/daniel_kahneman_the_riddle_of_experience_vs_memory/transcript.