by Geeta Malik and Kathy Crockett

In 2002 an American journalist made the headlines, not for a news-breaking story, but for his abduction and murder at the hands of terrorists in Karachi, Pakistan. Daniel Pearl, a South Asia correspondent for the Wall Street Journal, was researching an article on terrorism when he was kidnapped. He was not the first, and certainly not the last, foreign reporter to die in the latest Middle East conflict, but he was the first American; so, perhaps that is why he made headlines in media all over the United States. Or, perhaps--and more likely--the extensive coverage of his abduction and tragic death had more to do with the way he lived his life and reported the news.

Daniel Pearl, or "Danny," as he was known to friends, family, and colleagues, was adored not only by those personally close to him, but also by his readers. In a tribute published by the American Society of Newspaper Editors, Wall Street Journal business editor Lawrence Ingrassia wrote of Danny: "What caught my eye from afar was Danny's graceful and clever writing, and his knack for getting into the shoes--heck, the socks--of people he was writing about." He was the kind of professional who refused to do the "easy story." And what made him a "first-rate foreign correspondent was his ability to put readers in places they never have been, so they could see and smell and hear what a person or country is like," continued Ingrassia.

Danny brought understanding and compassion to his stories and to his relationships. He was friendly and charismatic and smart. Born on October 10th, 1963, to parents Judea and Ruth, he pursued his passions and talents for academics, sports, and music. He played the violin and, like his stories, his repertoire was wide and varied--everything from bluegrass to salsa. After Danny received his B.A. in Communications from Stanford University, he began working for newspapers around the country as a reporter. In 1990, he joined the Wall Street Journal and began working for their bureau in Atlanta, Georgia.

His assignments brought Danny to places all around the globe. In Paris he met Mariane, a fellow journalist, and immediately fell in love; the two were married a year later, in 1999. Newly married, and with a baby on the way, he was understandably hesitant to go to Afghanistan, but he went and reported on the Middle East conflict with his special blend of style, integrity, intelligence, and respect for people of all nations, ethnic groups, and religions. In 2002, he went to Pakistan to investigate terror links between Pakistan and Afghanistan. On his way to an interview, Pearl was kidnapped, and, despite pleas from world leaders as well as his wife, he was murdered. Just two days before his abduction, Danny had learned that he and Mariane were having a son.

Adam D. Pearl was born in May 2002. Although Adam will never know a life with his father, he will learn of Danny's legacy and good work in a myriad of ways. There will of course be personal stories and anecdotes from family, friends, and Danny's colleagues; Danny's own writings; and then there is the Daniel Pearl Foundation, which his family created in order to preserve Daniel's memory while teaching young people about journalistic integrity and tolerance. Collaborating with iEARN (www.iearn.org), one of the foundation's initiatives, PEARL (Prepare and Educate Aspiring Reporters for Leadership), has created a web-based news service with stories by youth reporters from around the world. The foundation also celebrates Danny's love and talent for music through Daniel Pearl Music Day, which coincides each year with his birthday.

In an interview with Larry King on CNN in 2002, just before giving birth to the couple's son, Mariane spoke of the memories she will pass on to Adam: "I want to convey to him his sense of...how genuinely he went to different people and ...expand(ed) the limits of his tolerance, of his knowledge of other people," she said. To his father, Judea Pearl, and countless others around the globe, Daniel ("Danny") Pearl will forever be "a symbol of strength and hope," and an individual who "remained proud of his heritage and unshaken in his convictions, a man who lived by truth and compassion." (Judea Pearl, New York Times. June 18, 2002.)

Daniel Pearl loved music and understood how it could help bridge cultural divides. The foundation's mission is to promote cross-cultural understanding through journalism, music, and innovative communications.
Please join in the celebration at the
15th Annual Daniel Pearl World Music Days (October 1-31) for more information on these exciting and inspiring events... 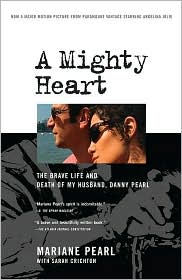 A Mighty Heart: The Brave Life and Death of My Husband Danny Pearl
Mariane Pearl, Sarah Crichton (With) 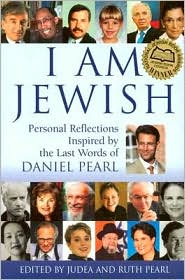