My heroes are people who are in the pursuit of becoming a constellation, not just a star. 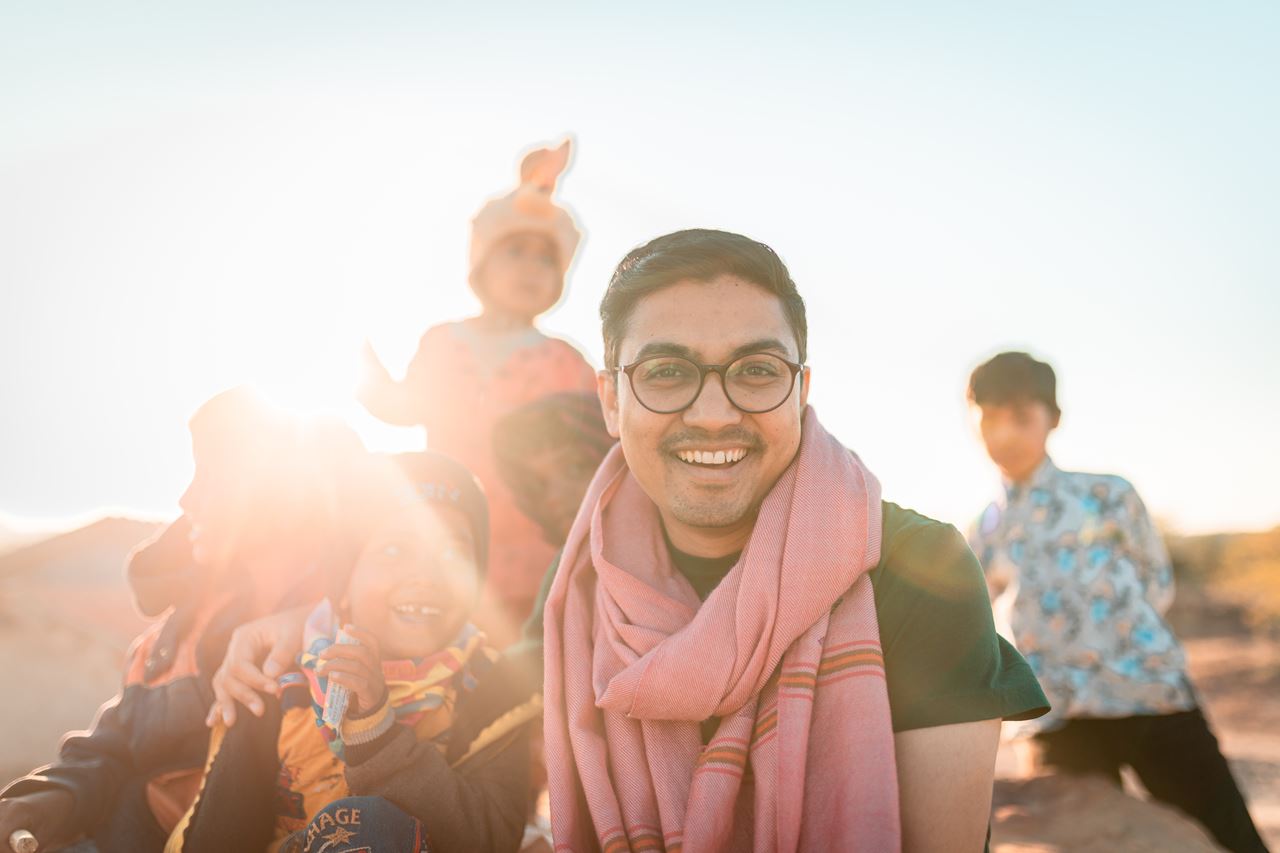 In 2009, when Deepak Ramola was just seventeen years old, he created Project FUEL (Forward the Understanding of Every Life Lesson). FUEL is an organization that collects life lessons from people of all ages and turns them into innovative education, art and media projects. What began as a personal hobby for Deepak and his friends has turned into a twelve-person organization that has gathered over 400,000 life lessons. At twenty-eight years old, Deepak has worked with children in eleven countries and represents UNESCO MGIEP as a Kindness Ambassador. When asked what led him to create Project FUEL, he says: ”Because I am a young person and I started this at a very young age, I think I was doing it more for myself than anybody else. And my friends. And the circle just grew since then and became a larger, whole family.”

Deepak radiates kindness, with a broad smile and an open aura with no pretense. He speaks as if he has known you for years, and trusts you to give kindness in return. There is no vetting process, just up-front acceptance. He says: “I’ve realized by collecting these life lessons, one of the insights is, the world has enough love; it lacks trust. We don’t teach that enough. We don’t talk about that enough. But somewhere, I believe, the people you trust, you love them by default. But it’s not the same case vice versa. You don’t really trust everybody you love.” 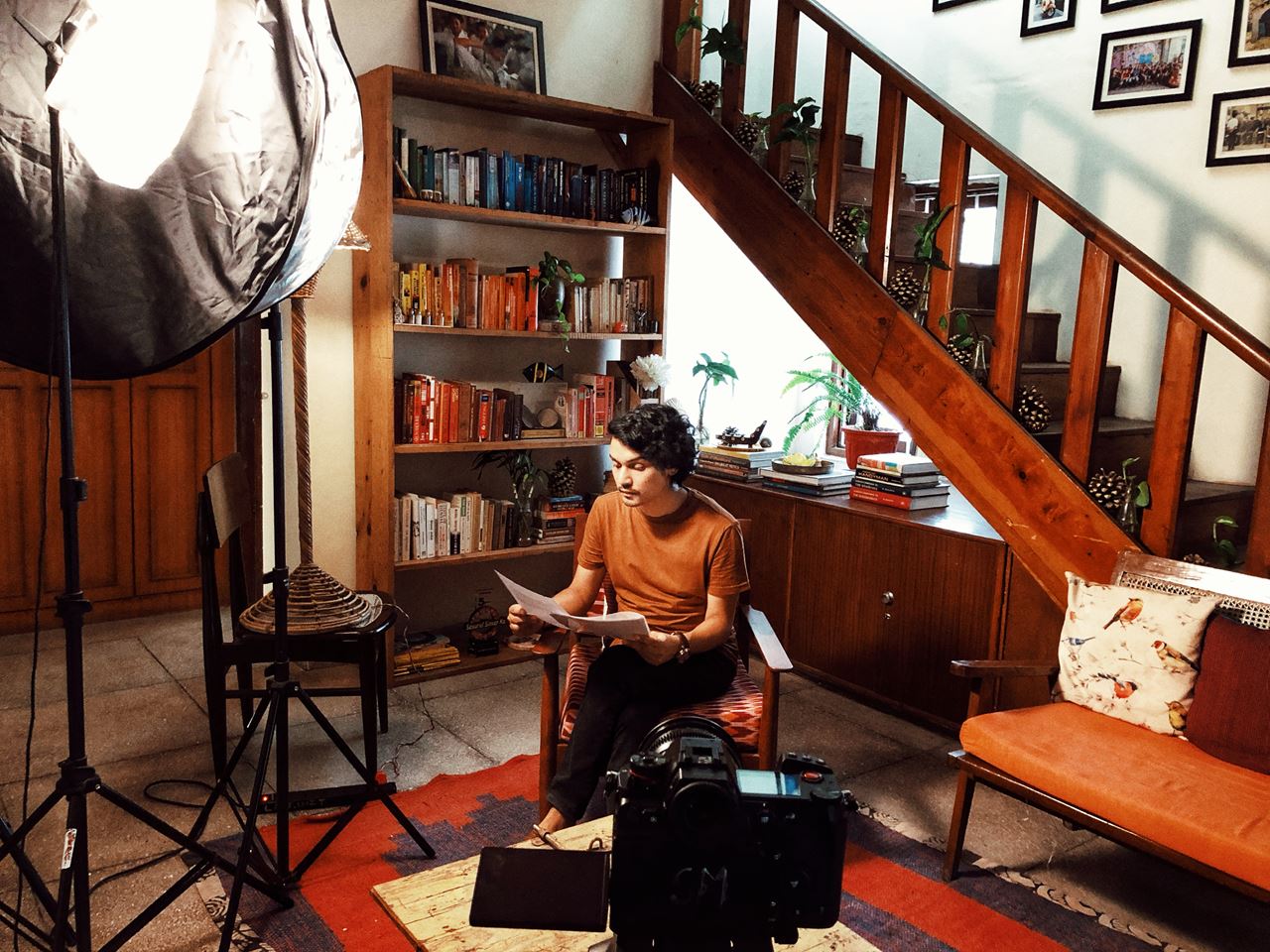 Deepak started gathering life lessons at the age of fourteen, inspired by his mother’s wisdom. She encouraged Deepak and his sister to get an education because “she [his mother] had been pulled out of school in grade 5 by her grandmother who didn’t want her to study with boys—or study at all.” For a long time, Deepak didn’t quite believe his mother, because, he reasoned, how else could she win every argument and be so well read? “My mother always said, ‘It’s a fact, I didn’t go to school, but the truth is I learned simply by living, and life has been my classroom.’ I thought, well if she’s learning simply by living, then everyone who’s living is learning something. And where can I find that information?” It was then that he started collecting people’s life lessons.

Deepak Ramola grew up in North India in Dehradun, which he describes as a small yet beautiful mountain city. His father is a chef in the Indian Armed Forces, and his mother is a homemaker. When he was growing up, his parents were very loving, kind, and empathetic, acting as positive role models. Deepak performed well in school, scoring in the top three percent of his class and participating in extracurricular activities. But he had a hard time making friends. Starting in grade six or seven, he was severely bullied, largely for the tone of his voice. “I had a very feeble voice and nobody wanted to sit with me because I sounded like a girl or a kid.”

Deepak’s teachers helped him tremendously, and he specifically remembers one interaction that changed his life forever. His English teacher, Mrs. Pragati Kapoor, took him aside because he was crying. He had just been bullied, and she asked him if he liked his voice. When Deepak said he didn’t know, Mrs. Kapoor asked if he would be okay with not being able to speak the next day. Deepak said no, and his teacher reaffirmed to him that he did in fact like his voice, and that, as a result, no one could make him feel bad about it. He says that was one of the best things that happened to him: “I was able to channel my pain into my strength. I said, people are going to make fun of my voice, but let me say things that they cannot make fun of, so what the voice says is more important than what my voice sounds like.” Deepak took that determination and went on to become a lyricist, a spoken word poet, and an inspirational speaker. Just last week, Deepak published his first book through Penguin Random House: “50 Toughest Questions of Life.”

While Deepak believes everyone has something to teach, he focuses on children because he sees them as future ambassadors for curiosity and kindness. “I ... wanted to create an intervention early on with children, because that’s the foundation. As adults, we try to fix things, but as children, we build things. I thought, if I participate and collaborate with children from a young age, into their learning environment and ecosystem ... we might be able to achieve a bigger impact.” Some of his most meaningful experiences have come from teaching children. Many of these children have become his heroes, including those he worked with during the Syrian refugee crisis in 2016 and those he taught in Afghanistan under the Taliban. Most recently, he was inspired by children in Pittsburgh whom he worked with over the past two months. 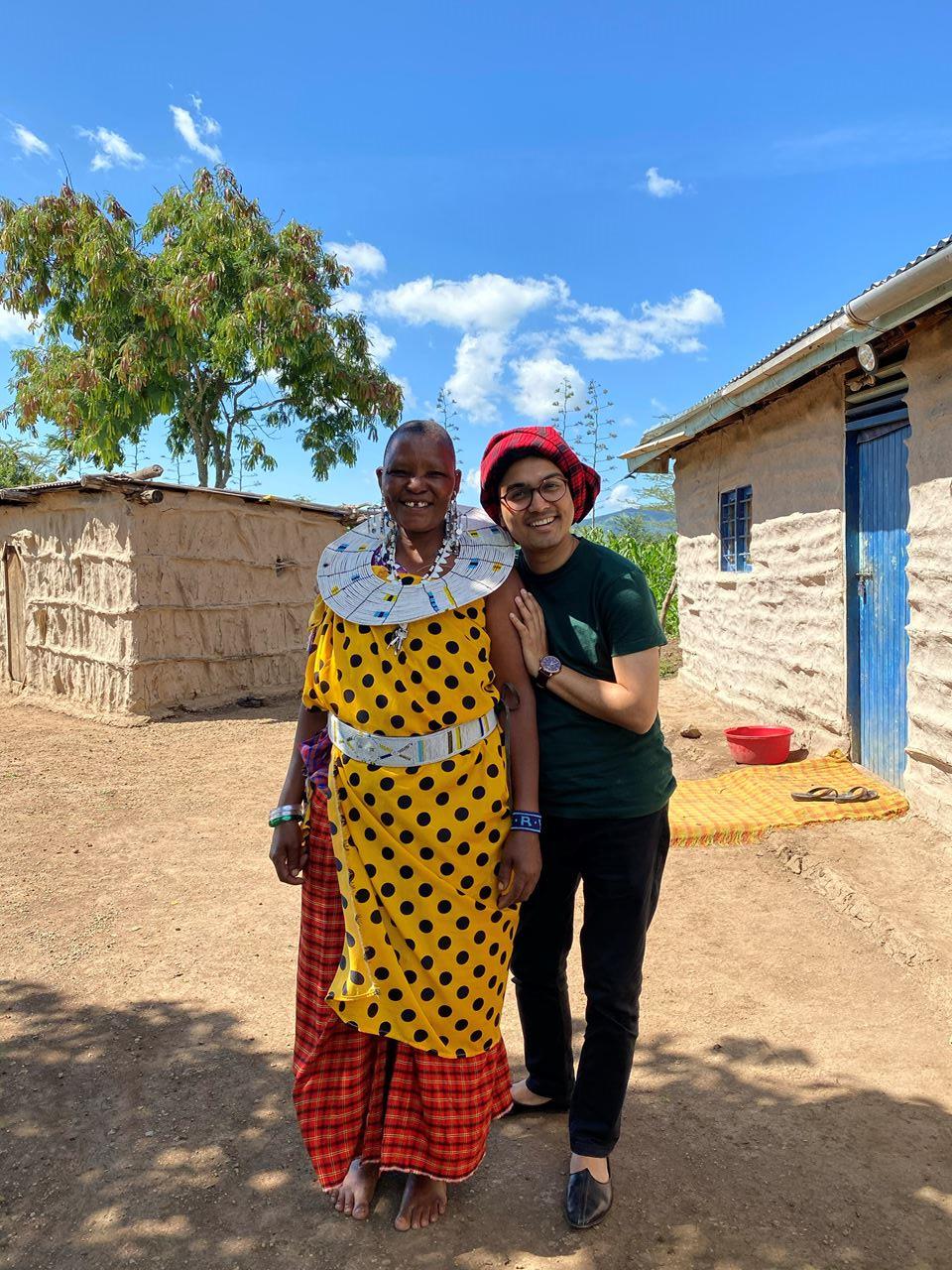 Deepak Ramola in Khati, Uttarakhand, IndiaPhoto courtesy of Deepak RamolaAcquiring life lessons from such diverse youths and adults, he finds there is a common thread to most people’s experiences: “Most life lessons come with the undertone of hardship and struggle and the power of overcoming it,” he says, “which is very comforting, because that means even in our pain the most beautiful lessons are emerging that the world can benefit from. That reassures me and comforts me on a personal level.”

Deepak and his Project FUEL crew were used to hopping flights for their international workshops, until the coronavirus pandemic halted their mobility. However, he’s grateful that he now has time to dig into projects in New Delhi and give online sessions “With COVID, I feel we are passing on the wisdom that we had accumulated in real time to many people. And it’s being used, because now people want wisdom, they want solutions for their problems in a way that they never wanted or needed or aspired before.”

Deepak and Project FUEL also started a project called FUEL One Million, with a World Wisdom Map in which they aim to collect one million stories from around the world. “My goal is to create a culture where wisdom is equal or more of a currency than money,” Deepak says. “Where people just don’t put monetary value to things, but learning and knowledge and wisdom can also be a currency that you transact with people in the way you give them importance. With every single project that I’m trying to do, that is the culture that I’m slowly trying to create, where a beggar on the street and the president elect of the United States both get celebrated for what they know today and how they evolve from that learning to something better.”

Moving forward with his personal and professional mission, Deepak desires to “create more educational resources and training programs for teachers in academic and non-academic settings.” He hopes his story collection can be used for data science and digital humanities. He hopes to write more books, create more projects, and, ultimately, create a world where every story counts. He expects to find more heroes in the life lessons he acquires. He says, “My heroes are all those people who are not afraid to share what they have learned; who are not afraid to own their story and pass it on; who are not afraid to admit that life is hard, but being angry about it solves nothing. My heroes are people who are in the pursuit of becoming a constellation, not just a star.”