"I stand here today as proof that you can live a normal and empowered life with mental illness."

- Demi Lovato at The Democratic National Convention in July 2016 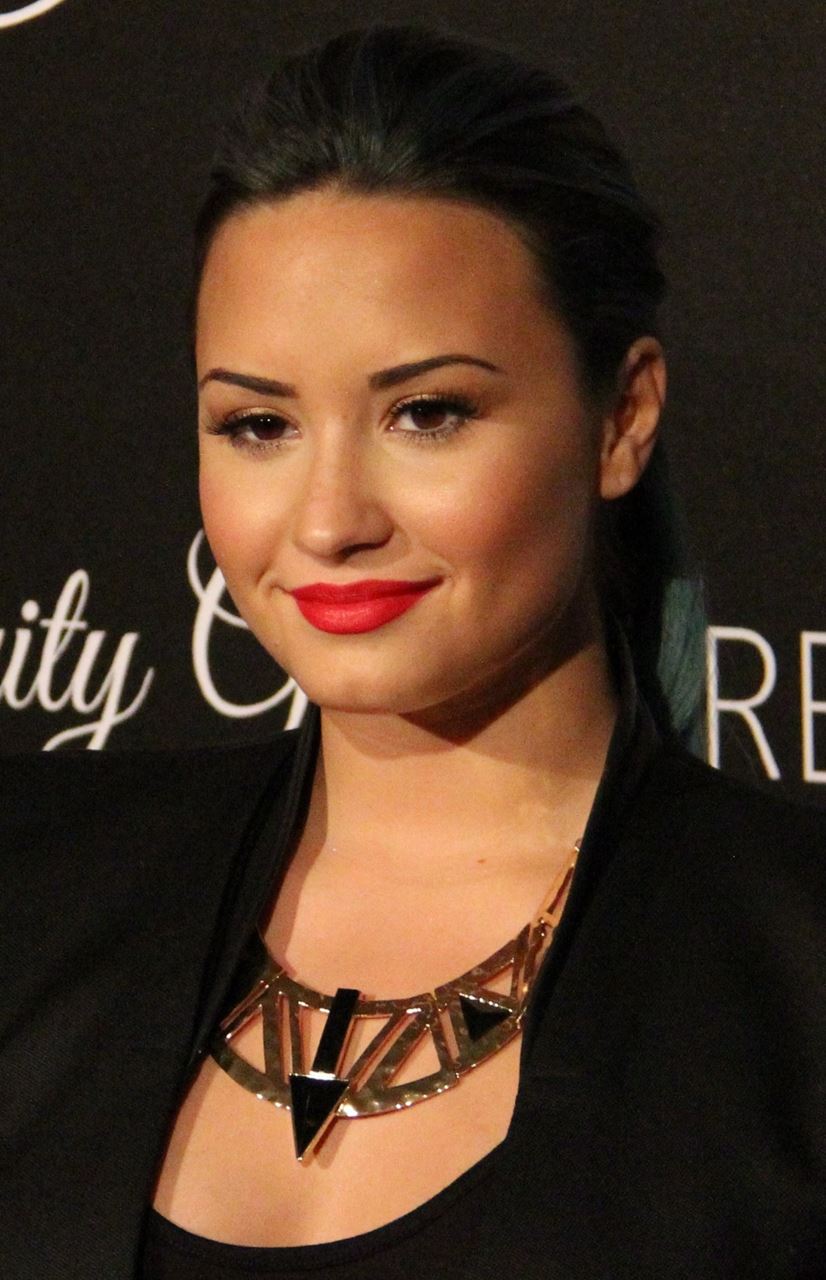 Demi LovatoNeon Tommy / CC BY-SA 2.0 via Wikimedia Demi Lovato was flying high with her career, multiple chart topping singles and albums, undeniable success with Camp Rock and starring in the hit Disney Channel show Sony with a Chance. It was Demi Lovato, the picture perfect image created for young girls like me to idolize, to aspire to be. Little did I know that I was idolizing "Demi," not Demetria, and that there was a person inside that was just waiting to come out. I remember the night I found out that rumors of Demi's self-harm were going around. Images of her wrists all over the internet, raising questions on what was truly going on with her behind the scenes. I remember quickly defending her to my family before the reporter was even finished speaking, but the rumors ended faster than they were started, and nobody ever heard of them again. All of her fans went about their days thinking that everything was fine, but Demi wasn't. A few short years after that it was announced that Demi had punched a tour dancer during her concert run with Camp Rock 2, and that she would be dismissed from the tour immediately to be checked into rehab. Everything went insane after that; the reports, the rumors, the statements, the lies, nobody knew what the truth was. They simply saw her as another train wreck coming out of child stardom. I refused to believe it; I knew the person that I had idolized was still there and that she was stronger than all the words people were saying about her. In reality, Demi had been struggling immensely behind the scenes. She was living this illustrious career in the eyes of the public, while she was personally dealing with issues like bulimia and drug abuse, to name a few. The incident with the dancer was a result of being caught with her drug abuse and the risk she ran of getting caught, so she decided to attempt to threaten the person who might expose her.

Many people were wondering if Demi would be able to bounce back, immediately assuming that her career was over, or that she would have a few hits during a return, just to fall again like others. Demi finished her time in rehab, but by that time her time at Disney had come to an end. No more films or television shows. She did have her music though, and that was always her true artistic form in many ways. Demi's follow-up album after rehab was appropriately titled Unbroken, an album she later paired with a mini documentary titled Demi Lovato: Stay Strong, in which she discussed all that she had gone through. A few albums later and success on the rise, Demi was back in her stride. That was further proven, but slightly set back with her next Youtube documentary Simply Complicated, in which she admitted to being under the influence during her first documentary. It wasn't thought about too much when she said this because Demi was celebrating five years of sobriety by that point. With the release of her single Sober the following year, eyebrows were raised when she admitted that after six years, her sobriety was no longer. That was the year Demi suffered from an overdose in which she almost lost her life.

Throughout all of this time, Demi was an incredible advocate for mental illness, eating disorders and bullying in the industry. She was not afraid to talk about these topics because her struggles with them had been so openingly documented for years now. Instead of continuing to hide behind everything that she went through, she stood tall and strong and used her platform to bring attention to issues that many people were too afraid to speak upon. Lovato has partnered with charities such as STOMP OUT Bullying and National Alliance of Mental Illness. She has become an incredibly vocal advocate for body positivity in Hollywood and how women are held to unrealistic beauty standards in the eyes of the industry. Lovato has documented her continued acceptance of her body and understanding that her body is not like those she saw in magazines growing up. She has called out previous members of her team for watching what she ate before major photo shoots and even going as far as getting her fruit for her birthday instead of a cake as they continuously controlled her. On multiple occasions Demi has called out many for photoshop and for continuing to post images that promote and unrealistic body image for females. She also partnered with Global Citizen as a Mental Health Ambassador leader, in which she plans to use her social platform to help bring awareness to the issue around the world as well. A continued advocate of mental illness as she deals with bipolar disorder, Lovato also released the Beyond Silence documentary that follows three individuals as they deal with their different mental illnesses. At the 2016 Democratic National Convention, Demi also delivered a speech in which she advocated for politicians to pass laws that provide treatment of mental illness to all those in need of it. Making it a point that she was lucky enough to get the necessary help, but not many people are as lucky. Her advocacy for mental health recognition in politics dates back to 2014, when she also delivered a speech at the National Alliance of Mental Health Action day. 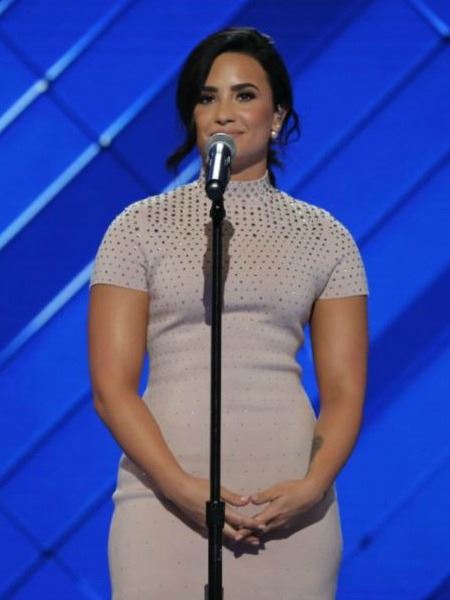 Growing up as a woman in an age of change is both difficult and beautiful, but being a part of that change is something that isn't done as often as it should be. As someone who has such a large platform in the industry, whose words can reach millions in a matter of minutes, Demi proves that somebody can bounce back and can show to the world that there is so much we don't know about these kinds of issues. She has survived her mental illness on multiple occasions and continues to advocate for the importance of something that effects so many people. Not only does she give a voice to those who have felt unheard for years, she has kept her voice in the conversation for all these years because she knows the change that is needed and it can be done. As a young woman in this world, seeing somebody like Demi who looks like me hold her head up high in this industry the way that she does is an inspiration. I have said it before to many and I will say it again, Demi Lovato is one of my heroes. She has shown me what it means to be a powerful woman in an industry/society that is constantly tearing people down. She shows that it is okay to be unapologetically yourself. She has proven to me that it is possible to be beautiful just the way you are and to love yourself for your imperfections. Most importantly, she has shown me that those things about you that people try to single you out for or make you feel bad about do not define you. That you are more than your looks, more than an illness and more than a disorder. I know for a fact that she inspires so many with everything she does and says, just like she inspires me. Not only has she proven that mental health is a difficult but necessary conversation, she has also proven that society needs to do better by the women in it, and she gives hope that we are all well on our way to change. Demi Lovato hasn't lost her voice no matter how many situations and people have attempted to take it away from her. Which reminds me that nothing and no one can take away mine either.

Demi Lovato - The official site for the singer

https://www.indy100.com/article/demi-lovato-mental-health-addiction-advocate-best-help-fans-8462641 Demi Lovato: 7 of her most powerful moments of public support for mental illness and addiction