by Jake Sanderlin from San Diego, California in United States 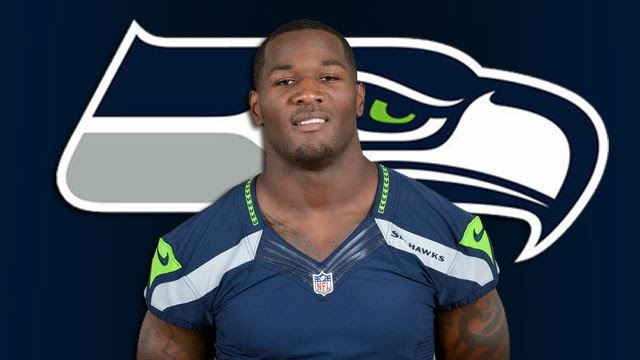 Derrick Coleman Jr.KayKiSpeaks.comLike many other athletes, Derrick Coleman Jr. beat the odds, and made it to the NFL. However, he had one extra obstacle that separated him from the rest. Derrick Coleman Jr. is legally deaf. Not only has Coleman made the NFL, he has a huge impact off the field. Derrick was born October 19th, and found out at the age of three that he was legally deaf. He didn't let it stop him from being a normal kid, and found ways to play the sport he loves today. In high school he was a star at the tailback position, and continued his astounding play through college. At the end of college, he continued on to sign with the Seattle Seahawks, and eventually win a Super Bowl Title. With new found stardom, he established the No Excuses Foundation. This foundation allowed him to help disabled kids reach their dreams. In many people's eyes, a hero possesses the ability to work hard, and be an inspiration to those who look up to him. Derrick Coleman Jr. perfectly exemplifies a hero, and demonstrates that through dedication and hard work, anyone can achieve his dream. He is a true inspiration to all who know his story, especially disabled kids. 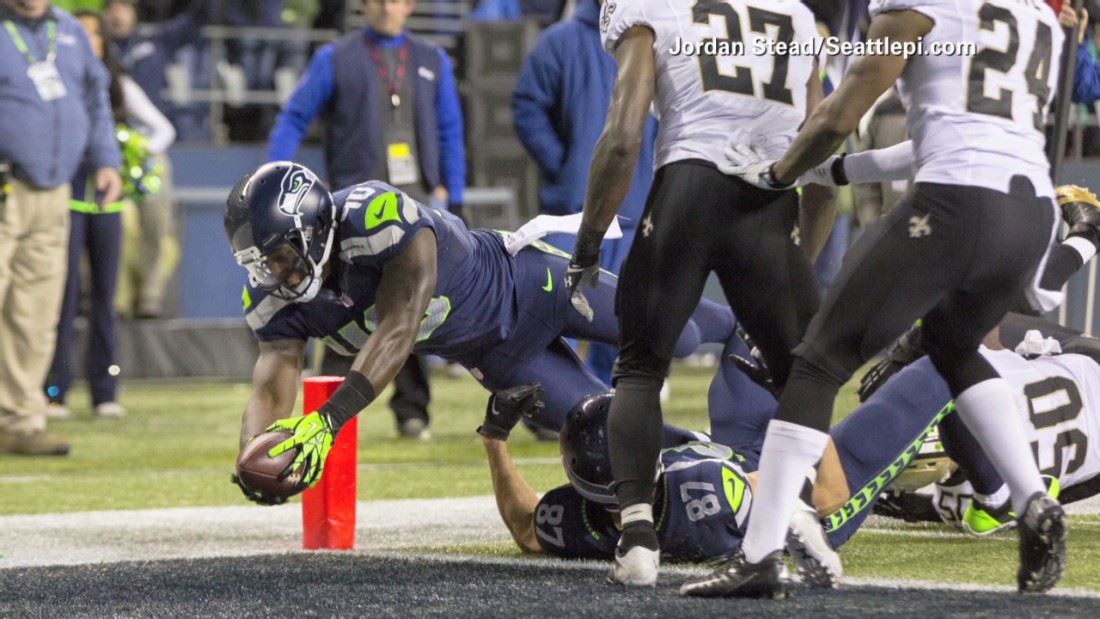 Coleman scores his first touchdown against the New Orleans SaintsSeattlepi.comColeman’s hard working mindset makes him a real life hero. While training for Pop Warner (a youth football league) to stay in shape, he displayed his work ethic: “I started going to the gym three times a week… I did workouts at home too” (Coleman). Not only was he working out at the gym, he had the motivation to work out on his own. He wanted to prove to himself that he could be as skilled as anyone else. His passion and dedication for the game drove him to work harder than anyone else, in order to overcome his disability. These work habits of his never changed, as the author of a GALE Database biography illustrates. The authors shares Coleman’s continued success, stating, “Coleman scored his first NFL Touchdown against the New Orleans Saints...and captured a Super Bowl Title” (Derrick). When describing Derrick’s “first NFL touchdown” the author proves that after all the work Derrick put into this game, he was finally rewarded with success. If it wasn’t for his relentless determination to get better, he never would’ve improved enough to even make the NFL. However, not only did he end up making the league, he played a key role on a championship winning team. This proved anything is possible with hard work and determination.

Another reason Coleman is a true hero is due to his ability to inspire change for kids with disabilities. Coleman was the star in a Duracell commercial, giving him more popularity. People all over the nation knew his story, and it touched one kid in particular: “Nine-year old Riley Kovalcik, who was hearing impaired herself, wrote Coleman a heartfelt letter, encouraging him to keep doing his best” (Derrick). When the author states that Kovalcik was “hearing-impaired herself,” it shows how the she was able to connect with Coleman. She also wrote Coleman a “heartfelt letter” which demonstrates how Coleman’s story inspired her to reach out to Coleman herself. She knows what it's like to be one of the “different” kids, and understands what Coleman suffered through at times. She used his story to remind herself that if Coleman could persevere, than so could she. In addition, Coleman used his success to make the No Excuse Foundation. When talking about the message of his foundation, he says, “I need to make sure everybody knows they’re not alone. I want to build a community where everybody’s picking each other up” (Bresnahan). When Coleman talks about “not being alone,” he’s saying that no one can do everything on their own. Everyone needs help in being successful. This quote is specifically geared towards disabled kids, who went through struggles Coleman can relate to. He doesn’t want the kids of today to deal with the same problems he faced, and hopes to encourage others to help provide these kids with a chance to prosper. With the No Excuse Foundation, he believes he’ll motivate kids to reach their dreams, and not allow them to make excuses for why they can’t obtain these goals. 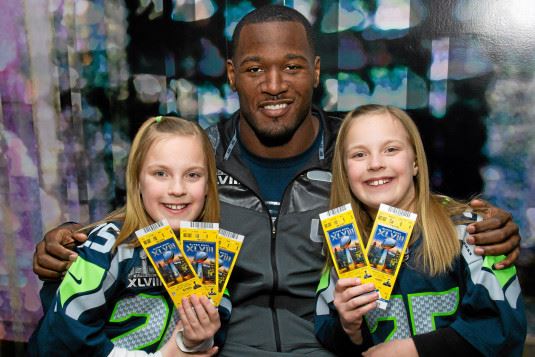 Coleman giving tickets to his fans: Riley Kovalcik and her twin sister Erin dailynews.comDerrick Coleman Jr. is hero that demonstrates hard work, and his story of dedication to his craft inspires disabled kids all over to have their own success. Derrick’s rise from a high school star to a Super Bowl champion was truly astonishing. Not only was he amazing on the field, but off the field as well. His No Excuse Foundation helps disabled kids around the nation, so they have a chance to reach their own goals. Coleman inspires others with his story, and not just disabled kids. Anyone who’s ever faced an obstacle in life, who’s been told that they're not good enough, told that their dreams will never come to fruition, can be reminded by Coleman’s story. Reminded that they can overcome their obstacles, they can achieve their dreams, and they can succeed in life. Not only is Coleman a hero, but he inspires others to act as he does. “People say, you're an inspiration by the things you do, and I tell them you can be an inspiration too... Just be who you are” (Bresnahan).

Derrick Coleman: The deaf Super Bowl champion who broke the sound barrier - Article about Derrick Coleman Jr and the impact he's made with his story told on the CNN website.
No Excuse Foundation - Coleman's own website where he explains the goals of his foundation, and donations can be made to help the "hard of hearing community."