by Ekaterina Budilina from Lausanne in Switzerland

Everyone has his or her own hero. For me, this person is Diana, who was the Princess of Wales. Diana was born on the 1st of July, 1961. During her lifetime she became Lady Diana Spencer when she married Charles who is the Prince of Wales.

Diana had two children, whose names are William and Harry. She raised them and taught them everything. Diana was also a hero as a mother. 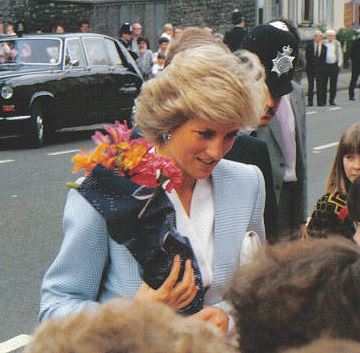 Princess DianaWikimedia commonsDuring her life Diana did lots of good things for other people. Diana was famous for her charitable work and she was involved with lots of volunteer projects. Also she was a person who could visit the patients in hospitals, make them happy and just talk to them.

Diana traveled around the world for people who needed help. She visited many hospitals, such as Great Ormond Street Hospital for Children in London, and hospitals in India and Zimbabwe. Diana helped many AIDS patients. There was one patient whose name was Gavin Hart, who said, “Diana was the foremost ambassador for AIDS awareness on the planet and no one can fill her shoes in terms the work she did,” in his interview with Harpers Bizarre in 2018. It meant that there was no person who could do that work better than her.

Diana passed away after an awful accident in a tunnel in Paris. There was a car crash. There are still many opinions about who was the one to blame. Some people think that the accident happened because of Diana’s popularity, as there were lots of paparazzi in Paris. Others believe that the driver had too much alcohol in his body, but this is unclear. But for everyone thought was shocking news and everyone cried.

In my opinion, Diana was a very outgoing, positive and kind person. Today people want to continue the work she did. Everybody loved Diana for her kindness, generosity and sincerity, and now everyone misses her very much. I think that Diana is an example for everyone and someone to look up to. She is a hero!