by Amber from Waseca

I only hope that we never lose sight of one thing -- that it was all started by a mouse.

Walter Elias Disney is known as a famous cartoonist and for making DisneyWorld and Disneyland. His dream was to become a cartoonist and his dream came true.

Disney was born in 1901. He, his sister Ruth and his brother Roy, grew up in Chicago, where they attended Benton Grammar School.

Walt Disney could draw and had a very active imagination. In fact, he spent most of his time drawing instead of doing school work. As a result, he didn't get good grades and finally dropped out of school to work as a paperboy.

In 1918, during the Great War, he drove an ambulance for the United States Army. After the war was over, he returned home and continued drawing.

In 1923, he got a contract to make several cartoons. He and Roy moved to Los Angeles to set up the Disney Brothers Cartoon Studio. Here they made the "Alice Comedies" and "Oswald the Lucky Rabbit." Things took off in November of 1928 when Mickey and Minnie Mouse made their debut in "Steamboat Willie." This was the movie that made the characters and their creator famous.

Disney experimented with Technicolor and animation styles. In 1932, he won an Academy Award for "Flowers and Trees" in the best cartoon category. It was the first of 32 Academy Awards which Disney would win in his life.

"Snow White," which took three years to make, was released in 1937. The first live action Disney movie, "Treasure Island," came out in 1950. By then, Walt Disney could do anything he wanted. He made Disneyland in 1955 and wonderful, enjoyable movies like "Cinderella," "Sleeping Beauty," and many others, which appeared both in theaters and on television. His "Disneyland" TV series ran for 29 years, a record for a prime time show.

Walt Disney accomplished many of his dreams. Before his death in 1966, he purchased the land for DisneyWorld in Florida, but he never lived to see it completed.

Janice from Cypress, California wrote:
My hero is Walt Disney because he created a need for more artists and gave people a creative outlet.

Rena from Farmington Hills, Michigan wrote:
My hero is Walt Disney because he influenced kids all over the world with movies and animation.

Eve from Jefferson City, Missouri wrote:
Walt Disney is my hero because I like his characters. He is a great man. I also like Disneyland! I've been there five times.

Barry from Hollywood, California wrote:
My hero is Walt Disney. He was a genius and he dedicated his genius to making people happy. I've never seen a place as amazing as Disneyland.

Daniel from Ormstown, Quebec Canada wrote:
My heroes are Jim Carey and also anyone who works at Disney. Jim Carey is my hero because I love funny people and have always wanted to be funny in class with my friends. He's the perfect example. Disney workers are my heroes because I love drawing and am getting really good. My dream is to work at Disney when I grow up. 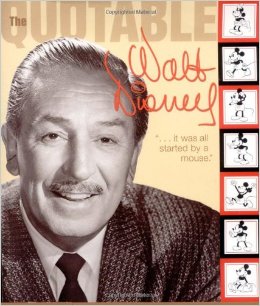 My hero is Walt Disney. I chose Walt Disney because I like his movies and I enjoy Disneyland. I also like the way he kept trying to become a cartoonist and his love for drawing.