by Madeline Kloberdanz from San Diego, California in United States 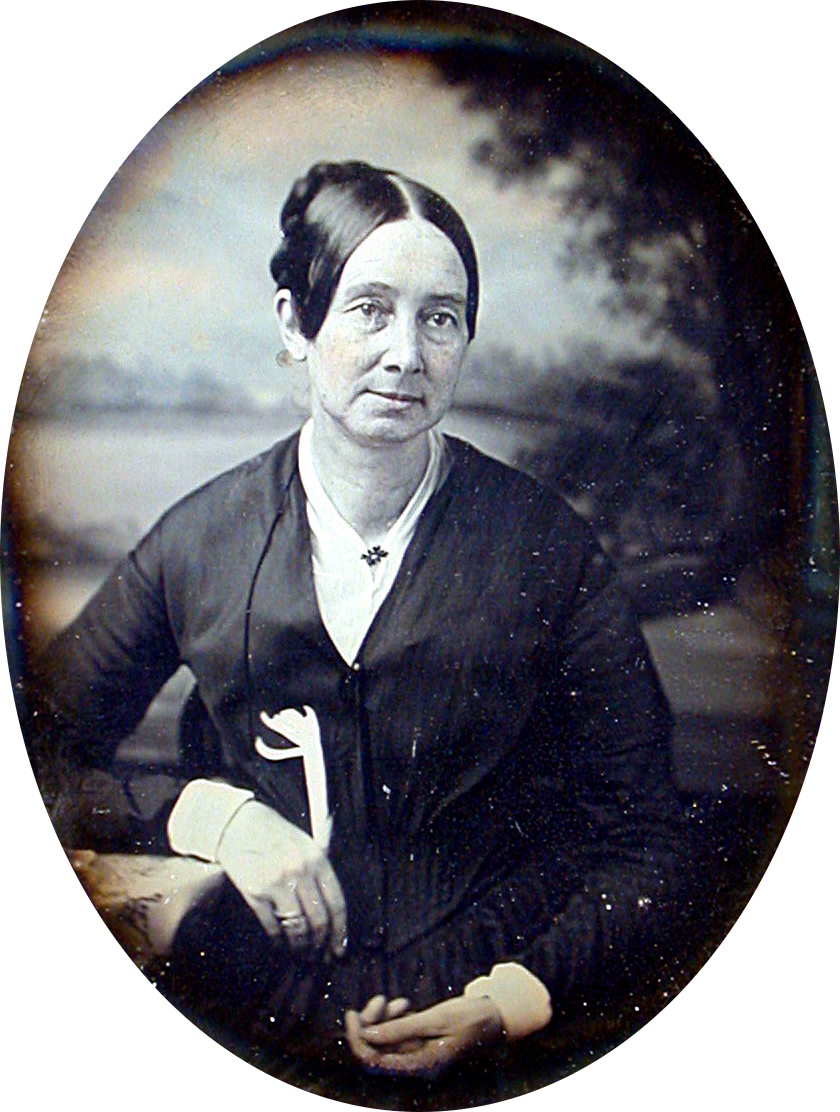 https://commons.wikimedia.org/wiki/File:Dorothea_Lynde_Dix_c1850-55.pngSamuel Broadbent [Public domain]“I proceed, gentlemen, briefly to call your attention to the present state of insane persons confined ...in cages, closets, cellars, pens; chained, naked, beaten with rods, and lashed into obedience” (“Dix, Dorothea”). Dorothea Dix, a mental health reformer, wrote these words. She is the reason conditions like these are unheard of in today’s hospitals. The incredible accomplishments of Dix are the result of various events in her life; one could say that her upbringing allowed for her success in her first career, teaching, and her later passion, mental health reform. Joseph and Mary Dix raised Dorothea in Hampden, Maine, and some sources say that she was unhappy at home. This may have been why she moved to her grandmother’s house in Boston in 1814, where she later opened a school for young wealthy women and a free school for impoverished children. In 1835, poor health forced Dix to give up teaching for two years, so she took this time to travel. After returning, she was unsure about her future, particularly about her future in teaching. Four years later, she volunteered to teach a Sunday class at a jail, where she discovered that the prisoners and the severely mentally disordered were living in horrendous conditions. This event began Dix’s journey in reforming mental health treatment. For someone to do something heroic, they must possess the strength to stand up for a cause, even when it gets challenging; they also must possess the selflessness to put others' needs before their own. With these two traits, a hero can help others and can better the world around them. Dorothea Dix selflessly traveled around the world to observe the procedures and treatment of the mentally ill and the poor. She then courageously presented her findings to the court and changed the world of medicine and psychology with new laws and ideas regarding the proper treatment of the poor, of the imprisoned, and of the mentally ill; this selflessness and strength are what make Dix a hero.

The unique selflessness of Dorothea Dix enabled her to put others before herself. She selflessly endured mental and physical pain so she could positively change the lives of the less fortunate. Rather than only visiting facilities in Massachusetts, “Dix went on to other northeastern states...visiting jails, almshouses, and hospitals, studying their needs, and eliciting help...for building and renovating facilities and for improving treatment. During these years she founded new hospitals…In Rome...She negotiated an audience with Pius IX, who...ordered construction of a new hospital and a thorough revision of the rules for the care of mental patients” (“Dorothea Lynde Dix”). In Rome, she took the time not only to review the conditions of hospitals but she also personally negotiated for the construction of a new hospital and for the improvement of mental health treatment. Based on what she discovered during these visits, Dix passed a law and also proposed a bill called the “Bill for the Benefit of the Indigent Insane,” which would allow for more housing for the insane. Aside from the president's eventual vetoing of the bill, state legislature initially approved it; these two bills introduced the idea of humane treatment for the mentally ill (“Library Collections”). This was helpful to Dix because it familiarized many people with her cause. By getting approval to build more state hospitals, several mentally ill people were now able to have housing and treatment. Dix’s actions allowed for the housing and treatment of several mentally ill people. Dix was constantly helping those that could not help themselves. She was unpaid and didn’t have a permanent home, but she fought relentlessly for the humane and compassionate treatment of those with mental disorders. There are many other instances in which Dix acted selflessly; although she dedicated her life to helping others with their struggles, she also faced her own obstacles. But, “Despite bouts of ill health...Dix traveled ceaselessly across the country, lobbying for the construction of state mental hospitals. Once in Texas, after her stagecoach became mired in mud, she even spent the night in the bottom of a gully. Without a permanent home, Dix spent much of her life moving between boarding houses…” (Dwyer). Without pay, Dix traveled around America, unsure of where she might sleep each night. Her frequent onset of illnesses did not stop her, either. Many would give up after struggling as she did, but Dix went on to live like this for years. She never took a break from her efforts in mental health reform, no matter what her current living conditions or situations were. Because of her selfless actions and the relentless spreading of her message, Dorothea Dix is a hero and an inspiration. She was a selfless woman who helped others at a great cost to her. She sacrificed her comfortable home and financial security in order to change the world; this selflessness is what qualifies Dix as a hero. 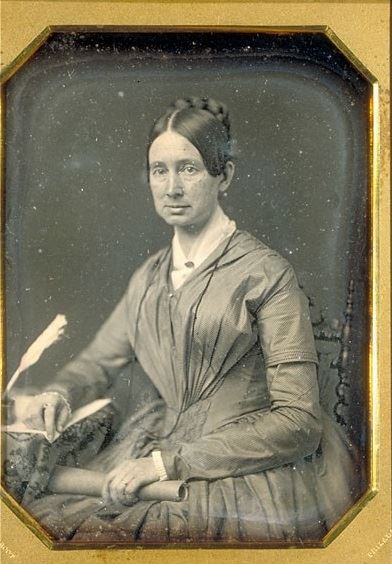 https://commons.wikimedia.org/wiki/File:Harvard_Daguerreotypes_-_bMS_Am_1838_(994.7)_-_Dorothea_Dix.jpgHoughton Library [Public domain]Dix’s confidence and strength allowed her to take a stand against the abuse that she observed in her many years of crusading and research. Dix was one of the only women in her field, and therefore she only worked alongside men. This would be intimidating for some, but Dix didn’t let it show, and she certainly didn’t let fear hold her back. According to Graham Warder, “Dix’s efforts took her outside the accepted cultural norms of behavior for women. In 1843, women could not vote, and respectable women were expected to remain within the private ‘sphere,’ the world of children...and home...she assumed a public role very rare for a woman of her generation” (Dix, Dorothea Lynde). Despite the societal expectations for women at the time, Dix would never stop helping others. It can be said that she was unconventional and rebellious in her ways. For example, she never married and never had any children, which was extremely uncommon at the time. Many of her actions led to criticism, but she held her head high. Dix worked to gain the respect of the men working in the same field as her and the people in the legislative body. Because of the strength and confidence she possessed, Dix was able to fully immerse herself in the field of mental health reform. She didn’t feel the need to conform to the domestic ways of a woman in her time. On the subject of Dix’s personal life, some details are unclear, but some of her personal accounts show that she “...had personal experience of mental instability that drove her to focus on the issue of asylum reform...she may have been neglected by her parents, and...been unhappy at home” (Parry). Because Dix suffered from chronic illnesses, many believe that she struggled with depression. However, this did not stop her from creating change in the world for the abused and mentally ill. She used her struggles—her own experience with mental illness and abuse at home—to make other people’s lives better. Dix used her strength to overcome personal obstacles; then, rather than dwelling on her hardships, she used her experiences to help others. Dorothea Dix defined what a successful and meaningful life meant for her, instead of allowing society to influence her decisions. She overcame these, and several other struggles that she faced in her personal life. Because of her strength and ability to overcome any challenge, Dorothea Dix is a hero.

Overall, because of Dorothea Dix’s selflessness, she traveled around the world to observe the abysmal conditions of the poor and mentally ill. She took these findings into court and her strength enabled her to confidently tell others what was currently wrong with these systems and what needed to happen to make them better. After a successful career in teaching, Dix found her calling in the field of mental health reform. On her journey around America and Europe, she helped countless people by recommending reforms in hospitals and by getting approval for new hospitals and facilities. Dorothea Dix inspires me because, as someone who aspires to work in the medical field, I look up to her actions and her strong desire to make a real change in the world. More importantly, without her actions, many of my friends and family may not be able to receive the psychological treatment that they need. Without her strong resistance to the abuse that she saw, the psychological and medical help that much of my family rely on for their well-being and happiness would not be as advanced as it is today. Dix was the first person who truly began to make progress in this area of reform, and paved the way for many reformers and health or psychology professionals to come. Dorothea Dix inspires me because of her unwillingness to give up or give in; she went far beyond the expectations for a woman at the time and lived her life according to her own beliefs. She is an inspiration for all because she demonstrated how anyone with genuine passion and willingness to do something or make a change in the world can do so, regardless of their circumstances and regardless of what people expect from them. We should all live our lives a bit more as Dorothea Dix did and make our own way in the world because you never know what might happen if you just break free from the expectations placed upon you; you just might change the world.