Dr. Gladys West: The Pioneer in Mathematics That Gave Us GPS

‘The world is opening up a little bit and making it easier for women, but they’ve still gotta fight!’ - Dr. Gladys West 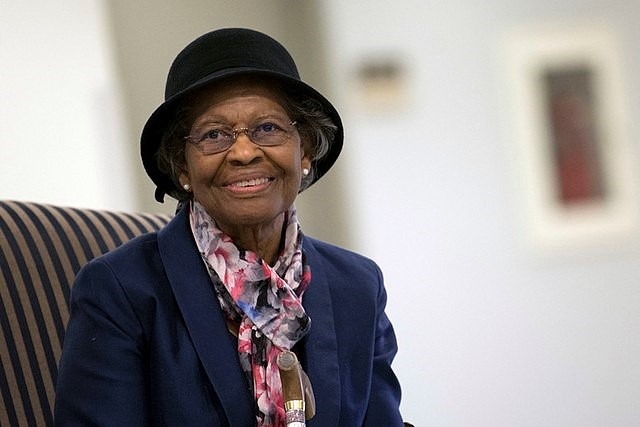 Dr. Gladys West is inducted into the Air Force Space and Missile Pioneers Hall of Fame during a ceremony in her honor at the Pentagon in Arlington, VA, Dec. 6, 2018.Adrian Cadiz/Wikimedia CommonsAmerican mathematician and creator of an extremely precise geodetic model of the Earth, Dr. Gladys West, celebrated her 92nd birthday on October 27 this year. After years of her contribution to the invention of the Global Positioning System (GPS) having been largely forgotten, in recent years her story has come to light once again.

Born in a rural area of Virginia, Gladys West worked on her family’s small farm throughout her childhood but decided that she did not want to be a farmer and that education would be her path to something different. She was valedictorian in her high school and earned a scholarship to Virginia State College, majoring in mathematics. Once she graduated, she began teaching and did this for several years.

Soon after, West was offered a position at the Naval Surface Warfare Dahlgren Division but turned it down due to the need to interview; she didn’t have a car and wasn’t able to locate Dahlgren on a map. She was also worried that she would be rejected anyway, because of her race. Groups like the Klu Klux Klan were also active, which contributed to her fears about moving to a rural Southern State.

However, in 1956, the Dahlgren Division reached out to her again, offering her the position without the need to interview. She accepted the position, which involved analyzing data from satellites, and became the second black woman they ever hired.

At first, Gladys West and her colleagues worked on paper but once computers came into play, her job became spotting and correcting the mistakes made by the computer. West explained that ‘nine times out of ten [the computers] weren’t completely right, so you had to analyze them and find out what was different to what you expected.’[1]

After her involvement in an award-winning study in the 1960s, West worked as the project manager of The Seasat project, which was the first Earth-orbiting satellite able to remotely sense oceans. From the mid 1970s to 1980s, she programmed an IBM 7030 ‘stretch’ computer, which enabled her to create an extremely accurate geodetic model of the Earth, which even considered gravitational and tidal forces that can affect the shape of the Earth.

This model then became the foundation for the Global Positioning System (GPS).

Despite her vast contribution to the system, after West’s retirement in 1998, her contribution was largely forgotten.

Some years into retirement, West suffered a stroke. However, she didn’t want to let this slow her down. She explained that ‘all of a sudden, these words came into [her] head: “You can’t stay in bed, you’ve got to get up from here and get your PhD!”’[2] After studying remotely with Virginia Tech, Gladys West became Dr. Gladys West in 2018.

Her story came to light once again when she submitted an autobiographical piece to her sorority as part of an event for alumni. At last, she found some recognition for her work and, on December 6th 2018, was inducted into the U.S. Air Force’s Hall of Fame.

Dr. Gladys West now wants her story to inspire other young women pioneers. Whilst she acknowledges that ‘the world is opening up a little bit and making it easier for women,’ she adds, ‘but they’ve still gotta fight!’[3]