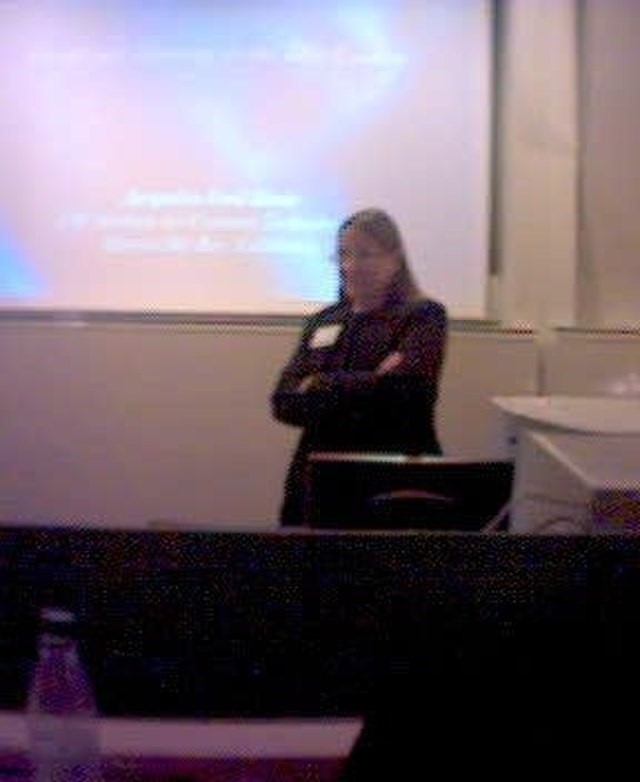 It was during her time there that Dr. Ford Morie built the virtual world ‘Virtopia,’ which consisted of eight carefully designed virtual reality worlds, each aiming to evoke a different emotional response from the user. ‘Virtopia’ was the first ever worked of its kind to be featured in a Film Festival; it was presented at The Florida Film Festival in 1992, and then again in 1993 with various amendments.

She then went on to help found the University of Southern California’s Institute for Creative Technologies, and patented a ‘scent collar,’ which was designed to release particular odors to enhance various immersive experiences. This influenced her next work, ‘Memory Stairs,’ which was made of several VR life events spanning from birth to near death. This piece included not only the immersive visual world, but 3D audio, scent and more.

In 2016, Dr. Ford Morie was responsible for the creation of the VR world ‘ANSIBLE’ for NASA, which is a virtual ecosystem which emulates the conditions that future astronauts will experience when embarking on long and trying expeditions to Mars. ‘ANSIBLE’ was designed to aid in the extensive training process.

Dr. Jacquelyn Ford Morie continues her work with her company, All These Worlds LLC, in which she has built VRs to aid soldiers and veterans in their journey to better health, wellness and mindfulness.

“Sometimes life, as you are living it, takes twists and turns you never expect. This is especially true if you are following your bliss, as Joseph Campbell advises us to do. My path was lucky enough to have included roads that led to early computer graphics as well as being able to discover how to make those into engaging and meaningful virtual reality experiences. In the end, we are each composed of atoms and energy, experiences and memories. And being able to make such wondrous constructs that enable deep memories with immersive technology has been one of the joys of my artistic career. I hope my receiving this award inspires even more creators to make wondrous works in the new immersive media, taking them to the next stage of their evolution.”[1]

Her pioneering of VR technology and artistic ability utilised to evoke emotional responses through the immersive experience makes Dr. Jacquelyn Ford Morie a hero in modern science and technology. She is an inspiration to young, creative minds across the globe.