"So imagine you're a young, middle-eastern man..." 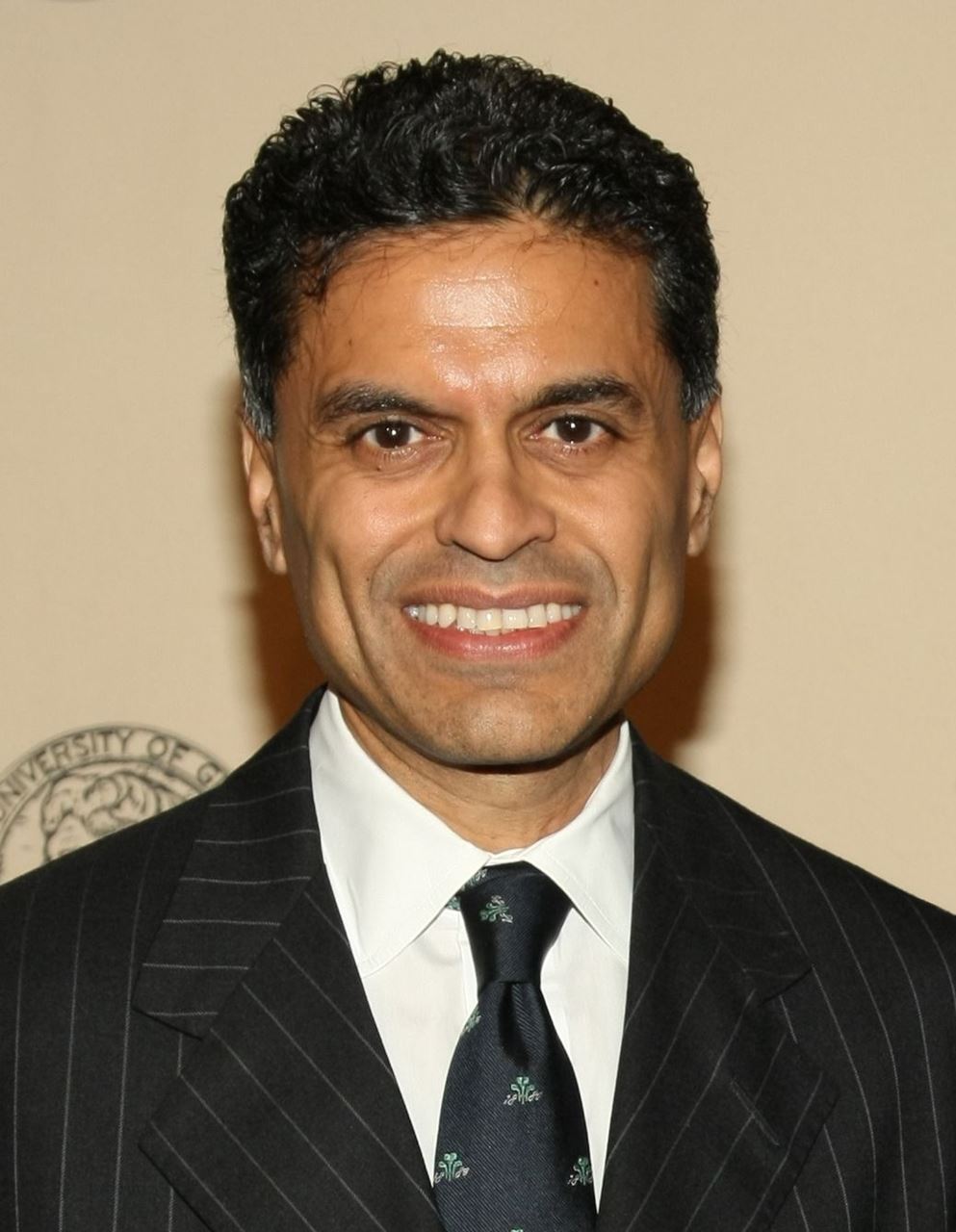 Born and raised in Bombay, India, Dr. Fareed Zakaria comes from a family of achievers. His mother was the editor of the Sunday Times of India. His father was a leading politician in Bombay. “We knew everybody,” Zakaria says. “We saw the best architects, government officials, and poets all the time. Nothing seemed out of your reach.” - a lesson that was lost on neither of the Zakaria children. While Fareed's brother Arshad is head of investment banking at Merrill Lynch, Fareed is emerging as one of the most influential, original voices in American foreign policy and politics.

Primary school for Dr. Zakaria began at a private school in Bombay. Though his family were practicing Muslims, Dr. Zakaria and his brother attended a British Anglican school where each day began with Christian hymns. It was here that Dr. Zakaria would receive a crash course in Western culture and where he would develop a keen sensitivity to the differences that exist between the Islamic and Western worlds.

Dr. Zakaria recognized politics as his calling as an undergraduate at Yale. He earned his PhD in political science at Harvard University where he taught international relations and political philosophy. At the age of 28, he became the youngest managing editor in the history of Foreign Affairs, the leading journal of international politics and economics. That brought Dr. Zakaria to New York, where he continued building his reputation writing op-eds for the New York Times and where, in 2000, he became editor of Newsweek International. His column appears in Newsweek, Newsweek International and often the Washington Post, making it one of the most widely circulated columns of its kind in the world.

These are busy times for Dr. Zakaria. He is a frequent contributor to The New York Times, The New Yorker and The Wall Street Journal. He offers political analysis on ABC’s “This Week” with George Stephanopolis, and has appeared on programs like “Firing Line,” “The News Hour” with Jim Lehrer and “Meet the Press.” He edited the book “American Encounter,” authored “From Wealth to Power,” and most recently published “The Future of Freedom, Illiberal Democracy at Home and Abroad.” He’s won many awards from organizations like The Overseas Press Club, The National Press Club and The Deadline Club. In 1999, Esquire named him one of the 21 most important people in the 21st century. He lives in New York City with his wife, son and daughter.

What seems certain is that we haven't heard the last of Dr. Zakaria. As a Harvard-educated, politically conservative Muslim, he offers the world a rare perspective on East-West relations.

What ultimately made Dr. Zakaria my hero, however, weren't the honors and credits and degrees that he has earned but one eye-opening speech I had the honor to witness in Montreal last March. One part Middle Eastern history lesson and one part self-examination, his speech was made unforgettable not just in the way he expressed his own beliefs, but in how he empowered the audience to reassess theirs.

Dr. Fareed Zakaria is a handsome young man with a scholarly air. The cut of his jet-black hair is, like his suit, conservative and crisply tailored. He has a way of disarming an audience with his humble manner and genuine smile. But like many over-achievers, Dr. Zakaria doesn't linger long in the smiles and small talk of introductions before getting to his point.

“Why do the people of the Middle East hate us?”

Judging by the silence that followed, the question was one that hit home for much of the North American audience, one that many of us had wondered about, perhaps even answered in our own limited frames of reference. Those frames of reference, the mindsets of the mostly American, mostly white, mostly monolingual audience, were exactly what Dr. Zakaria had come to expand. 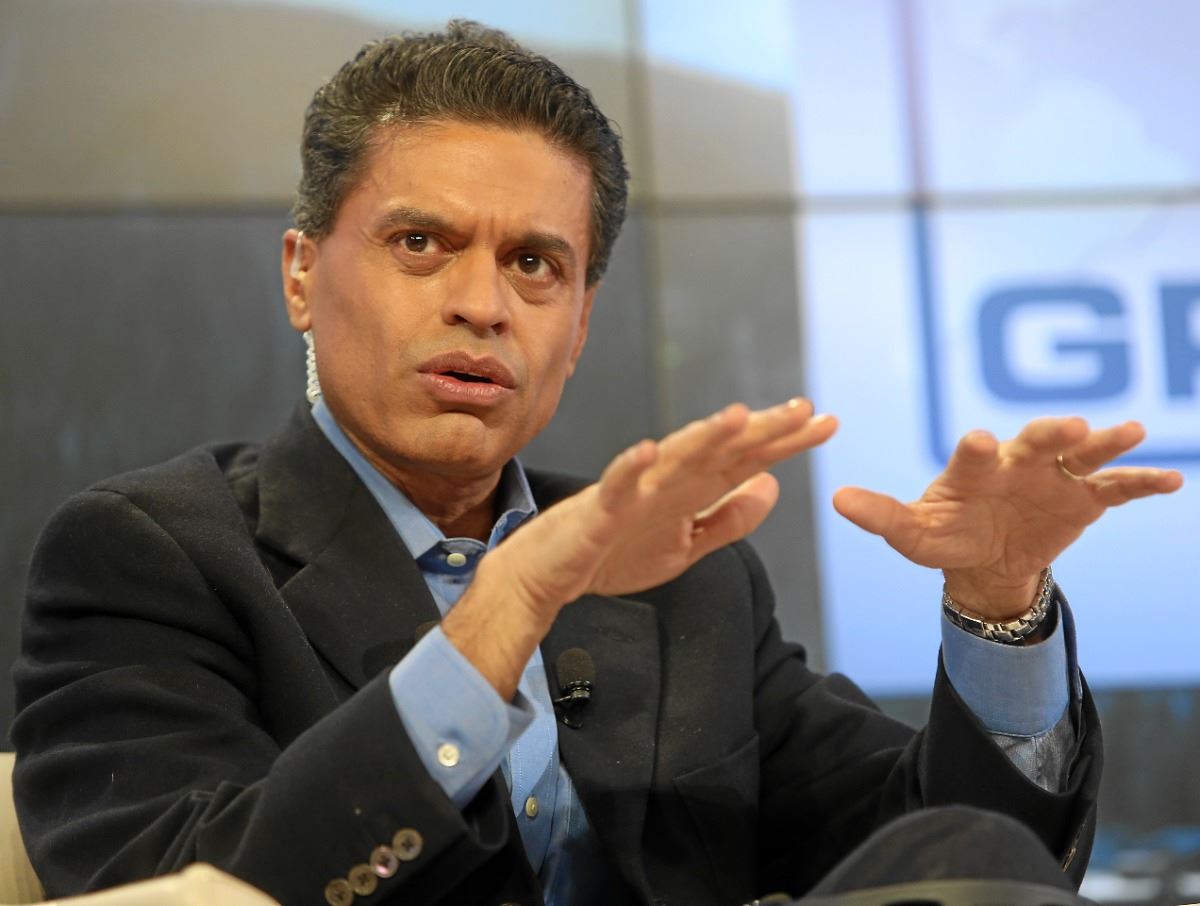 “Think back (to) 1940. If you were to have said, what part of the world would be the most hostile and oppositional to the Western world fifty years from now, very few people in 1940 would have picked the Middle East. (At that time) the Middle East was full of hope. It was just going through independence from its colonial masters… Why did the Middle East morph further and further into stagnation and tyranny? It’s very simple really. It’s one word – three letters. Oil.”

“Oil means you don’t have to do the hard work of modernizing your country and building a true market economy… of investing in the infrastructure and education of people. So oil produces economic retardation. But it also produces political retardation. Throughout Western history, liberty has actually been the bi-product of taxation, believe it or not. What do I mean by this? If a country doesn’t have oil or diamonds or natural gas and it needs money, the government only has one choice: to tax you. But when it taxes you, it has to give you something back in return in the form of accountability. You demand it. In the form of transparency, in the form of good government, in the form of representation.”

“The Saudi monarchy has a slightly different bargain with its people. It says, ‘We won’t tax you. And we won’t represent you.’ No taxation. No representation. And this is at the heart of the political stagnation that has taken place in the Middle East.”

The goal of any committed journalist is to relay the story in an unbiased way. But this reporter’s country was at war. Over the past several years, I’d developed my own ideas about terrorism and suicide bombers and what kind of societies might spawn them. Dr. Zakaria’s attempt to give us a greater understanding of the disconnect between the people of the Middle East and their governments initially elicited a knee-jerk response akin to “Duh. Of course there are problems with the governments ‘over there.’ Isn’t that why we can’t get along? You can’t talk with those guys.” But perhaps this is where Dr. Zakaria was leading us all along – to our least informed, most biased beliefs about these people whom we’ve never met.

“So imagine you are a young, Middle Eastern man. And you’re watching in 1989, or 1991 or 1992 as countries around the world are going through an extraordinary period of change. Eastern Europe is watching communism crack and crumble. In South America, the juntas are giving way to democratically elected governments. In East Asia, the one-party states and the military dictatorships are yielding to genuine liberal democracies. Even in Africa, you are watching Apartheid crack and crumble.”

“But there is one part of the world, your world, in which nothing is changing. Nothing. It is not an exaggeration to say that in the Middle East you have had a reversal of this extraordinary historical pattern toward greater and greater democracy. That is to say the countries of the Middle East are less free than they were thirty five years ago. Because the governments have become stronger and the oil revenues have bought them a kind of police power that they have never had.”

It was about this time that I began to understand what Dr. Zakaria had come to say. I remember turning the page as my notes grew. I remember putting my pen to the paper to try and capture the essence of what I’d just heard and I realized that, in the very act of relaying these thoughts to you, I was exercising a right that many of the people of the Middle East had never known. I wasn’t going to be arrested. I wasn’t going to be questioned. I wasn’t putting my family in danger. And yet, under those kinds of circumstances… if I had no future, no chance to make a better life for myself, no hope for uniting my community against injustice, no voice to speak out… to be heard… no hope. What would I do? What would I do without hope? What would you do?

Dr. Zakaria continued, “There are two theories as to how you bring political reform in the world. One is the silver bullet theory. You kill the evil guy, the evildoer, and somehow good will reign. Well, we’ve killed the evildoers in Afghanistan and Iraq, and you might have noticed, good is not yet reigning. The second approach I will call ‘The Long, Hard Slog.’ This suggests that yes; you can actually change the world. I think that American aspiration is entirely noble. But it is a long, hard slog. It’s a lot of small things that you do every day in the form of foreign aid, cultural exchanges educational reform, legal reform, and that, over time, those accumulate to produce an internal and organic change in these societies that makes them modernized.”

“You have to, in some way, be able to get inside the mind of that 22 year-old Arab man and get him to see that he has a future – and a happy future in the modern world – so that he doesn’t believe that it’s worth taking his life to do this."

To change the facts inside men’s hearts and souls. Is there any loftier ambition? Apparently, there's still not much the doctor considers to be out of his reach. And yet, sitting there as the other attendees made their ways toward the exit, exercising my own right to put pen to paper, I realized that ‘changing the facts inside men’s hearts and souls’ was precisely what Dr. Fareed Zakaria had accomplished this day… if only the carelessly tended facts in the heart and soul of one American.

The International Institute for Strategic Studies - The IISS was founded in 1958 in the UK by a number of individuals interested in how to maintain civilised international relations in the nuclear age. Much of the Institute’s early work focused on nuclear deterrence and arms control and was hugely influential in setting the intellectual structures for managing the Cold War.
The Carnegie Endowment for International Peace - The Carnegie Endowment for International Peace is a private, nonprofit organization dedicated to advancing cooperation between nations and promoting active international engagement by the United States. Founded in 1910, its work is nonpartisan and dedicated to achieving practical results.

The Future of Freedom: Illiberal Democracy at Home and Abroad
Fareed Zakaria