Dread Scott: A Revolutionary Artist Fighting For An Oppression-Free World 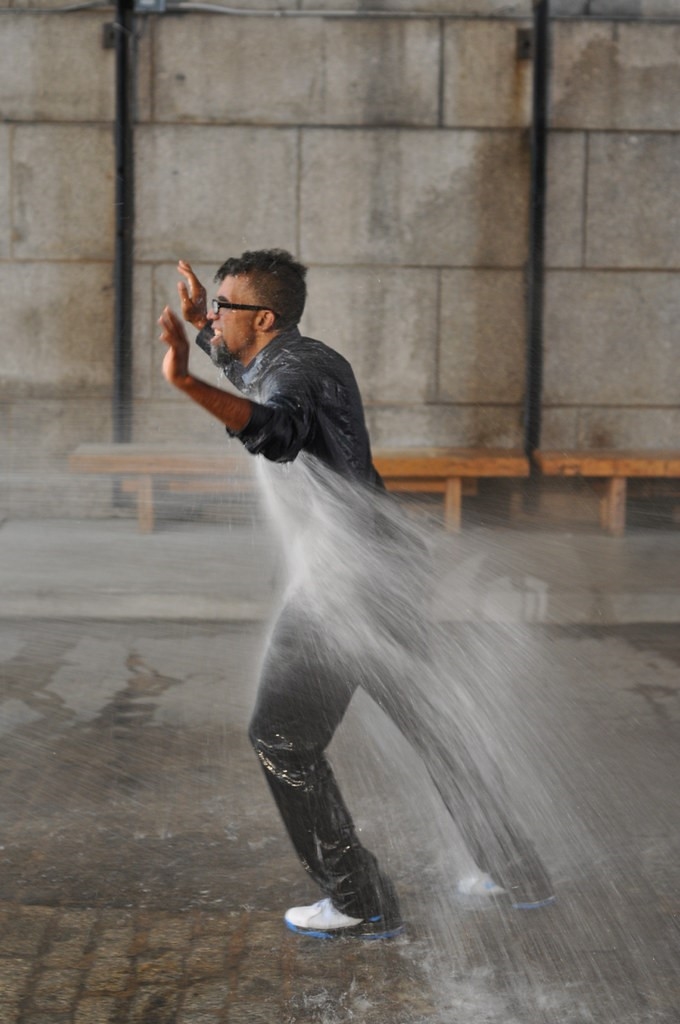 Dread Scott performing On the Impossibility of Freedom in a Country Founded on Slavery and GenocideFlickrScott Tyler, famously known as Dread Scott, is an American revolutionary visual and performance artist and activist who, utilizing different mediums, focuses on showcasing the African American experience in today’s U.S through art. In an interview with MY HERO’s Eva Haller, Scott expressed, “I make revolutionary art to propel history forward… We need to fundamentally and radically transform the world the way it is, and my art is about helping people bring this new world into being.” Born in Chicago, Illinois in 1965, Scott’s work has been exhibited both in the U.S. and internationally, in venues such as the MOMA PS1, the Walker Art Center, and Gallery MOMO in Cape Town, South Africa.

Through a wide range of media––video, installation, performance, photography, painting, and printmaking––Scott has created numerous unique and impactful pieces, each special and different in its own way. In an interview with MY HERO, he stated that a lot of his artwork “looks at how the past not only sets the stage for the present, but how it exists in the present in new form.”

One of Dread Scott’s most notable works is The Slave Rebellion Reenactment, a community-engaged art piece and film production performed in the river parishes outside of New Orleans in November 2019 commemorating the German Coast Uprising of 1811, the largest rebellion of enslaved people in U.S. history. This work, organized and imagined by Scott, involved hundreds of locals of the area who served as re-enactors, and costume designers. Bearing period-specific clothing, the participants passionately marched for a span of 26 miles for two days. When talking to The Guardian about the inspiration behind his piece, Scott shared, “Other people have tried to mark this event [the rebellion] often focusing on the brutality, and the suppression of the rebellion. What I’m interested in is the liberatory aspects of the people who were fighting to free themselves… It is a hugely significant event in U.S. history, and the history has been buried.”

Scott’s work is also greatly known for placing an emphasis on community, and involving others’ participation. After a long process of conversations with local Black people who could potentially participate in the reenactment, along with meticulous planning, preparation, and rehearsal, Scott had created a powerful, inspiring, and unique work of performance art. When asked by the artist why she wanted to become involved in the piece, one of the re-enactors said, “It’s important for this generation to know that we’re not the descendants of slaves, we’re the descendants of people that were enslaved. And you’re at your current position because of the resistance.” Another participant stated, “If people know about this history, I think it’ll spark rebellion in people today.” Scott also noted that his work is not only aimed at honoring and inspiring the Black community, but all people of color (BIPOC) by stating that “people are reevaluating the position of Black people in American society in a way that they haven’t for about forty years. And it’s not just for Black people. This is a question for [any] people who wish to be free from this oppressive society.”

Additionally, Scott’s both most famous and controversial work is the 1989 What is the Proper Way to Display a U.S. Flag? In a TED Talk focusing on this piece, Dread Scott explains that he presented this work as an installation aiming for audience participation as a student at the School of the Art Institute of Chicago. Raising the question of “how should the American flag be used and portrayed?,” this piece created great national controversy, encouraging people to reflect on their definition of American patriotism, and the state of their nation. Despite the hate of numerous nationalist veterans, and a disgraced President Bush Sr., Scott is ultimately proud of the great impact that What is the Proper Way to Display a U.S. Flag? caused. In his TED Talk, he passionately shared, “Social change is hard, but ideas matter tremendously,” encouraging those involved in the fight for freedom and equity to continue no matter what.

To learn more, go to: https://www.dreadscott.net/